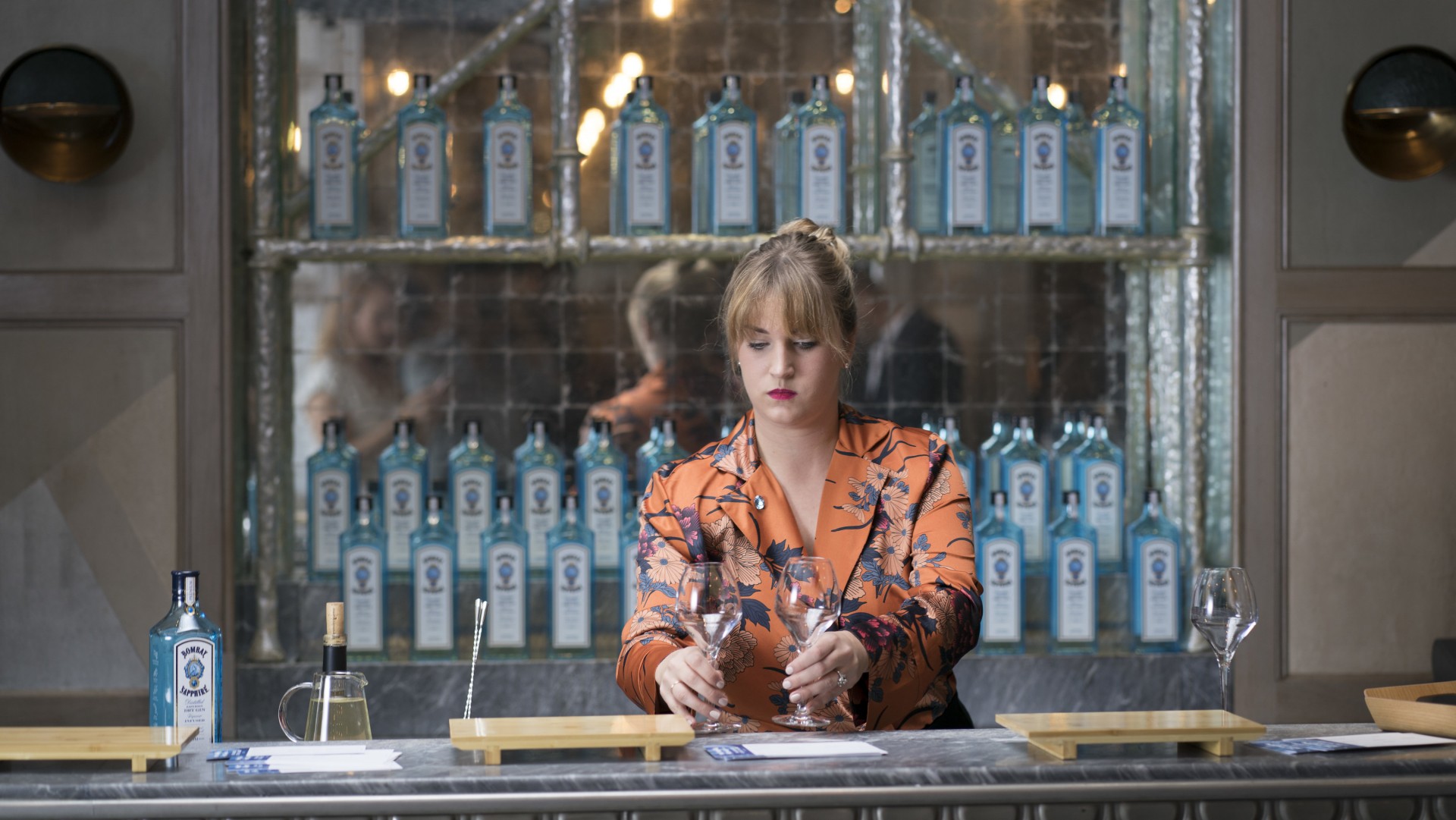 One of the queens of Columbus cocktails recently announced that she will be creating a new boozy kingdom to reign over. Annie Williams Pierce and her husband Luke will be opening Law Bird, a wine and cocktail bar taking over Village Pet Supply at 740 S. High St.

In 2017, Pierce earned the title of the United States Bartenders Guild’s “Most Imaginative Bartender,” beating out mixologists from 33 North American cities in the Bombay Sapphire-sponsored competition. She was also the first ever female to win.

The contest included four challenges, one being commanding a London bar for an evening of attention from reporters, global brand ambassadors, industry titans from the U.S., England, France, and others.

Pierce will use the skills honed at the competition plus the experience she picked up at her other gigs at The Sycamore, Curio, The Crest Gastropub and Brothers Drake, plus the speakeasy pop-up she co-founded, Four Thieves Thirst Parlour, to bring Columbus a new and funky drinking experience. Guests can also expect a small, curated beer selection and a light menu of snacks and small plates.

Law Bird, going into the quaint storefront at the corner of Frankfort and High, will join the growing Brewery District neighborhood of newly-opened business like Ambrose & Eve and Antiques on High.

Stay tuned for more information on Law Bird including its offerings and when it’s expected to open.

With meat shortages starting to take their toll and National Brisket Day around the corner here's a roundup of some spots you can go to to get your brisket fix.

Once the flood of COVID-related documentaries start to infiltrate our Netflix and Hulu feeds, one of the most debated topics will be which smoking gun the auteur chooses. NBA player Rudy Gobert recklessly rubbing his hands over every microphone during a press conference days before testing positive comes to mind first. The spring break bro who wouldn’t let the virus stop him from raging will make its rounds. Even the scene at Standard Hall made some people’s skin crawl.

The Ohio Investigative Unit will be doing its best to monitor situations at restaurants and bars in order to prevent any future anecdotes like the ones listed above. Local law enforcement agencies will be assisting the OIU to make sure that establishments are complying with the Dine Safe Ohio order. With the issues that were brought up following the opening of outside dining on May 15, the OIU has made specific stipulations for patrons to follow:

For those who have no shame dancing by themselves in public, you’re golden. However, patrons can be written up for not following the OIU’s guidelines.

Some people may be able to shoulder a citation, but bars and restaurants are the ones who have the most to lose here. In a press conference on May 18, Gov. Mike DeWine mentioned that OIU will issue citations that could result in the permanent loss of liquor licenses.

So once again the ball is in the consumer’s court: follow these very simple rules and avoid the risk of putting your favorite restaurants and bars out of business for good. In 2020, being spring break bro is the worst look.