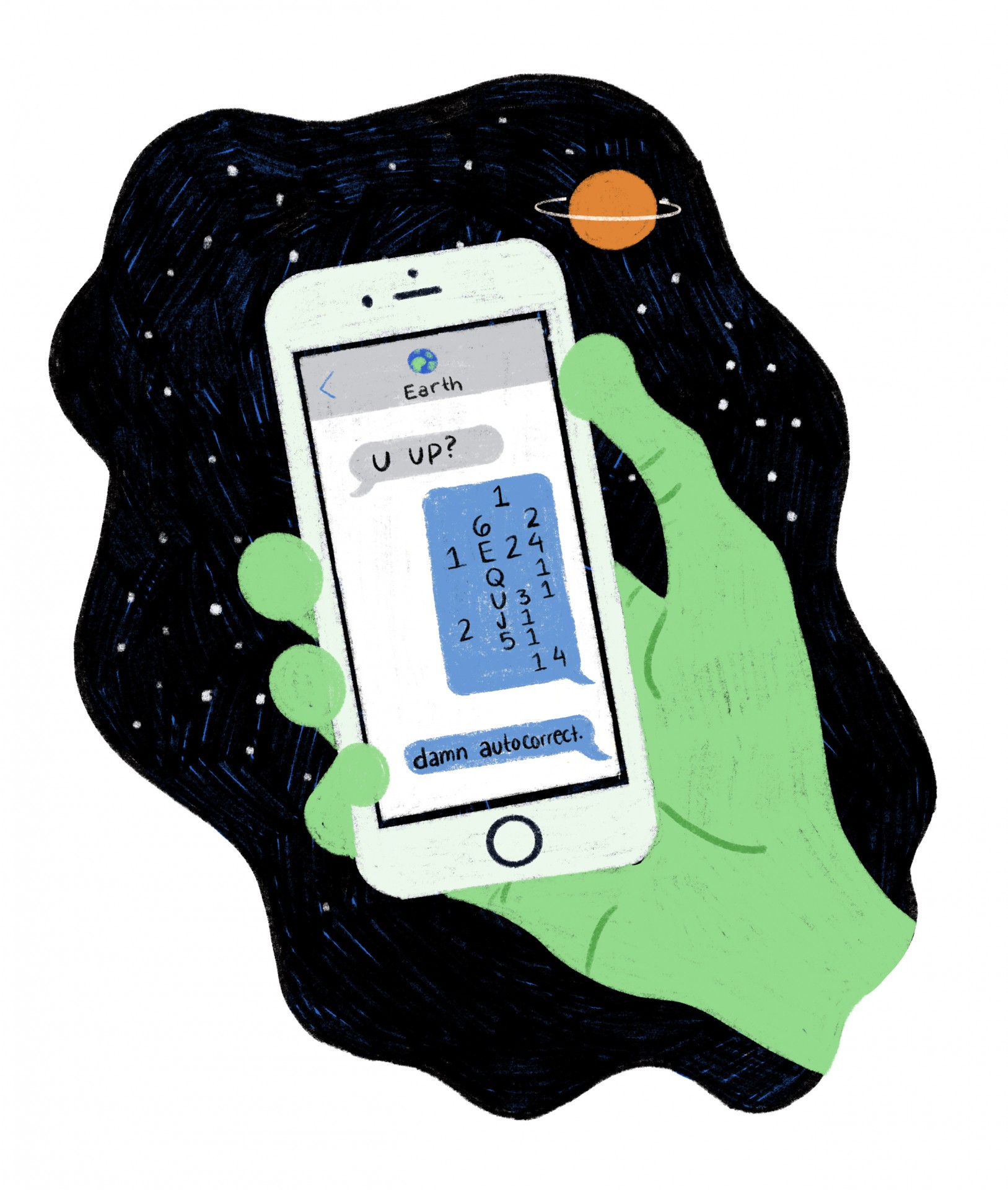 IN THE DAYS when Star Trek and Star Wars had yet to be conceptualized, and science fiction consisted of Invasion of the Body Snatchers and Forbidden Planet, The Ohio State University began a most ambitious task—the construction of a radio observatory that would scan the skies for extragalactic radio frequencies and their sources. The rectangular radio telescope’s main reflector measured roughly 338 feet by 108 feet and became known as the “Big Ear.” It sat on the grounds of the Perkins Observatory at Ohio Wesleyan University.

Initially, the Big Ear was used to scan the Andromeda Galaxy, and then complete the Ohio Sky Survey. It detected quasars, objects emitting intense radiation, and edge-of-the-universe stuff generally considered boring to non-astronomers. In 1972, federal funding for the Ohio Sky Survey was cut, but the Big Ear continued to turn its “eardrums” towards the astronomical ultimate: the Search for Extraterrestrial Intelligence (SETI). And now Columbus, sporting its overcast skies, rising a mere 900 feet above sea level, and being forced to use volunteer astronomical staff due to funding cuts, was doing only marginally better than E.T. using a jacked-up Speak & Spell to make interplanetary contact.

Which is apparently all it takes, in terms of the universe of chance.

While volunteering one August evening in 1977, Columbus astronomer Jerry Ehrman glanced over the Big Ear printouts and saw a literal “off- the-chart” signal. He circled the alphanumeric sequence “6EQUJ5” on the printout and scribbled “Wow!” in red pen in the margin, giving the phenomenon the name the “Wow! signal.” The pulse of radio energy had come in at 10:16 p.m. on August 15.

“It was the most significant thing we had seen,” said Ehrman in a 1994 interview with The Cleveland Plain Dealer.

The narrowband signal lasted for 72 seconds and was determined to come from somewhere within the constellation Sagittarius. The “U” value of the sequence, in particular, was the largest ever recorded. The frequency of the Wow! signal was near the frequency emitted when neutral hydrogen produces light. Because hydrogen is the most common element found in the universe, SETI researchers have theorized that intelligent beings would know of its presence and use that frequency to communicate.

The Wow! signal prompted a search of the sky with more sensitive instruments, and…crickets. Nada. Nothing.

The signal source appears to have vanished. Although many experts have tried, no one has ever been able to fully explain or debunk the Wow! signal. One of the latest such unsuccessful explanations was a pair of comets. Therefore, the Wow! signal remains the top candidate for evidence of extraterrestrial intelligence.

Obviously an aspect of the Wow! signal that makes its definitive origins so difficult to prove is that the signal has never occurred again. More data would clearly give researchers a better picture of the phenomenon. Even Ehrman has hesitated to speculate over the years. But unfortunately, the signal remains a mystery worthy of the X-Files. (It was actually mentioned in the episode “Little Green Men.”)

The expectation of finding intelligent life in the universe—given its size, coupled with the question, “So where is everybody and why haven’t they picked up the damn phone?” is a statistical dilemma known as the Fermi paradox. Dozens of hypotheses have been proposed to resolve the paradox, including the vastness of time, other intelligent beings’ lack of (or non-desire for) technology, and some version of an alien Prime Directive (non-interference policy). New statistical methodology has also taken a fresh whack at the problem, but ultimately the question tends to be biased. Our civilization exists, so we know civilization is possible. So why can’t that possibility exist elsewhere in a large universe?

The Fermi paradox is one of the reasons why the Wow! signal remains relevant and has not been brushed aside as a radio astronomy “cold case.” Evidence of an alien civilization would neatly resolve the paradox, relieve us here on planet Earth of the burden of being the sole caretakers of the universe, and perhaps give us the opportunity for some cool intergalactic sports leagues and Airbnb expansions.

In 1995 the Big Ear was listed in The Guinness Book of World Records under the category of “Longest Extraterrestrial Search.” But not for long. Developers purchased the land from the university and finished disassembling the telescope in 1998. They used the land to expand…you guessed it. A golf course. Another stinking golf course. An Ohio Historical Marker with a description of the radio observatory program was placed at the site, a kind of stiff and awkward eulogy to the optimism and innovation of the era.

Dammit Columbus. Sometimes I just can’t even with you. I mean, it was aliens.

Find your very own alien. Download the SETI screensaver at setiathome.berkeley.edu.