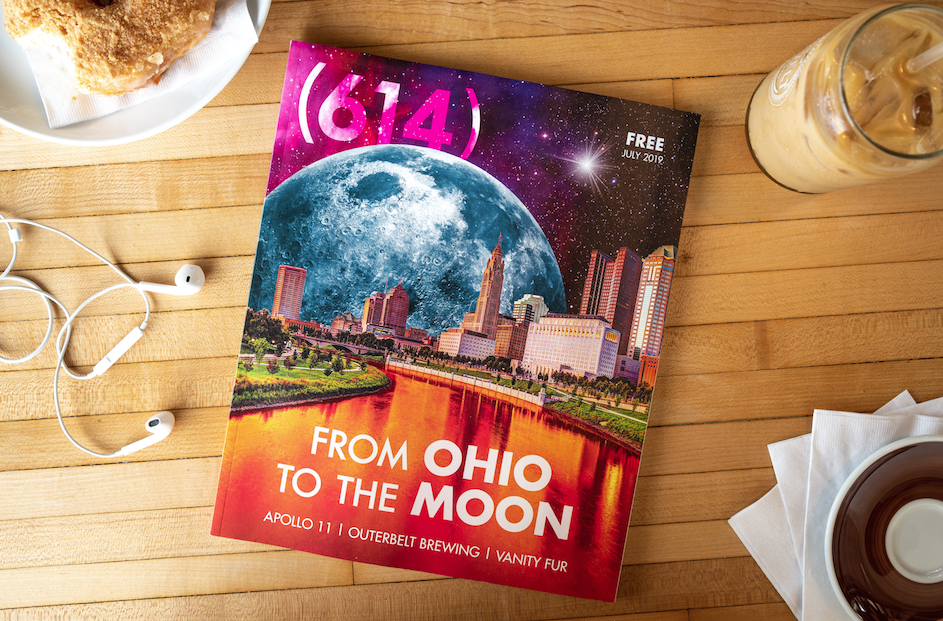 The Brews of Summer: Find your delight this season at Columbus breweries

Only at (614) Magazine can pets and space be combined in one beautiful and entertaining magazine.

First in flight. It’s a hotly-debated phrase. But there’s no doubt that Ohio fueled much of the ideas, innovation, and talent behind the Apollo 11 lunar landing mission which celebrates its 50th anniversary on July 20. From the Wright brothers testing aircraft in the fields of Huffman Prairie outside Dayton to the 1938 Cleveland National Air Show where a 17-year-old John Glenn stared awestruck at the pilots, silently vowing someday to do the same, Ohioans have followed the path of inspiration and perseverance.

Come join (614) as we remember the achievements of our past and speculate on the discoveries of our future.

Don’t forget to flip to the back of the magazine for our pet section, featuring Animal Planet in an apartment, business cats, and all the adorable pets of (614)!

The reading experience is optimized for tablet devices. Turn your phone or tablet horizontally for the 2-page spread view or vertically for the single-page view.

Looking for a physical copy? Check out our snazzy map