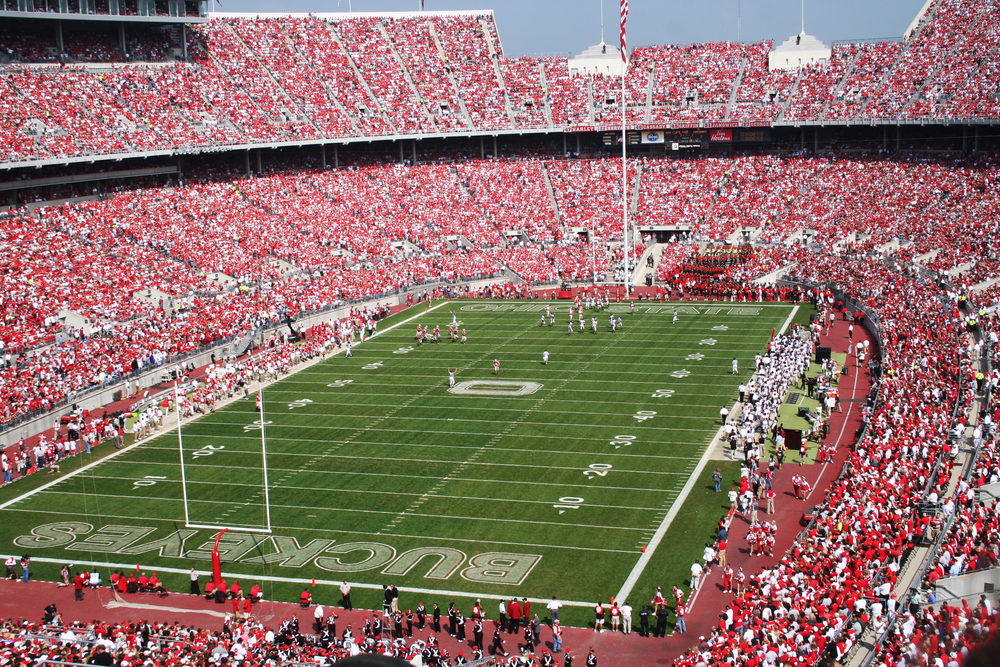 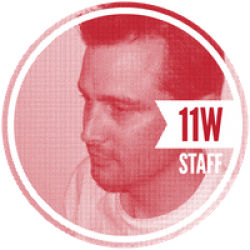 Just a few days away from Ohio State’s season opener against Florida Atlantic, it’s prime time for everyone to make your predictions for how things will unfold – mostly so you can be shamed at the end of the year for your wrongness.

I’ve certainly endured my fair sure of not-so-hot predictions over the last couple years, but I always come back for more because, man, does it feel good when you get that one or two right, especially if you go out on a bit of a limb.

But let’s get to it. Drop your predictions in the comments after taking a look at my five prognostications for Ohio State’s 2019 football season.

I feel like this is a pretty risky one right off the bat.

All the preseason logic says Dobbins is ready to bounce back in a big way after a subpar 2017 season in which he ran for 1,053 yards but did so on just 4.6 yards per carry.

He should benefit from the return of a dual-threat quarterback and the accompanying read options, the general vibe that running the ball will be of greater focus this season and of course the reality Ryan Day doesn’t yet have a reliable second-string tailback to spell Dobbins.

Dobbins will also be motivated to put on a show for NFL scouts in what could very likely be his last season in Columbus.

So why is this prediction a stretch?

In fact, if Dobbins can eclipse the century mark in 10 games, that would tie him with Archie Griffin for the fifth-most in a single-season in school history. If you’re curious, Zeke (2015) and Eddie (1995) own the single-season school record with 12 each and Archie owns third-place with 11 in both 1973 and 1974.

2.) JORDAN FULLER BECOMES SECOND SAFETY SINCE AT LEAST 1970 TO LEAD TEAM IN TACKLES IN BACK-TO-BACK SEASONS

Fuller tied outside linebacker Malik Harrison for the team lead in tackles last season with 81 total stops despite missing one game and getting ejected in another (Nebraska) after just 28 snaps played.

Typically, it’s not great news to have a safety lead the team in tackles, but even with Ohio State’s defense expected to show some level of improvement from last year’s tire fire, I still think Fuller has a solid chance to again lead the squad in stops.

One chief reason for this logic is the fact Day has made no secret about his desire to feel comfortable rotating linebackers similar to how Larry Johnson maximizes his depth across the defensive line. Of course, the threat to Fuller here is assuredly Harrison because even with a rotational strategy, it’s hard to envision him coming off the field too often.

Another reason I like Fuller to repeat is because, like Dobbins, he’s looking for a bounce back season of his own before heading off the the NFL. Dude will be hungry and if Ohio State’s defensive alignment does feature more single-high safety looks than we’ve seen in the past, Fuller will be roaming center field looking to make things happen.

So who is the safety to have already turned the trick of leading Ohio State in tackles in back-to-back seasons? Mike Doss accomplished the feat registering 94 stops in 2000 before backing that up with another 87 in 2001.

Other safeties to lead the Buckeyes in tackles for at least one season include C.J. Barnett in 2011 and Damon Moore in both 1998 and 1996.

3.) WHILE THE GROUP WILL BE MUCH IMPROVED, THE BUCKEYES WILL STILL FAIL TO BE A TOP-25 TOTAL DEFENSE

After setting dubious records for most points and yards per game allowed last season, the general consensus is that an infusion of new defensive coaches, an altered scheme, and the return of just about every defender from last year will help the 2019 edition of the Silver Bullets get back on track.

I subscribe to that logic for a few reasons, most notably because if we’re being real, a group that gave up over 500 yards of offense three times and over 400 yards of offense nine times while surrendering an average of 403 yards per Saturday to rank No. 71 in total defense really can’t do anything but improve.

Looking at the last seven seasons, on average, for Ohio State to rank in the Top-25 for Total Defense it’ll have to give up no more than 340 yards.

That’s certainly doable and I won’t be shocked if the defense does shave over 60 yards from it’s per game average, but I’ll roll with the over and happily hope the group proves me wrong come season’s end.

4.) OHIO STATE’S OFFENSE WILL FEATURE FIVE RECEIVERS WITH OVER 450 YARDS FOR THE FIRST TIME IN SCHOOL HISTORY

I should probably just go with 400 yards here instead of 450 since that’s never been done by an Ohio State offense either, but go big or go home, right?

This year, I’m making a case that for the first time ever, Ohio State will feature five receivers with at least 450 yards.

Since this feels like such a stretch, I’ll even tell you the ranked order I expect for receiving yards, again with all going for at least 450: K.J. Hill, Chris Olave, Austin Mack, Garrett Wilson, and Binjimen Victor.

(If Justin Fields gets hurt and misses more than one game, never mind.)

5.) OHIO STATE WILL WIN THE BIG TEN AND MAKE THE COLLEGE FOOTBALL PLAYOFF, FINISHING 12-2 ON THE SEASON

If Ohio State did all of this in Ryan Day’s first full season with a first-year starter at quarterback and a defense that gave up 25.5 points per game a season ago, I’d consider that a rousing success.

Then again, I know everyone has different expectations for their favorite team.

So where are those two losses? Like the last few years, it feels impossible to predict, but I do think at Northwestern on a Friday night could be problematic. I’m not really on the Nebraska train, but I will say it’s not optimal to play the first roadie of the season in Lincoln in what could potentially be an 11:00 AM local start time.

Either way, my gut says the Buckeyes drop a regular season conference game against a team not named Michigan and then pick up another in the CFP semifinal.

For more Buckeye coverage, check out Eleven Warriors at elevenwarriors.com.