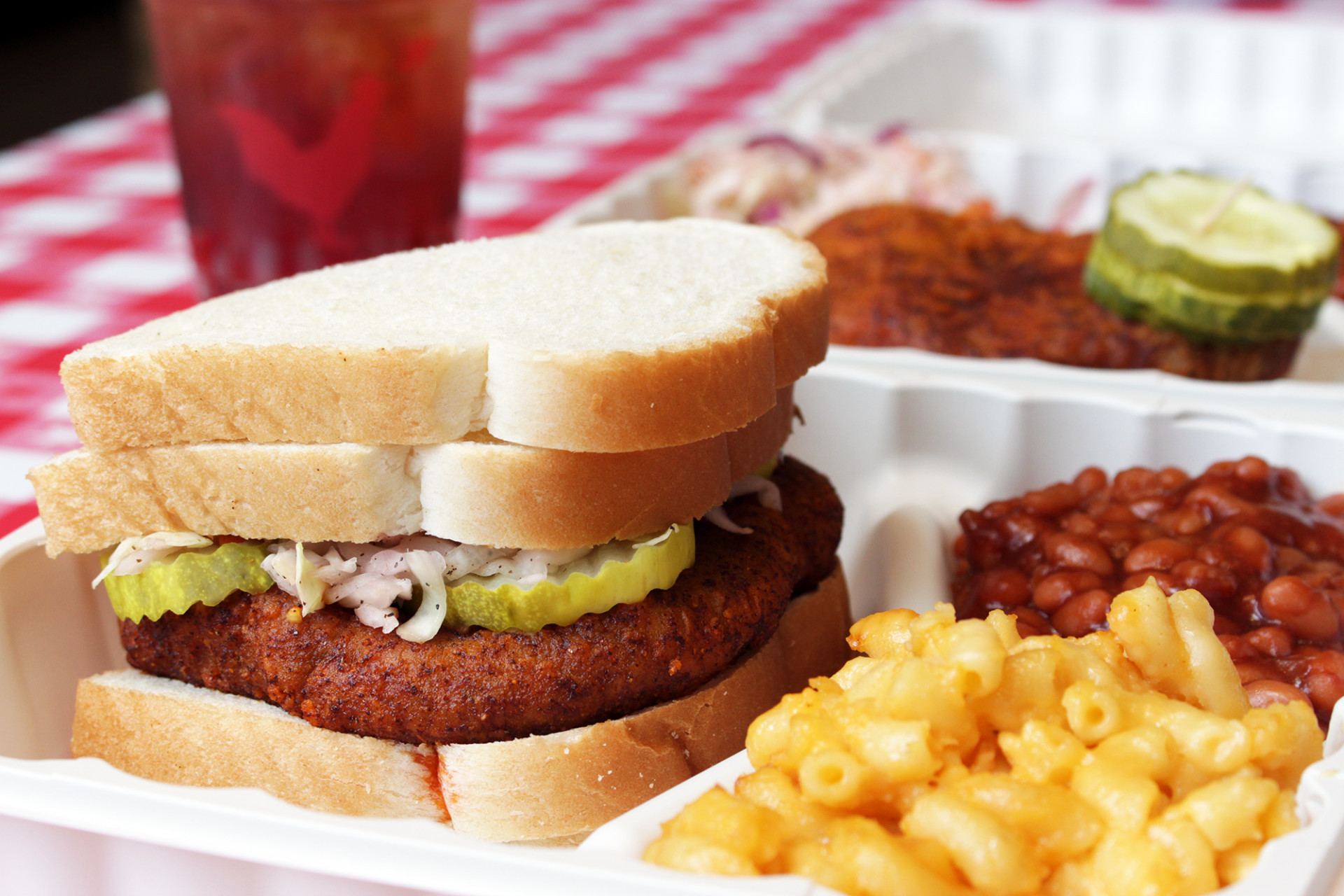 No, this isn’t a religious cry—it’s a plant-based one. And the newest addition to the ever popular Hot Chicken Takeover will soon have everyone from carnivores to vegans saying the same thing.

Hot Chicken Takeover is a solidified Columbus staple. The lines for lunch at the North Market prove that, and expanding to Clintonville as well as Easton Town Center further show that the hype for HCT is real. And as a vegetarian, my jealousy was at an all time high. But now I can officially confirm: Hot Chicken Takeover is certified good. Look out Impossible Burger, you’ve got some competition.

The menu option at HCT is created out of the aforementioned seitan. Basically, as Wikipedia so eloquently describes it, it is: “Wheat gluten is a food made from gluten, the main protein of wheat. It is made by washing wheat flour dough with water until all the starch granules have been removed, leaving the sticky insoluble gluten as an elastic mass which is then cooked before being eaten.” I know what you’re thinking: yummy!

But before you stick up your nose, this isn’t just your run-of-the-mill tofu knock-off. Compared to tofu which can become squishy and sponge-like, seitan holds it’s consistency where it stays more firm similarly to what happens to fried chicken. And this holds true at Hot Chicken Takeover. Whether you have yours served on a sandwich or atop two slices of white bread, the seitan never loses it’s texture and consistency. It goes to show that nine months of hard work pays off (shout out to Craig Morin!).

Speaking of texture and consistency, the exterior of the seitan brings all the flavor and heat you’d imagine from the regular menu options. It’s crispy and soaks up that house-made ranch dressing, plus little fried bits fall off throughout the eating process. It’s the simple things like crispy and spicy bits of the “skin” that give you the full experience.

It’s a big ask for meat-eaters to ditch the delicious chicken at HCT for a meal, but it’s worth it. As I brought back leftovers to my predominately carnivorous office, the only complaint they had was they wanted more. As for my vegan and vegetarian friends, save some house made ranch for me.