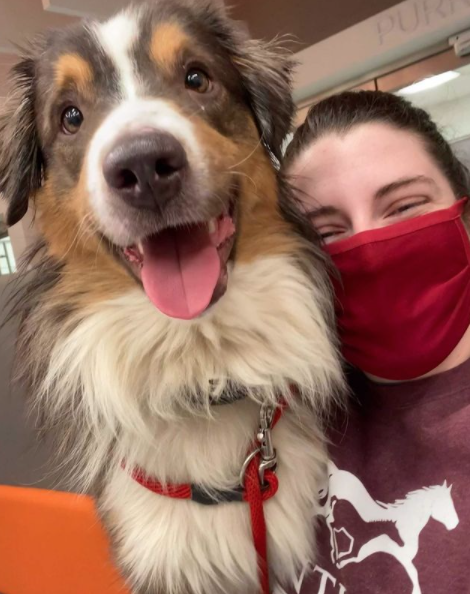 Six Australian Shepherds from a larger group rescued earlier this month on Columbus’ East side will be available for adoption beginning today, Dec. 23, according to a social media update from Columbus Humane.

The dogs were part of a population of over 40 Australian Shepherds rescued Dec. 6 by Franklin County Dog Wardens, Reynoldsburg Police Department, and Columbus Humane from a home with overcrowded, unhealthy living conditions.

The Franklin County Dog Shelter took 16 of the dogs, while Columbus Humane took the remaining 29 dogs.

Columbus Humane had to temporarily close Dec. 15 because one of the dogs had respiratory infection symptoms likely related to the Canine Distemper Virus (CDV).

The six dogs available for adoption have cleared their quarantine, and are anticipated to be adopted by those who already had appointments, according to the Instagram post.

Brittany Williams, director of marketing, said she doesn’t have an accurate estimate as to when the remaining shepherds will be available for adoption.

“All dogs who test negative for CDV and who are not showing signs of the disease will be held in quarantine for up to four weeks before being made available for adoption,” she said.

Just a little while longer, Columbus, before we can get our Aussie fix.