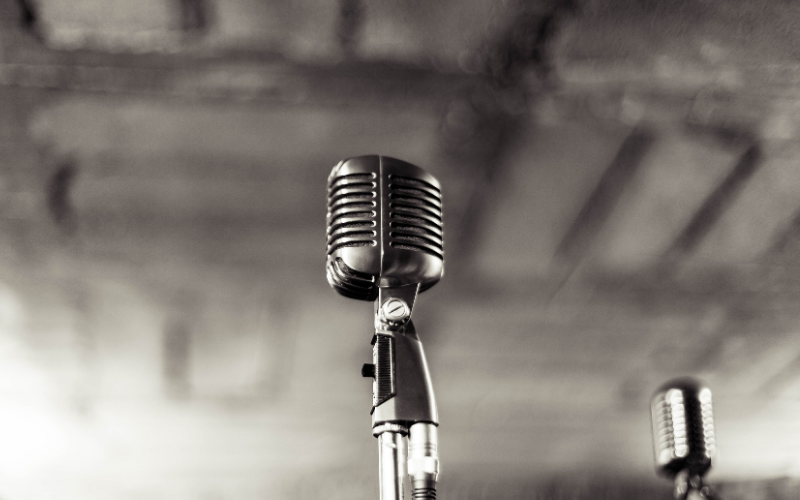 This week’s playlist is brought to you by founding members of Columbus industrial music force Wandering Stars, Derek Christopher and Gregory Stokes. Noted students of acts such as Nine Inch Nails and Portishead, Christopher and Stokes are bringing that same energy to the Columbus music community, pro bono through grassroots distribution of their physical music around town with the message, “i am not lost. i am free.” Recently, Christopher and Stokes took the time to discuss beating coronavirus isolation, to talk about deconstruction, and to share their collaborative personal playlist with (614). You can stream it via Spotify below.

Christopher: I selected the first 10 tracks, and each one has been very inspiring to me at a different point in my life. The most crucial is probably “Head Over Heels” by Tears For Fears.  I was given that album for Christmaas when I was 5 or 6-years old. I had heard every single on the radio and knew every word by heart. Of all the amazing songs on that album, “Head Over Heels” always stood out to me because it was just so big sonically. As I look back over time, it is definitely the first song that made me appreciate electronic music. Outside of that lengthy explanation, the other songs are pieces that resonate strongly with me. I really like music when it paints an amazing picture. David Lynch, Leonard Cohen, Woodkid, Tricky, etc. All of the songs I put in here are songs that always resonate to me as amazing pieces of art. And yes, that does include “Lolita” by Lana Del Rey.

Stokes: I get the back half of the playlist, starting with “Televators” by The Mars Volta. Looking back, it was such a pivotal record because when it came out I think that was the moment where I was first like, “Wow, this is real music.” Plus the lyrics? They are a perfect study in surrealist impressionism. “Deloused in the Comatorium” is a desert island record for sure, and it was conversations at the bar about our mutual respect for groups like The Mars Volta and Queens of the Stone Age that first inspired Derek and me to want to write music together. A few of the others are influential in how I like to approach writing the guitar parts. It can be a great tool to drive a song forward with interesting chords and progressions, like in “Credence” by Opeth, or it can be used to create really luscious textures, like “Sometimes” by My Bloody Valentine or “Gravity” by A Perfect Circle. Honestly, Billy Howerdel of A Perfect Circle is one of my guitar idols. I listen to a ton of flashy stuff like Between the Buried and Me, Steve Vai, and Zakk Wylde and absolutely love it, but when you boil things down, it amazes me how much Billy can say in the space between notes. I’m not saying he’s Miles Davis, but Miles was like that too, obviously to the next level. The back half of my playlist includes stuff like Mogwai and Massive Attack, which is where my mind is at in working on this next record–attempting to capture singular emotional states. There’s also a track by Kendrick Lamar, whom I am absolutely obsessed with, especially his To Pimp a Butterfly and Untitled records He is truly virtuosic in his talents, and the musicians he assembled for those records like Kamasi Washington, Flying Lotus, and Terrace Martin are the best in the business.

There’s a giant possibility that the upcoming fall and winter months could be the loneliest and most isolated of 2020. What advice can you give to people in terms of tapping into new creative outlets?

C: Do new things artistically and push yourself out of your comfort zone. For example, Wandering Stars is going to be working on a feature length film. We have absolutely no idea what we’re really doing. But we know this is the right time to do it.

S: The best advice I can give is to just allow yourself to become bored. Netflix and Facebook are our modern day opiate for the masses, the country’s real religion. If you want to be creative, turn off the TV and your phone. Be uncomfortable. Let your mind wander and become motivated.

With your music coming from so many different influences, the common theme I come back to is deconstruction. How important is that approach to your art?

C: I think that deconstructing an idea allows us to rebuild songs before they’re done and look at them from different angles. One of the crucial things that Gregory and I agree on is that we should always do what’s best for the song. For example, on The Joy Thieves’ “Genocide Love” song remix, I originally wanted to go in a completely different direction. Greg started taking it somewhere else sonically, and he was right to do so. He was able to pull out a lot of the “noise” that I had imagined as well as give it this amazing feeling of constantly expanding and growing into a giant monster.

S: Yeah, I mean the biggest thing is that we both approach music as devoted fans. The wide variety of influences mean that there is this massive palette that we can draw from, without constraint. We don’t ever have to ask ourselves if an idea or a song sounds the way a Wandering Stars song should. The only question is, “Do we like it?” There’s a song gestating right now that makes use of a progression from Béla Bartók. If it works, cool. There are no rules, except make something that you want to listen to as a fan of music. I was trained as a philosopher, so I believe that every idea needs to be torn apart and put back together before it should be accepted, and I think that music should be approached the same way.

Philanthropy and amplifying voices seem to be at the core of your music right now. Can you talk about why that is important in the industry now more than ever?

C: The Philanthropy part of it just makes sense to me. Everything we do is free. All the money we make we donate. Personally, I would never want to profit from the music I make. It feels disingenuous to me. We give all of our physical albums away for free with a sticker attached that encourages people to take the music and pay it forward with some sort of basic kindness and the hashtag #iamnotlostiamfree.

In regards to amplifying voices, it’s hard to talk about, especially locally, without sounding like an ass. So I’ll just say Black Lives Matter and Black Music Matters.

S: Derek put it so well that I don’t have much to add. I think that if you can help, you have an obligation to. (Kurt) Vonnegut said it best: “There’s only one rule that I know of, babies–‘God damn it, you’ve got to be kind.’”

Currently, Christopher and Stokes have been holed up working on multiple collaborative projects, with the pandemic being very kind to a group that plays live once a year. They’ve been stepping out of the studio to work on special projects, like their first full-length movie accompanied with a score, set to start filming this weekend. Stay tuned to the Wandering Stars social channels to catch upcoming releases of a single and two full lengths.

Here is where you can find Wandering Stars on the Internet: