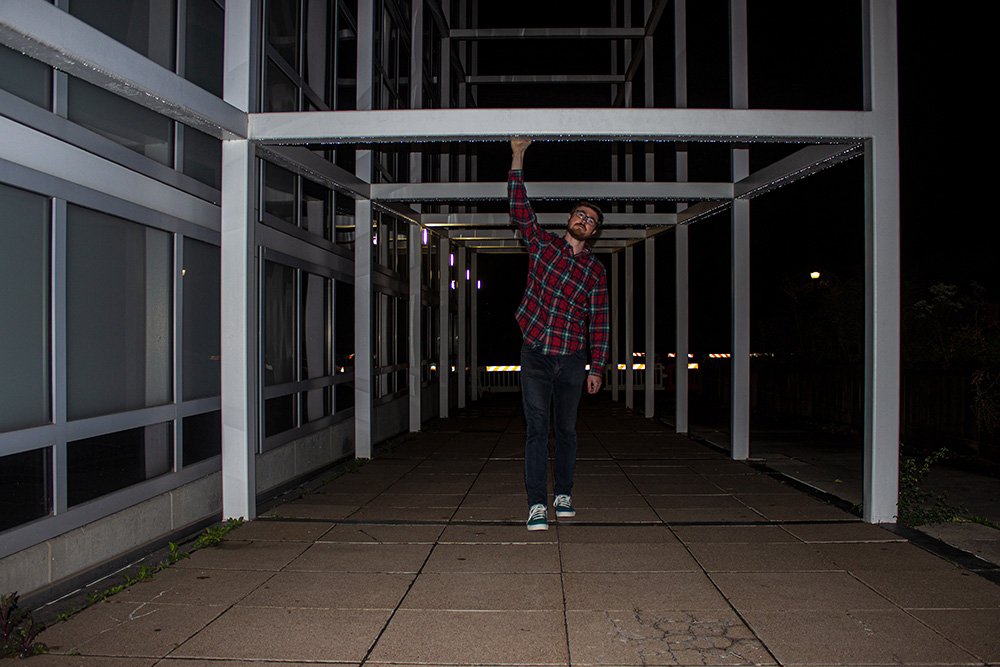 Every other week, (614), in a partnership with 614 Music Club, features your favorite local music scene people and lets them build a playlist with complete creative control. They also stop by to answer a few burning questions and plug any upcoming performances or releases.

This week’s playlist is brought to you by guitarist Jeff Laser of contemplative math rock band Sounds May Swell and hard-hitting instrumental metal outfit Molotov Trio. Recently, Laser took the time to discuss his thoughts on local music Halloween celebrations and the band’s decision to remix and remaster their first EP, “The Shape Nature Makes, Pt. 1,” and to share his personal playlist with (614). You can stream it on Spotify below.

I definitely had to start with Minus the Bear because they’re my favorite band, full stop. I’ve seen them live countless times and their music was the soundtrack to my teens and twenties. Their guitarist, Dave Knudson, created some really unique sounds using sampling and tapping, and I feel like I could just go on forever about this band.

The newest find on here (for me, it’s actually a 2005 release) is toe’s album the book about my idle plot on a vague anxiety. I heard it for the first time in April during the lockdown, and I couldn’t stop listening to it. It immediately resonated with me and really served as a balm during such an unsettling time.

I discovered Grizzly Bear about four or five years ago, and it’s not hyperbolic to say they completely changed the way I think about music production, especially their approach to percussion and synth.

Going further back, Opeth was like a gateway drug into the world of extreme metal for me, so they had to make this playlist. I often find myself revisiting the discographies of Converge and Meshuggah (both bands refuse to make bad music), so they continue to be big influences.

Finally, I felt like Modest Mouse needed a spot on this playlist because Good News For People Who Love Bad News was the first indie-rock type record I fell in love with. The first notes of “The World at Large” evoke such an acute wistfulness in me.

Halloween has to be one of the biggest days for live music in Columbus, between all of the creative cover shows and spooky traditions like the one hosted by classic pop music cover band Popgun at Natalie’s. What have been some of your favorite local music Halloween memories?

Oh man, I remember having a lot of fun at Rumba Cafe’s Halloween show a few years ago. I remember BABS doing a Blondie set, which was great. Also, this isn’t Halloween related, but thinking of cover bands reminded me of the last band I saw live before the pandemic, The Pinkertones. They play ‘90s Weezer exclusively, and the handful of times I’ve seen them have been so nostalgic and perfect.

Previously, the band went by Yoko Oh No. You mentioned that the decision to change to Sounds May Swell had to do with a handful of bands already going by that name. How did the group come to an agreement on the new moniker?

The new name comes from a lyric from the song “Pigeon” by Maps & Atlases: “But when a pigeon comes to greet you / Sometimes it’s hard to tell / Ah exactly what it means / when the sounds they make swell.” Our drummer Blaine adapted that last part and pitched it to us, and it ended up sticking. It was a necessary change for sure. Early on, we were getting gig invites to venues in Australia, and after we realized that was impossible—we had only played a couple of gigs and had no recordings—we realized so many other bands go by Yoko Oh No, like you said.

The first EP from Sounds May Swell, which recently celebrated its first anniversary in September, was remixed by Tony Rice and remastered by Glenn Davis earlier this year. (It sounds top-tier, by the way.) What drove the band to make improvements on the quality of “The Shape Nature Makes, Pt. 1?”

Thank you for saying that. So we recorded eight tracks at Oranjudio back in March 2019 and decided to release them as two EPs. We always envisioned those eight tracks as two sides of the same coin (hence being called “The Shape Nature Makes, Pt. 1 & 2”). We learned so much during the mixing and mastering process for “Pt. 2,” and it ended up so sounding much better than “Pt. 1,” to the point where remixing and remastering seemed like a necessity to us. Specifically, we keyed in on the clarity of the drums and the fullness of the low end, so now I feel like you can listen across all eight tracks and there’s some cohesion. Tony and Glenn really nailed it and were awesome to work with.

Currently, Laser is heading back to the studio in the next month or so with Sounds May Swell and Molotov Trio to record new EPs, which will hopefully be released in 2021.

Here is where you can find Laser on the Internet: