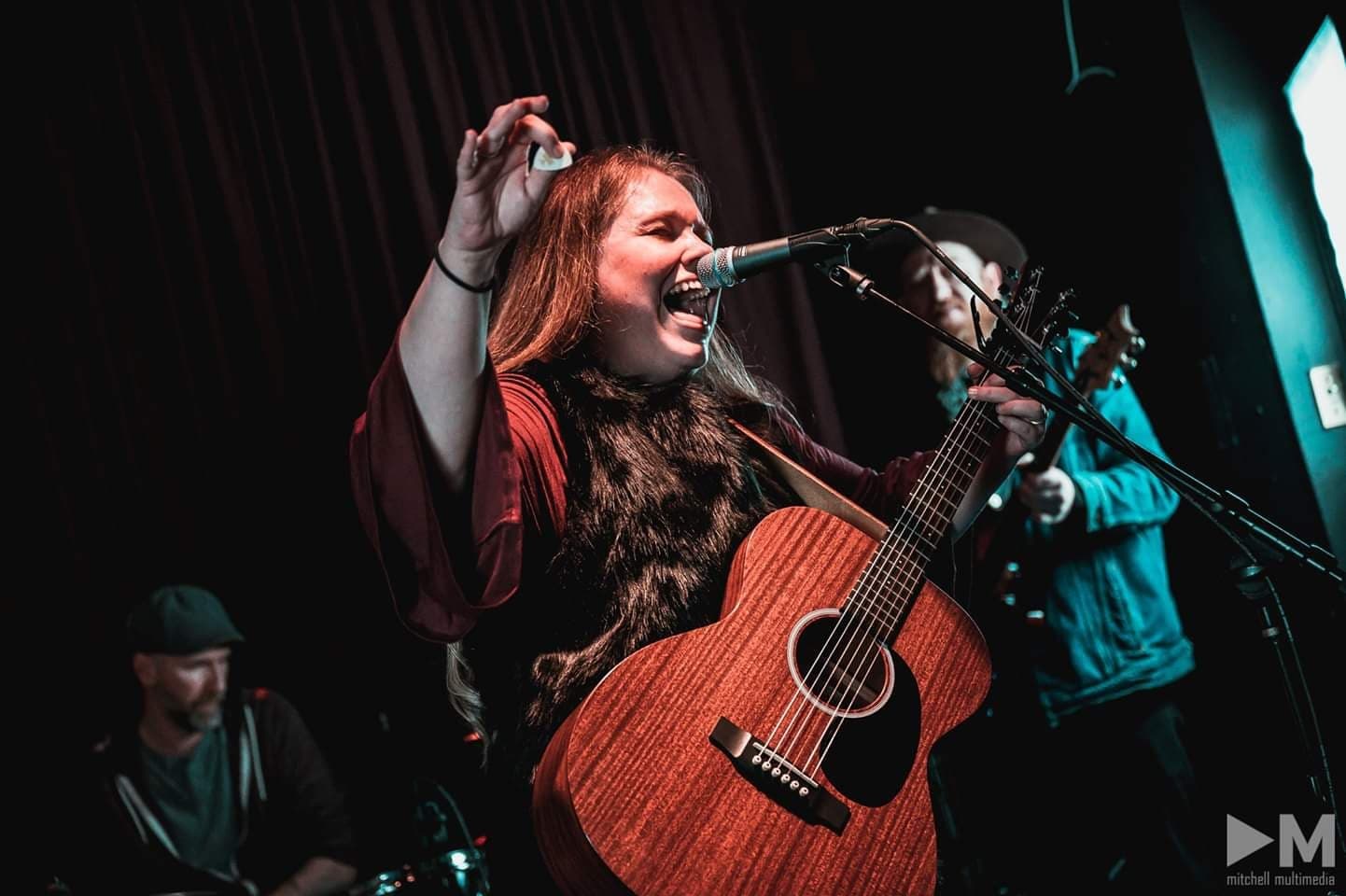 Memorial Tournament tees off without fans

This week’s playlist is brought to you by singer-songwriter and Americana sweetheart Lisa Gain. The winner of the 2014 Ohio Music Award for Best Americana song and 2018 winner of the Tiny Desk Columbus competition, Gain has experienced success as both a solo artist and in collaboration with The Rusty Silos. Growing up on a farm with two rusty silos, her childhood experiences have greatly impacted her mature American songwriting sound and style. Just this past month, Lisa Gain & The Rusty Silos released a 13-track LP that truly shows Gain’s wisdom and life experience. Below, you can check out Gain’s specifically-curated playlist and her thoughts on staying busy during COVID-19 and working as both a solo musician and in a band.

On this playlist you’ll see just a few examples of the songs that influenced me growing up and how I started out with country music as a child, as that’s what my Dad listened to. When I was 4, on the west side of Columbus I went around singing “On The Road Again” all the time and made up my own lyrics. My dad and mom started calling me “Willie,” and it stuck for life. I even wrote that my name was Willie on school papers in elementary school and one of my teachers had to ask my parents why I did that.Willie was one of my dad’s favorites and was always playing on the record player at home and on the jukebox at the American legions & VFW’s he took me to in Columbus as a child.

There were two songs in particular that I remember as a kid that I loved so much I said, “I want to write a song like this,” and one I didn’t put on the playlist because I didn’t want it to be too depressing. That song was “He Stopped Loving Her Today” by George Jones. The other one was “Where’ve You Been” by Kathy Mattea. I just fell in love with storytelling, writing, and songs that talk about sadness and real-life issues. To this day this song brings a tear to my eyes. I’m happy I grew up with country as my first musical influence, as it’s a great foundation for a songwriter to learn how to write those gut-wrenching songs. You’ll hear these influences in many of my songs like “2 Packs of Cigarettes,” which is about my dad’s hard life.

As times changed in the late ‘80s and ‘90s so did my music influences. I fell in love with Peter Gabriel in the 80s. When crap hit the fan with COVID-19 back in March my depression was setting back in so I turned to one of my favorite songs of his called “Don’t Give Up” featuring Kate Bush for comfort. This is a beautiful song to get you through hard times.

In the 90s I moved onto grunge music, discovering classic rock greats, and Sarah McLachlan, who brought me so many female inspirations with the Lilith Fair. When I was a teenager in the 90s I was living in the country in Ashley, Ohio. We had no cable TV. We had like four channels, but on a clear night, I could get a Canadian music channel in. Through the fuzzy TV, I heard this voice of an angel and could see she was even playing guitar on “Possession” and thought, “Why do we not know who she is in the U.S?” I bought her tape “Fumbling Towards Ecstasy” before most people even knew her name and fell in love with every song. Then she blew up over here and introduced me to [even more] female musicians with her Lilith Fair tours, but if I had to pick one that made me say, “She can play guitar so maybe I can too,” I’d have to give that honor to Sarah McLachlan.

When I first heard Tracy Chapman’s song “Fast Car,” I balled. I loved it. I wished I’d written it and became obsessed with all the music of Tracy Chapman. To me, this is one of the best storytelling songs of all time.

Storytelling songs are where my heart lies. Songs of substance. Songs to make you think. Songs to help you get through your hard times. We have some Amazing storytellers from our area such as Whitley Jean, Ramey, and Angela Perley just to mention a few, so I added some of them to my list too.

I just had to keep performing, writing, and rehearsing. I’m very thankful we’re in a live stream era and that I have that outlet to use. Since I can’t always have my band now I’ve done some duo live streams with my lead guitar player Keith Colbert. Because I miss my music friends badly, I just started a live stream show where I’ll be sharing a show with one of them so I can enjoy watching someone else perform too in the comfort of my home. All while staying socially distanced.

I also do some interviewing with the act that joins me. I just did my first one with a great local singer/songwriter named Whitley Jean Saturday night. I’m hoping to do these types of shows once a month now. I think it’ll be awhile before things get totally normal again with live music, so this gives me something to look forward to and a way for me to share my new songs and collaborate with the other artists if they are open to that during our show.

I haven’t been to New York, and I only got to go to Nashville once in my life many years ago, so I can’t say from firsthand experience. But from what I’ve heard from others is that it’s a lot more cutthroat out there in terms of competition. What I like about Columbus is we have real people in our music community that have real friendships together. Some of us like myself were born here and have been playing here for decades. We’re not going anywhere, so we’re “lifers” in this scene and we totally support our other “lifers.” I’d imagine with Nashville and New York you probably have a lot more artists who come and go since it’s not their home.

When you’re switching between being a solo artist and playing with the Rusty Silos, what kind of process do you go through when explaining the story behind your lyrics to band members?

Lucky for me, I usually don’t have to explain the lyrics or meaning of a song. In most cases, I tend to be simple and direct with my storytelling. I like to paint a picture with my lyrics so usually the story explains itself to my bandmates.

Lisa Gain’s 13-track project with the Rusty Silos was released on all digital outlets on July 10. You can purchase the album on Amazon here or iTunes here. The album will be followed by a two-song EP this fall featuring recorded cover songs at The Shrunken Head of “Glory Box” by Portishead and “Somebody to Love” by Jefferson Airplane. Gain will also be releasing an original Christmas/holiday song called “Get That Tree Up” on Nov. 1. Gain also recently performed a collaborative cover of “Highwomen” by The Highwomen with local artists Kristin Gramza, Katie Davis, Carole Walker, and Kristen Elliott, which can be found here.

Here is where you can find Lisa Gain on the Internet: