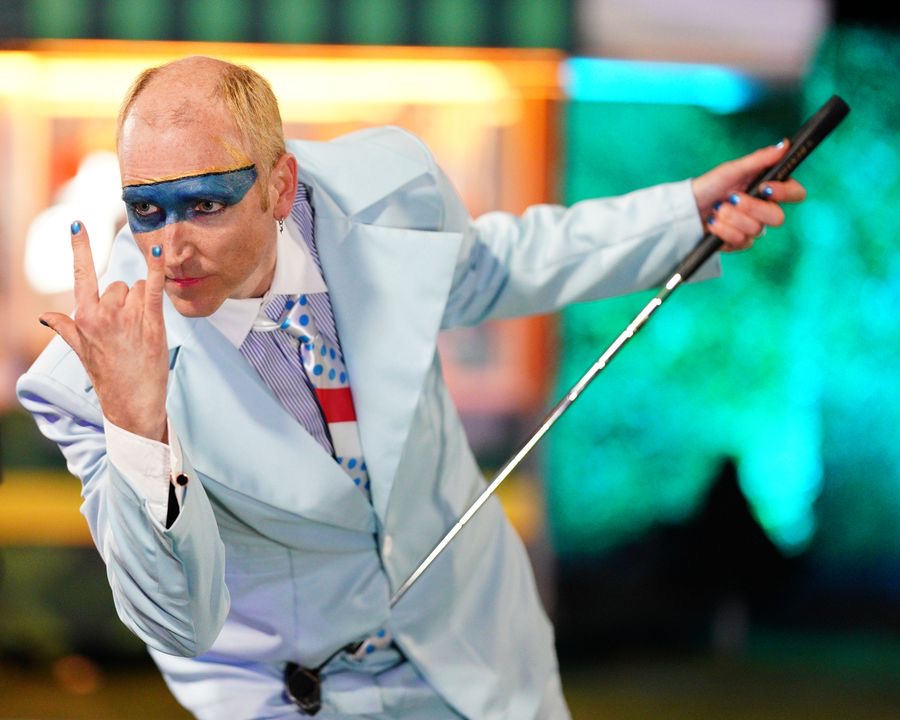 The (Space) Force is strong in Ohio, says Gov. DeWine

This week’s playlist is brought to you by Lizard McGee. McGee, the guitarist and vocalist behind Columbus gem and underground rock legend Earwig, has been one of the defining figures of the local music scene. Never known as one to toe the line, McGee slips in and out of crafting his own science-fiction reality while indulging in rock-opera concepts. He also appeared in the second season of whacky mini-golf competition show Holey Moley earlier this year. Recently, McGee took the time to discuss the paper-flier promotion days of the local music scene, share anecdotes about his time on Holey Moley, and share his personal playlist with (614). You can stream it via Spotify below.

Great ‘80s bands (R.E.M. and The Smiths) are undeniably a huge influence on Earwig’s sound. I’m also a big fan of other Ohio bands (songs 5, 7, and 8) and always on the lookout for new music and bands to be inspired by.

I started playing in clubs on High Street when I was a teenager. A big part of the ritual of those early Earwig shows was making flyers. Coming up with a cool design, making copies at the campus Kinko’s, and then plastering the flyers up and down High Street was an incredibly fun precursor to the show itself. Now we mostly promote shows online. I miss going outside. I miss wandering High Street at night.

Recently, you were selected to participate in the game show Holey Moley. What is your background in mini-golfing, and how did the opportunity come to you?

I live on a secluded property deep in the woods of Southern Ohio. I carved out a nine-hole, true Scottish-style golf course on my property. I’ve never really played golf on a professional course, but I did co-found a renegade, underground golf tournament called The Silver Baby Cup.

A friend of mine from NYC saw the first season of Holey Moley and suggested I apply for season 2. I signed up online and made it through multiple casting sessions to eventually be on the show. I pitched myself to them as the David Bowie of mini-golf, a rockstar golfer. In the end, the fact that I play in a band was way overshadowed by my 17 cats. Being on the show was amazing and fun. Rob Riggle compared me to a Jedi, so I’ll consider it a win.

What was your favorite part about being on the set of Holey Moley? Did you have any interactions with Rob Riggle or Steph Curry?

The show was filmed during February and March of 2020, and COVID was just starting to hit in America. Because of that, Steph Curry never actually made it to the set while we filmed, which is why he’s an animated cartoon on the show. The set is amazing and it is a huge complicated production, which is filmed at night. Actually playing golf in front of the captive audience and being super competitive in that strange environment was a real thrill. The hits are hard and the water is very cold. Hanging out in the production tent between holes was fun, and I met a lot of great people.

When we are playing the holes live, our focus is on the competition, and we have no idea what the commentators are saying about us. We don’t hear that until later when the show airs. After winning my first hole, I did run up the stairs to the commentator booth with the plan of busting in on Joe Tessitore and Rob Riggle while they were filming. I was just being a goofball. My on-site handler saw me and called out to me to stop. They probably would’ve got fired for losing control of me. So I changed my mind and turned around three-quarters of the way up the flight of stairs. A missed opportunity, I guess.

Currently, Earwig is in the process of finishing up recording on a new album, which they began this past February. The band tracked half of the songs before taking a quarantine break from March to August. The group recently got together for the first time since then and plan to have the album out by the end of the year. Earwig has a live-streamed performance from CD102.5’s The Big Room on October 2 at 9 p.m. where the band will be playing old hits as well as some new tracks from the forthcoming album.

Here is where you can find Earwig and McGee on the Internet: