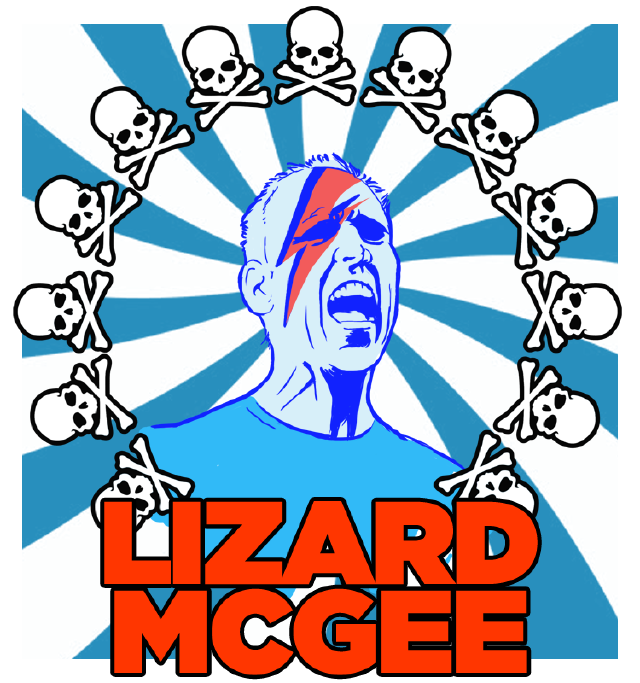 Memorial Day: to camp, or not to camp

Reality shows sure do attract their fair share of eccentric contestants, people who seem too bizarre for this world. That usually comes with the territory when you’re dealing with naked people trying to survive in the woods or game show contestants swallowing every species of worm imaginable.

Heading into its second season, extreme miniature golf competition show Holey Moley–hosted by NBA All-Star Stephen Curry and comedian Rob Riggle–does not sell you short on its bounty of peculiar putters. Columbus rock star Lizard McGee of indie rock band Earwig fits the mold of quirky golf professionals, internet influencers, and celebrities who are chosen for the show to a T.

“I was definitely not a shoo-in when I started, but I pushed the Rock Star angle,” McGee said. “The sharp David Bowie-inspired suit that I wore helped.”

It can be gathered that part of McGee’s selection on the show had to do with his work on the appropriately-named new duo The Müligans. The golf rock band (I thought math rock was going too far) also features Nashville singer-songwriter Trapper Haskins. McGee is also a suitable pick for the show given that he has a true Scottish-style 9-hole course on his remote property in Southern Ohio.

While waiting for the show to air, be sure to check out the debut single from The Müligans, “Heart Shaped Bruise.” The introspective track helps the listener gain the experience of getting hit by a wild golf ball, the perfect segue into Holey Moley’s uncontrolled chaos. You can download the song for free on Bandcamp by clicking here.

You can also watch a music video, which also serves as a Holey Moley promotion, by clicking here.

“I had a blast and I’m very happy with how I perform on the show,” McGee said. “It’s encouraged me to set even bigger goals for myself. The sky’s the limit.”

The second season of Holey Moley tees off this upcoming Thursday on ABC at 9 p.m. Make sure to tune in a week later to see McGee’s wacky performance on the season’s second episode.