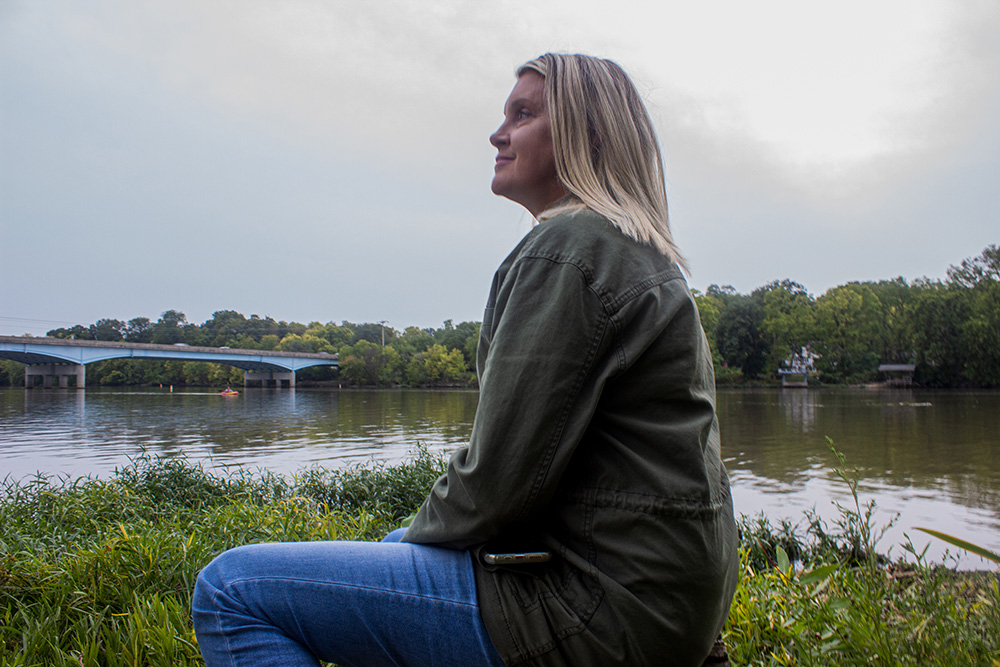 Full of Surprises and Pancake Balls

This week’s playlist is brought to you by singer-songwriter and guitarist Lydia Brownfield, who also plays in a group dubbed the Jagged Hearts. Recently, Brownfield took the time to discuss her thoughts on female voices in the Columbus music scene, getting a chance to play to a live audience this past weekend, and to share her personal playlist with (614). You can stream it via Spotify below.

It was hard to pick specific songs from some of these albums. Some of the picks from the late ’80s through the ’90s had the biggest influence on me and really got me interested in making music. The entire Bikini Kill “Pussy Whipped” album and Sonic Youth’s “Goo” were the soundtracks to my late teens and early twenties. Every one of these songs has either fed my soul growing up or has helped pull me through these last few months living in isolation.

Lately, I’ve really been wallowing in the music of Radiohead, Bon Iver, and Asgeir. I just want to break myself into pieces within their music. With Asgeir, his music is just so beautiful, and if you listen to the Icelandic versions, I love that I don’t know what he’s saying but you can feel what the song is about. Same goes for Juana Molina; I love her time signatures and layering of sounds. I just get lost in it. With Andrew Bird’s long orchestral journeys and Rachel’s cellos and dark strings, I feel like they are the perfect soundtrack to my life these days. And PJ Harvey, well she’s my happy place.

During your time spent in the Columbus music community, what do you think have been some of the biggest changes since you entered the scene up to now?

When I was first on the scene in Columbus it was back in the late ’80s and there weren’t many girls playing guitar or fronting bands. My inspirations here were Columbus’ Scrawl and Donna Mogavero. We were an anomaly. It was the same in the early ’90s when I moved to Atlanta. But then there was this surge of women in the mid-’90s all over the country; you’ll remember the Lilith Fair was one of the first concerts that celebrated women in music.

When I came back to Columbus in the early 2000s, my home for the first few years was at the open mics. That was where all the talented folks were hanging out and where I met the majority of my Columbus bandmates and friends. The scene here was really rich in diversity, and it was really great to see lots of women playing guitar and writing songs and fronting bands. And it’s only getting more diverse with more and more women participating.

Recently you took part in the first live concert at the Woodward Opera House in Mt. Vernon since February. Were there different emotions from playing out for the first time in months? What was the hardest thing you overcame that night from being sidelined from live music for so long?

Well, for one thing, this was one of the finest stages I’ve ever played on. To perform there after not performing at all since February, on the one hand, it was like winning the lottery, but also it just struck me as a monumental moment in my life. Plus we had a few new songs on our setlist that we had never played out before, so I was a nervous wreck. Not to mention, we really weren’t sure if anybody was going to come. Luckily, I think it went very well and people did come. They followed all the social distancing protocols, and I think everyone had a good time.

Something relevant in my life that I love about your music is how it reminds me of some of the musicians who’ve set the soundtrack to my 2020. Weekly, I’ve found myself tuning into artists like Aimee Mann, Portishead, Radiohead, and, of course, Fionna Apple, who dropped an album near the beginning of the second quarter. Between the airy vocals and transportive trip-hop beats, your music and others similar to it have provided me solace this year. Have you been finding relief in introspective music this year as well? What has led you in your life to gravitate toward these grandiose ‘90s icons?

First off, it’s so nice to hear that my music has provided you with some solace. When the pandemic got started, I really didn’t want to hear anything at all. I just needed quiet. Like nothing at all. I didn’t pick up my guitar for months.

Then about mid-May, I re-emerged into the world of the living and I went from complete quiet to needing aggressive punk rock. I find myself swinging wildly from one end of the spectrum to the other—from Portishead to Bad Brains. The morning is Fleet Foxes and by afternoon I’m full on Sex Pistols, then I need Tomasz Stanko for a glass of wine; my soundtrack is all over the place. But the ‘90s icons are my staples. They’re my comfortable shoes, my ice tea on a hot day, a warm blanket, or a walk down memory lane. They’re like old friends, always there when I need them.

Currently,  Brownfield is in recording mode, which she entered this past June when she started working with Freddy Blitzer at Vital Studios in Grandview. She is planning on an early summer 2021 release for the new full-length album. Brownfield also continues to play as a two-guitar, two-vocalist duo with Jeff Dalrymple. They will be performing together next at Dalton Union Winery in Marysville at 6:30 p.m. on Saturday, Oct. 3. For more information on the event, click here.

Here is where you can find Brownfield on the Internet: