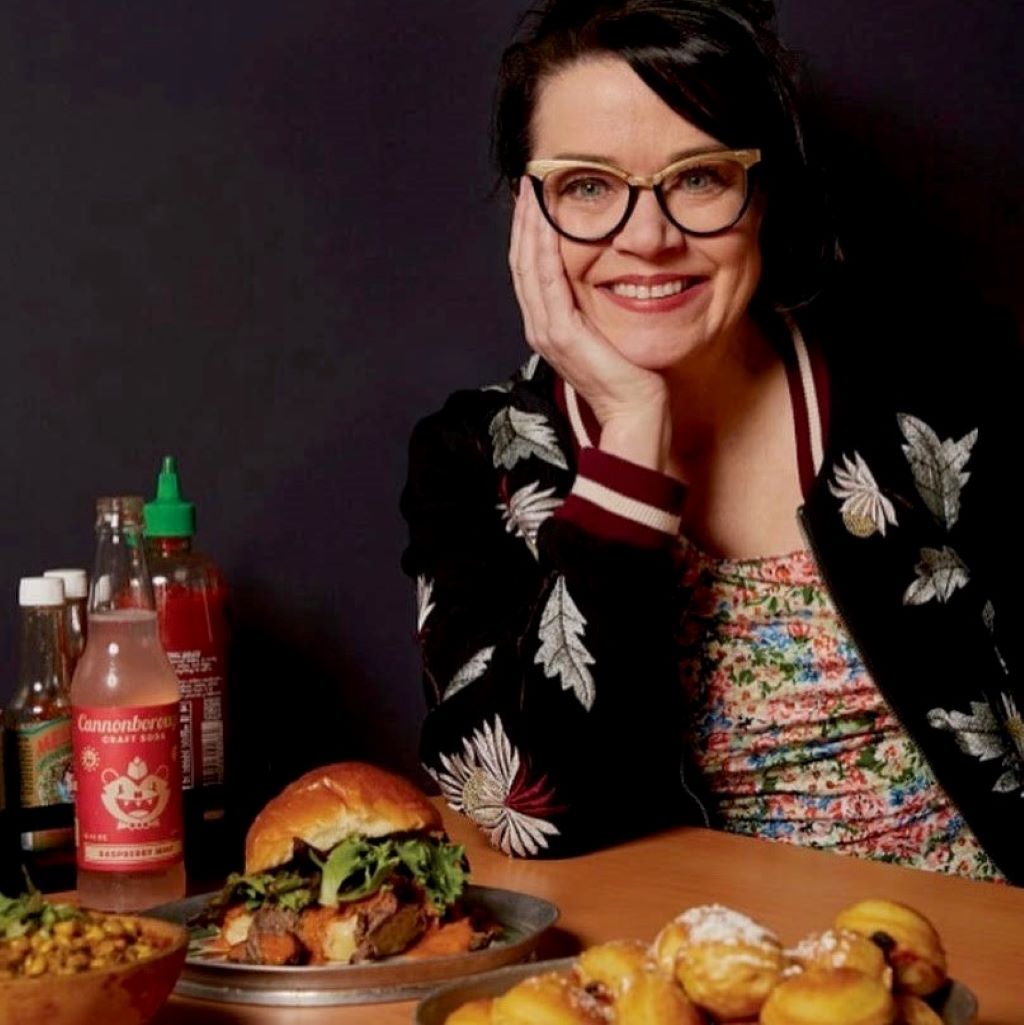 Peace, love and pancake balls is Kathleen Day’s motto, owner of Katalina’s & Katalina’s, Too!, The Little Cafés with Lots of Local Goodness. Day remembers wanting to open a restaurant from as young as 9 years old, and her childhood dream was finally realized in 2009 when she opened the doors to Katalina’s in Columbus’ Harrison West neighborhood. The restaurant, which calls itself “the little cafe with lots of local goodness,” is housed in a 100-year-old gas station and quickly turned into the buzz of the town. This hidden gem is a must-visit locale where people line up excitedly for blocks to get a chance to enjoy Katalina’s take on breakfast, brunch, and sandwiches. And if that isn’t enough they come out for the famous Pancake Balls™–lots and lots of Pancake Balls™.

Katalina’s & Katalina’s, Too!, The Little Cafés with Lots of Local Goodness

Latin-leaning, Southern-slanted food that is sourced locally, organically, and ethically when practice and price permits! Our mission is to make the world better one little bite at a time.

4. Everyone in business has that moment when they know this is what they’re supposed to do. When and what was yours?

I had loved to cook since I was young, so was fortunate to get a job helping cook the evening meal for a Countess in Paris when I lived in France between undergraduate and graduate school. In a small town in the Alps, I cooked in a tiny bistro where I fell in love with the French food culture. It is there in that bistro where I knew I wanted to make my life about food.

When I threw dinner parties, people always told me that I should open a restaurant and that instilled confidence in me to take the first step and thinking about opening a restaurant. (Word to the wise: As I learned the hard way, this is not a good reason to open a restaurant.)

5. What were the first five action steps you took to turn your dream into a reality?

It was more amorphous than that. My professional and life experiences are what have been the “steps” to my success more than anything. I wanted to open a restaurant when I got out of school but was really naïve about how it actually all unfolds. Fortunately, my path was serendipitous to doing so. From waiting tables to putting myself through school; to moving to Seattle, when it was one of the first “food and drink ‘meccas’” in the country; to living in New Orleans, which is a food city like no other, I learned so much about food before it seemed everyone was a “foodie.” That is when I saw a white space for it when I came to Columbus for work. I also worked in advertising, where I learned about strategic and creative thinking; about managing people; about budgets and financials— all of which are so important to running a business.

In a nutshell, the actual action items I took once I decided to take the leap of faith were:

1. I asked some experts like the legendary Liz Lessner if she thought I should do it, and without missing a beat she said, “Yes.” I’m not sure if I love or hate her for that. (Just kidding, Liz!)

2. I pleaded with family for small loans and cashed out some of my 401k (Second word to the wise: this is not a recommendation.)

3. I created a (rough!) business plan and hired an accountant.

4. I tried menu ideas out on family and friends. (You always need a test subject!)

6. When did you know you had something special that people loved?

One day a server called and asked if I knew Jack White. “THE Jack White?!” I responded. “I guess so,” she said. Turns out that he had asked a cab driver for a restaurant recommendation and we were it. After that, there were lines down the street. I sure wish I could find that cab driver and thank him. I also wish I had been there that day. I love the White Stripes!

Also, a few years in, I was going over individual item sales and couldn’t believe my eyes when I saw how many Pancake Balls I had sold that year – over 1 million Pancake Balls in just a few years. The New York Post soon called, and the press hasn’t stopped since.

7. What current company or entrepreneur do you admire?

I love chef Nina Compton from one of my “home” towns, New Orleans. Her New Orleans food is incredible. The best part? When she isn’t cooking she finds time to give back to a community that’s been beaten down so many times. As an owner/operator, that’s a hard thing to do, especially right now as we restaurant owners are taking such a financial hit with the pandemic. She is a true role model for me as a female restaurant owner (there aren’t a whole lot of us), but also as a minority business owner. It also doesn’t hurt that she rides a Vespa to work in Prada heels.

Locally, and completely unoriginal, Jeni Britton Bauer. As an individual, she has made it okay to put your voice out there in an imperfect way, but more importantly, to take a stand politically. Years ago, you couldn’t take a political stand as the representative of a company for fear of alienating customers, but she knows that some things are worth fighting for and that her voice can make a difference. She is a true role model, not just for entrepreneurs like myself, but think of all the girls she is influencing with her huge social media following.

8. What are your plans for future growth?

Right before the pandemic hit, I was ready to sign a new lease for a modified concept that anticipated the changes the restaurant industry is seeing right now. When the governor announced that restaurants would be shifting gears, I did the same and didn’t sign, not knowing what the future would hold. I’m disappointed but know that now is the time to be risk-averse. I hope to revisit the concept as soon as things return to semi-normal. It’s an exciting concept and I can’t wait to share it with our city.

9. What are the top five things you keep on your desk?

As someone who is design-driven, if my desk looks good, it inspires me to work. Aside from my Mac laptop, I have a bird tape dispenser and gilded stapler, my grandmother’s antique inkwell to hold pens and lip-gloss, a vintage wire “in-box” that’s always overflowing and vintage scissors to open endless packages.

10. Behind every entrepreneur are people who support them and help them get where they are: who are your people?

1. They say behind every great man is a great woman. In this case, the opposite is true. My partner Chet (we had a commitment ceremony a month before Katalina’s opened) is Katalina’s unsung hero. He is the yin to my yang, and the business wouldn’t run without him.

2. My Creative and Social Media Director, Katie who also happens to be a childhood friend. I don’t think anyone could execute my creative vision or understand the brand as well as she does. And she always reminds me that what I’m doing really matters.

3. My photographer Raquib is pretty great, too.

4. My office manager, Janet. Her attention to detail enables me to focus on the big picture and doing what I do best. In a position like hers, ethics are everything. I’ve never once doubted hers.

4. My cousin Ron. He’s held senior-level positions at the best companies in the world. I look to him for advice when I have make-or-break decisions.

5. My KM, Q. He’s been with me almost since the beginning. They say, “If you can’t stand the heat, get out of the kitchen.” He’s withstood a lot of heat over the years and almost always has been as cool as a cucumber. Speaking of cool, without all of my employees, Katalina’s wouldn’t be cool.

6. My Mom and sister. They’re always there for me, and if it came down to it, I could ask them for anything. I’m pretty fortunate to have that. It makes the nights a little less sleepless during times like these.