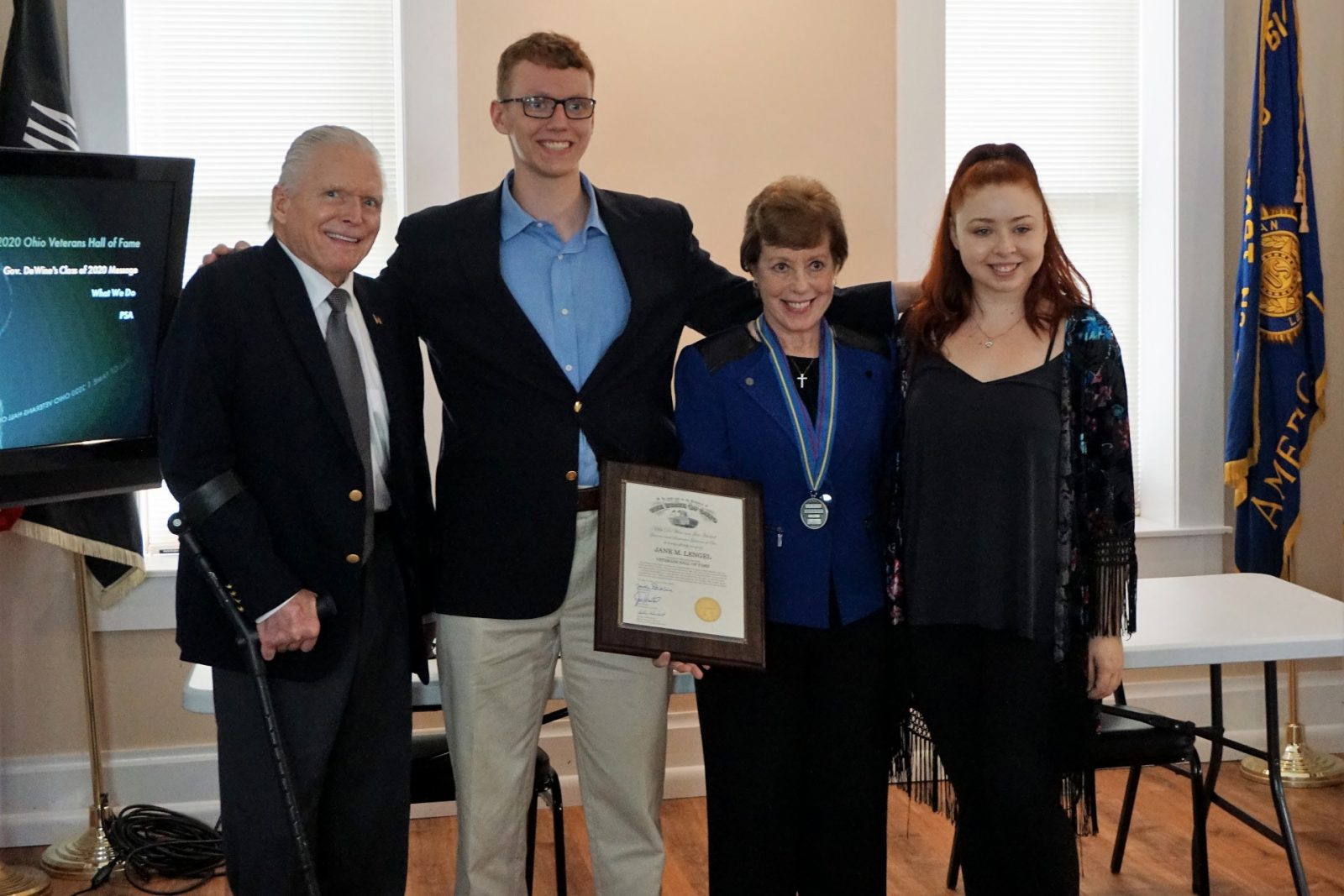 “I joined the Ohio National Guard in 1979 and, at that time, it was a six-year enlistment; and I remember having some concern about whether I wanted to give up my weekends for six full years for one weekend a month,” said Jane Lengel sitting at a table with a plaque in front of her and a heavy new medal around her neck.

“Once I got in, I really loved it, and I thrived in the military environment,” she continued. “I really found it to be a calling.”

What she learned about service through her nearly 40 years in the United States Army and the Ohio Army National Guard, she applied to the rest of her life–and it is why she was inducted into the Ohio Veterans Hall of Fame on Thursday in an intimate ceremony at American Legion Memorial Post 614 in Hilliard.

“Being inducted into the Ohio Veterans Hall of Fame is a really big deal, and usually it’s a grand ceremony where there’s lots of pomp circumstances. You know us military people, we like our pomp and circumstances,” said the Director of the Ohio Department of Veterans Services Debbie Ashenhurst.

With the COVID-19 pandemic making an elaborate presentation impossible, Ashenhurst has been traveling around the state to induct worthy individuals like Lengel, who have contributed above and beyond military service.

“This program is not intended to focus on what Ohio military members accomplished while in uniform,” according to the nominating paperwork.

For Lengel, 63, that means working with nonprofit organization MILVETS, which promotes public awareness of the military and veterans and their role in society. One of her accomplishments there was chairing the 2019 Veterans Day Parade.

She has been an active supporter of Operation Stand Down, which helps veterans in need, and she is an active member of several organizations that seek to empower women who have served. She has volunteered at the YWCA Family Center, as well as served on the Franklin County Children Services Board. In 1990, became the first female police officer to serve as aide to the Columbus chief of police.

None of that would have been possible, Lengel says, without the lessons the military taught her. Her time included deployments in Kosovo, Bosnia, and Iraq during Operation Iraqi Freedom.

“The army values have always been a very strong compass for me as an individual,” she said. “I often look at my volunteer and community service as reflecting one of those army values, and that is selfless service. I’m going to keep on serving.”

She encourages others to do the same in whatever capacity they can.

“Especially during covid, there’s so many people that are normally resilient, and it’s impacted all of us. Check on your neighbors.”