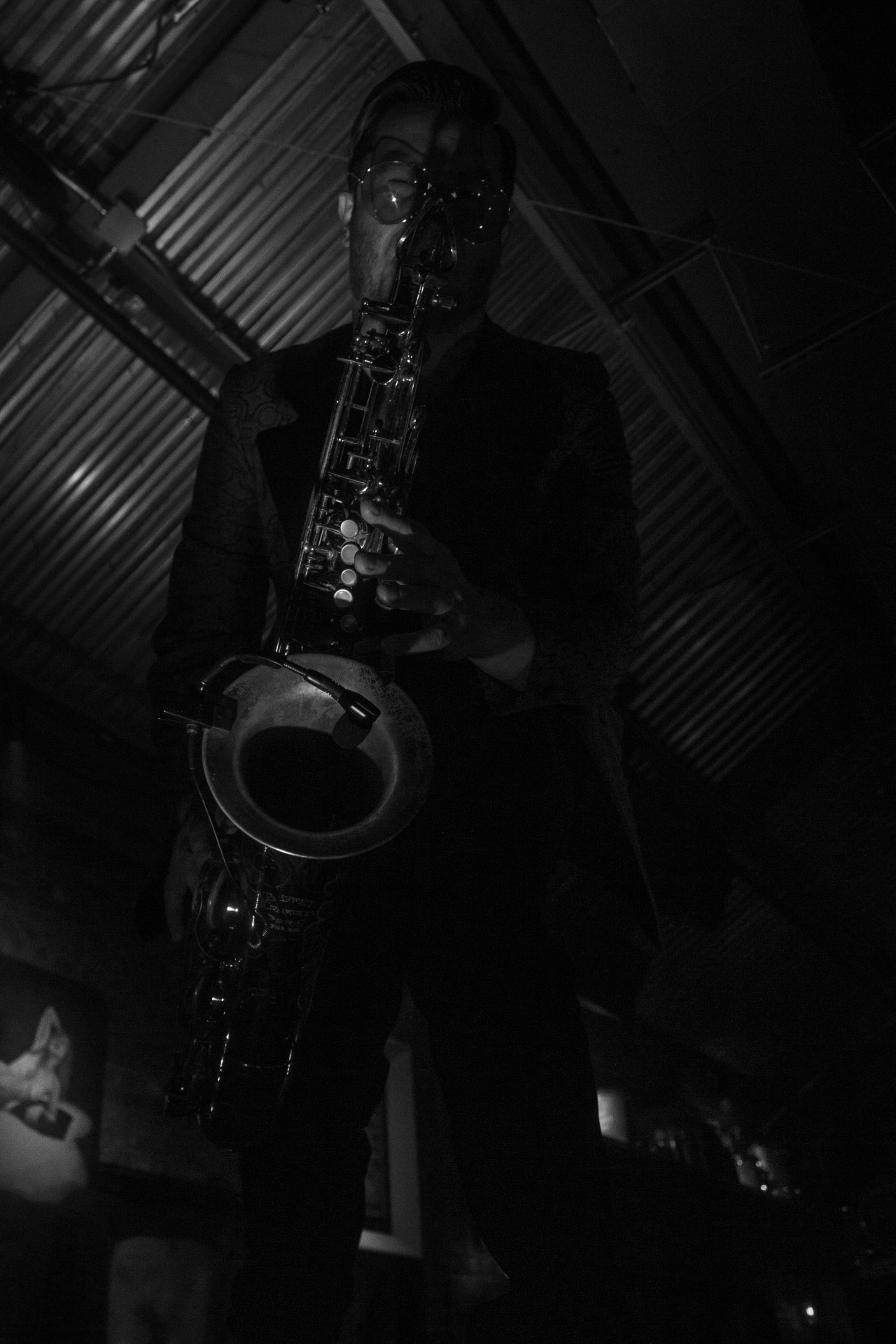 This week’s playlist is brought to you by veritable saxophone machine Walter Kolhoff. You probably know Walter famously from the band MojoFlo, but he also is the brains behind The Dubfunk Trio and has been recently spotted performing at Ivan Kane’s Forty Deuce. Recently, Walter took the time to discuss his thoughts on soul music and share his personal playlist with (614). You can stream it via Spotify below.

I started the playlist off with some of my all-time favorite funk jams. “Wanna Be Your Lover” by Prince and “Mothership Connection” by Parliament are two of the greatest recordings in history.  I’ve played these songs thousands of times, and they will never get old.

Jimi Hendrix is a HUGE influence on me musically. I love the raw power he puts behind the music, and his willingness to explore new sonic territories to this day blows my mind. He takes you on a journey with his guitar, and I’m going with him every time. Audio geek side note: I love the panning on the guitar solos. Epic.

I saw Sharon Jones live in a tiny basement club in Toledo (called the Basement) in the early 2000s. She was the most powerful performer I have ever experienced in person, and that night changed my life. Up until that point, I didn’t think there was room to be a sax player or to play soul music in the contemporary world. Damn was I wrong!

I want to make special mention of “Fire Eater.” Rusty Bryant is one of the most amazing musicians to ever come out of Columbus. He is an absolute monster on the sax and a true titan of soul-jazz. I highly encourage everybody to check out any Rusty Bryant records you can get your hands on.

I included a few projects that I have played on at the end. “No Helmet Up Indianola” is the newest record from local legend RJD2. I was really stoked to work on his newest release and felt so lucky to have gotten the call. “Beat Down and Broken” is the title track from an EP I did with Stretch Lefty around 2010 (I think). They are one of my favorite local groups, and it’s one of my favorite projects I’ve worked on. The last one is the newest single from MojoFlo: “Perpetual Conduit of Positivity.” MojoFlo has been my passion, my life, and my main focus (musically speaking) for 12-plus years. “PCP” is the first release from our album we are working on finishing. I hope it brings a little light into everyone’s day when they hear it!

Who are some of the people in the Columbus community that you look up to as inspiration, both in music and life?

First off, my amazing wife Amber Knicole. She is one of the most captivating performers I’ve ever had the pleasure of working with. In music and in life, she is constantly teaching me, guiding me, and inspiring me to be a better version of myself. Without her, I would literally not be the man or musician I am today.

Phil Clark is one of the most genuine and humble musicians and performers I know. His love of the art and the soul that he puts into it inspires me every time I hear him play.

Michael Cox was my teacher/saxophone sensei. He taught me so much, not just about how to technically play the instrument but how to approach music and the world thoughtfully, compassionately, and with love.

I recently ran into you performing at Ivan Kane’s Forty Deuce at Easton. The gig seems perfect for you. How did this opportunity come about for you?

I LOVE playing at Forty Deuce. It really does fall right in my wheelhouse. It’s all soul, rock, blues, and R&B filtered through a jazzy vibe. It’s all super high energy and all saxophone in your face, so I have a great time. As with most things in life, it’s all about who you know! I met Ivan through a mutual friend who had managed one of his clubs in Atlantic City. We hit it off, my wife got hired to do the rest of the talent acquisition, and we were off to the races!

Currently, you can catch Walter most weekend nights at Ivan Kane’s Forty Deuce at Easton, located at 3959 Brighton Rose Sq. MojoFlo will be performing Friday, Aug. 28 at Natalie’s in Grandview. MojoFlo will also be releasing a new single in September entitled “Keep Holding On.”

Here is where you can find Walter on the Internet: