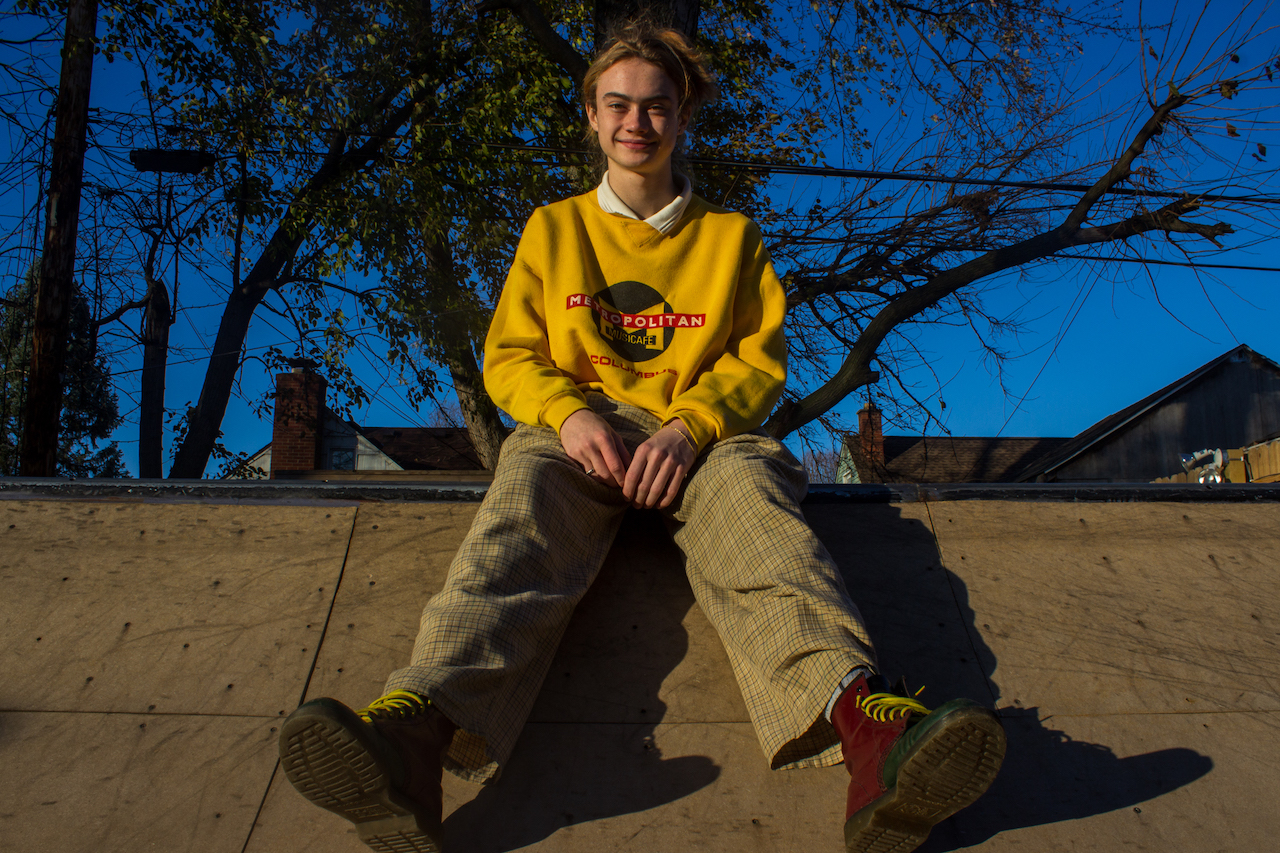 In 2019, 19-year-old producer Elias Krahel set off to build a mini skate ramp under the direction of his dad. An impressive feat at any age, Krahel, his father, and a few additional helpers built an epic monument of DIY mastery in his backyard, an escapist’s playground that became even more valuable during a year of isolated shut-in orders.

The intertwined nature of the skating community and counterculture musicians has been well documented throughout pop culture. Initially, skateboarding had its musical roots tied into the fabric of the punk scene, with groups such as hardcore rockers Black Flag and Suicidal Tendencies sparking the revolution of the genre “skate punk.”

From a modern standpoint, Krahel, who goes by the judicious DJ pseudonym Fatty Smoov, embodies the skate punk movement. From time to time, he will graciously cater to his skater friends by schlepping his portable DJ setup from his home to the skate park and dropping hour-long mixes peppered with classic house music gems.

“[My friends and I in the skate community,] we’ll just do anything [to] make it work, and I think you should do that with anything before you dump a bunch of money into it,” said Krahel.

Those ethics shine through in Krahel’s mixes. Leaning on and learning from his dad’s vinyl library of 300-plus records—mainly house music but also lots of techno and hip-hop—while growing up encouraged and inspired the teenager to gravitate toward deejaying. Before graduating in 2019, Krahel spent his mornings studying audio production at Fort Hayes and the rest of the school day at Columbus Alternative High School (CAHS).

Krahel didn’t enjoy the CAHS portion of his schooling as much as he fancied honing his skills with the digital audio workstation Ableton. The Clintonville native knew that traditional higher learning wasn’t the pathway to his desired career, so he will be embarking on a five-week program at the Recording Workshop in Chillicothe starting next January.

“I’m trying to fine-tune my style and get it down so if somebody listens to my mix, they’ll be like, ‘Oh yeah, that was Elias,’” said Krahel.

The DJ wunderkind also learns best by doing, not by book or instruction. Before attending Fort Hayes, he was self-taught in Ableton, in which he has four years of total experience under his belt. Recently, Krahel has become versed in another software called Serato, which has increased his music library tenfold due to its digital accessibility.

“I have my own style of doing things, and I’d rather just take a peek at it [in] my own way,” said Krahel.

That’s emphatically evident within just a few minutes into a Fatty Smoov mix, two of which are available to stream on SoundCloud. One of those mixes, aptly-titled “The Backyard Mix,” was fused just feet from the aforementioned skate ramp. The 45-minute magpie mix transitions smoothly between remixes of Bell Biv DeVoe’s “Poison” and Indeep’s “Last Night a D.J. Saved My Life.” At the 36-minute mark, the party explodes into an effervescent frenzy when “Rendez-Vu” by Basement Jaxx is introduced into the picture, a testament to how Krahel conducts his mixes with random, freestyled bursts of joy.

“Poison” and “Last Night…” are tracks that show up in both “The Backyard Mix” and Krahel’s radio debut on WCRS as part of the underground house and techno showcase called Biohazard Radio. Both songs lend themselves well to captivating first-time audiences.

“I think he has a very eclectic taste and is able to throw in songs and stuff that people aren’t expecting necessarily,” said Sam Gwin, producer of Biohazard Radio.

Although it’s tough to pinpoint a specific influence in Fatty Smoov’s decades-spanning style, a timely comparison can be made to the glimmering Haitian-Canadian DJ Kaytranada. For those looking for a gateway to dive into Krahel’s music, Kaytranda is one of the more obvious comparisons. Both have the talent of being able to put a grin on the listener’s face and attract an audience to the dance floor with a heterogeneous display of musicality.

And also their alignment with improvising on the spot.

“It’s definitely more satisfying if you do it that way, in my opinion.”

While work under Fatty Smoov gravitates toward house, techno, and hip-hop music (the DJ likes to keep his mixes between 118 and 133 beats per minute with emphasis on how the high hats hit), that isn’t the only artistic outlet he is pursuing. Krahel has been crafting funk music with his longtime friend Henry Morris, a member of the acclaimed Columbus punk-rock band RADATTACK. The songs, which the duo is currently working on perfecting, feature Elias contributing his bass-playing and vocals to the unnamed group.

“He’s a very creative dude,” said Morris. “He’s got his hands on a lot of different honeypots, and I think he’s crazy ambitious. I don’t see any limits [on] where he could go.”

Another in-the-works project that Krahel brought up is his interest in starting a four-piece metal outfit. Although schooling may slow down those dreams in the meantime, the Recording Workshop program will only last five weeks. Still, he will be learning skills such as how to master songs, promote his music, and put together an album, likening it metaphorically to a glue that will help to get him noticed.

“I want to be referred to as an artist,” said Krahell “I want to be known for all the things that I’m trying to do.”

While it may seem that Krahel has everything at his disposal—a skate ramp, a record collection, and turntables—within the bounds of his backyard, the teenage producer is impatiently awaiting the day when he can spin to an intimate audience in the basement of a dirty house.

“I like things a lot more when they’re rough, and if you’re doing things brand new, it looks too pristine,” said Krahel.

The 19-year old believes that house shows—a popular staple amongst the skate punk scene—will have a rebirth of sorts once COVID-19 restrictions are lifted because “everybody’s dying to get out there.” When that happens is still up for question, but regardless, Krahel has enough music in his arsenal to hit the ground running.

Or, to skate the decks per se.

“I’m definitely going to try to push a lot of my music out before everything’s lifted up so I have the means to do anything,” said Krahel. “If I want to play a rock show, I can do that. If I want to DJ at a club or anything, I just want to have it all at my fingertips and be like, ‘Yeah, I can participate.’”