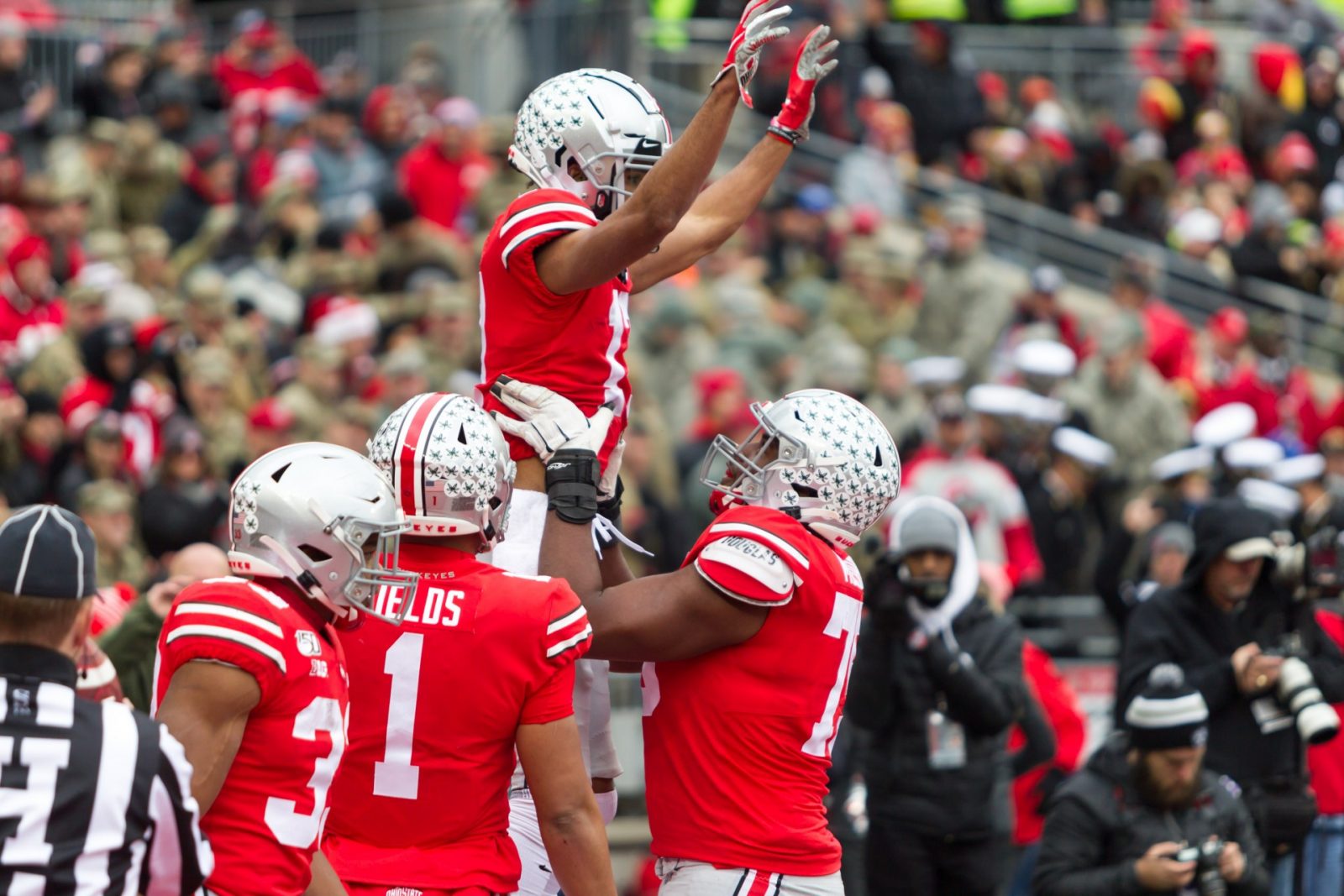 If you had polled anyone familiar with the college football landscape before the 2020 season and asked them to pin Ohio State’s toughest matchup in conference play this year, it’s likely many would have said their away game against Penn State, or maybe their annual matchup with *ichigan.

And in a season that’s likely provided more twists and turns than any other before it—from delayed start times to empty stadiums and more—maybe the biggest twist of the year so far is the fact that Indiana will likely be the best football team Ohio State plays during the regular season.

While the Buckeyes enter tomorrow’s 12:00 p.m. home game as the nation’s 3rd-ranked team, the Hoosiers aren’t far behind at No. 9.

And although OSU is currently about a 20-point favorite, this is a feisty Indiana team that has been no stranger to instigating upsets this year. Their season opened with a thrilling overtime victory over then 8th-ranked Penn State. And on Nov. 7 the Hoosiers also toppled the then 23rd-ranked Wolverines.

To make sure they’re not added to the list of programs Indiana takes down this season, the Buckeyes’ first priority will likely be containing Michael Penix Jr., the Hoosier’s dynamic dual-threat quarterback. The redshirt sophomore has thrown for 1,070 yards this season with 9 touchdowns and 3 interceptions.

And the 9th-ranked Hoosier won’t be their only obstacle heading into tomorrow’s matchup of unbeaten teams either.

Not only will the Buckeyes be down their starting kicker, Blake Haubeil, for the second straight game, they’ll also be playing in an empty stadium, as due to COVID concerns, families of players will no longer be allowed inside of Ohio Stadium.

“It’s just one more thing that they’re just going to have to handle, and it hasn’t been easy, there’s been a lot of these things that’s gone on over the last couple months—and disappointment—and here’s another one,” said head coach Ryan Day during a Nov. 17 press conference.

Saturday’s matchup will determine which team holds first place in the Big Ten East. As Indiana has played one more game than Ohio State, they are leading the division currently, which is just another interesting element in a game that’s shaping up to be one of the most fascinating of the year.