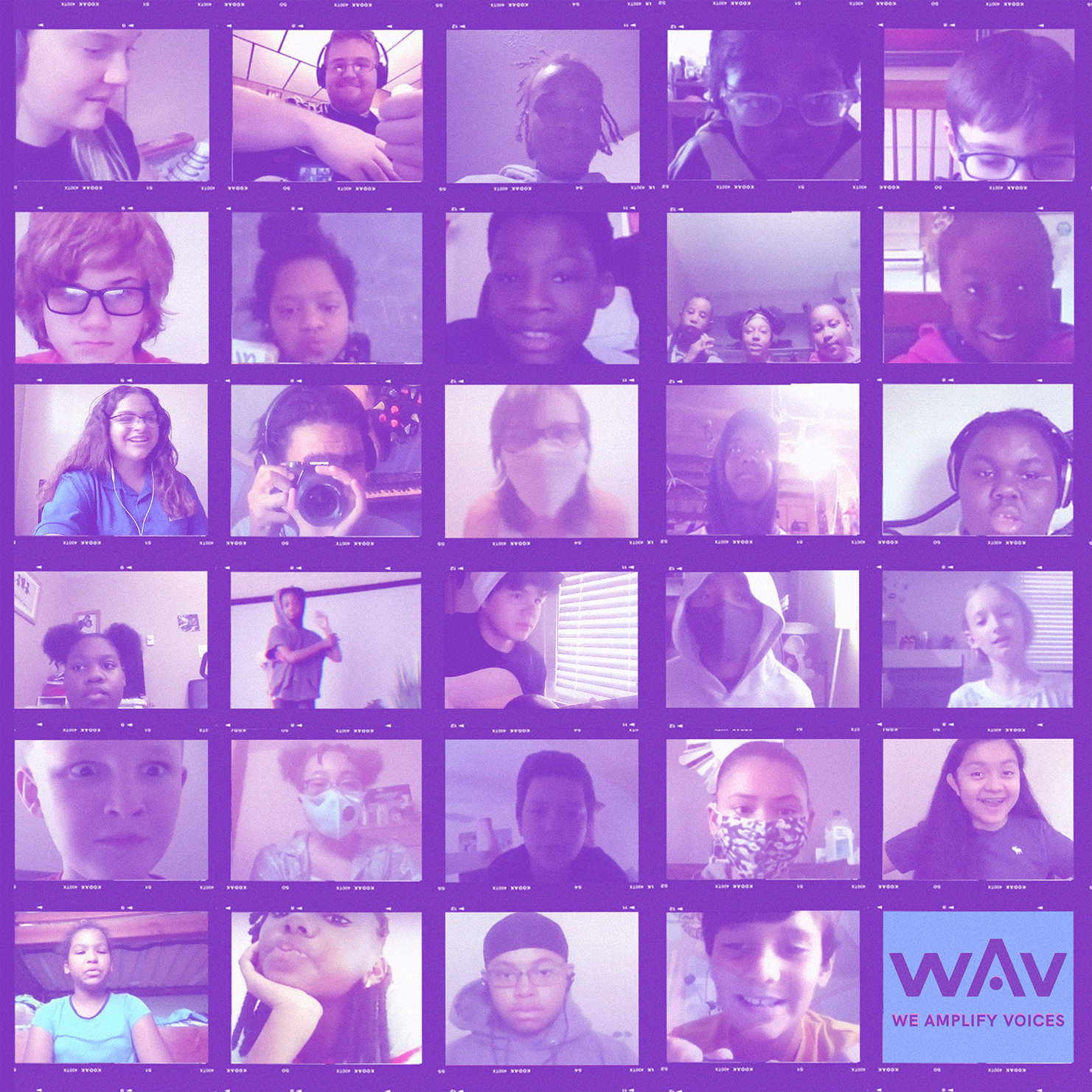 We Amplify Voices, a nonprofit dedicated to empowering children through songwriting, will drop its latest release, “Stay Safe,” Sept. 25. Each song was written in collaboration between local professional musicians and underserved children in the Columbus community .

Although the pros make sure the music is radio ready, Nick D’Andrea, director of WAV, said the real focus is on giving a voice to struggling youth.

“I think having the space to just air out how they’re feeling, because there’s so much fear in the air, and having to process all of the happenings without the constant interaction with other kids in your school is just really isolating and can really make you feel in a bubble,” said D’Andrea.

The kids range in age from 8 to 18, but D’Andrea said they are primarily middle-schoolers from Columbus City Schools. The schools select “at-risk” students who are struggling economically, behaviorally, or socially. WAV’s summer camps, funded through a grant from Columbus Recreation and Parks Department, are open to any child, and are advertised through channels such as the Ohio Domestic Violence Network. This year, two songs were produced by children from the Homeless Families Foundation.

Each song is the product of a group of eight to 10 children teamed up with a musician who would normally come into their school or work with them through a summer camp over a six day process to produce the music. This time, the sessions were carried out over Zoom. Kids are not required to have any existing musical ability to participate.

This year, D’Andrea said songs produced by the different groups each presented similar themes, making for an unusually cohesive release. Stories of isolation, social justice, and civil unrest dominated the conversation. Most songs end up being hip hop or R&B, but D’Andrea said there are always rock songs and pop ballads as well.

With children from varying backgrounds collaborating on a piece of art, conflict is inevitable, but D’Andrea said learning how to be honest and compromise is an essential facet of the program.

“There’s definitely some differences of opinion that happen. You kind of establish guidelines at the beginning of the workshop, too, about showing respect, not saying anything hurtful, and just kind of creating that safe space,” D’Andrea said. “But I think the moments when there are disagreements are kind of the real healing moments in the workshop that we’ll see.”

D’Andrea said the program is really about fostering vulnerability and emotional learning through a kind of informal group therapy. The song that is produced throughout the process is a vehicle for discussion between the kids.

Finding musicians who can work with the children effectively is no easy task. D’Andrea said it takes a rare combination of talent, empathy, and thick skin. A rough cut of each group’s song is presented to the kids on the fifth day, and reactions can be brutally honest when the young songwriters are so heavily invested in the work.

“Everybody has to feel some emotions on these workshops,” D’Andrea said. “Nobody gets spared.”

We Amplify Voices’ newest release, “Stay Safe,” will be available on music streaming services Sept. 25. Previous releases can be found on WAV’s SoundCloud.