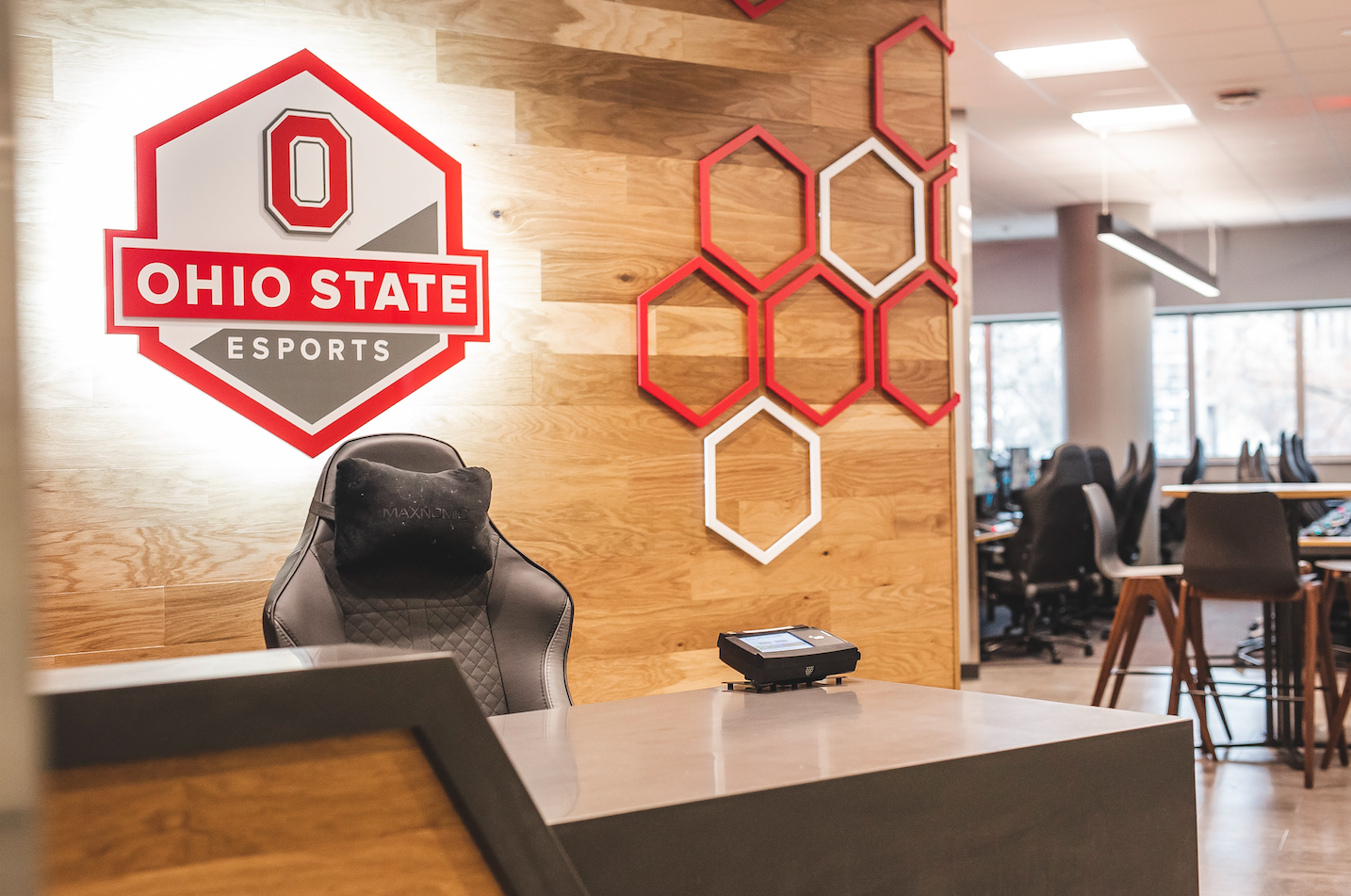 The lights on the big stage are bright and hot. The tournament has winnowed down to two finalists, and the winner will leave the arena $500,000 richer. Thousands of live audience members look on with painted faces and signage. No, it isn’t a Pay-Per-View boxing match we’re talking about: this is esports.

The last decade witnessed a meteoric rise in professional video game culture alongside the explosion of streaming services like Twitch and YouTube. One of the most important aspects of this is the shift in how gaming is currently viewed: once considered a time-killing hobby or even detrimental, esports competitors are finally getting the respect and attention they’ve fought for.

Surprising to some is the fact that Ohio is one of the states leading this change. Not only is it home to a pair of universities (University of Akron and Miami of Ohio) offering athletic scholarships for esports, but the state is also making waves as its landmark schools and universities continue to embrace more and more aspects of serious video game culture.

Ohio State is part of this trend, leading the way for competitive gaming. While competitive gaming has been largely relegated to the likes of school clubs or groups in the past, OSU will unveil three university-sanctioned esports teams this semester, competing in League of Legends, Overwatch, and Rocket League. Tryouts were held in early February, and the teams are preparing for their first actual competition in a matter of weeks.

According to the school’s esports director Brandon Smith, Ohio State recognizes that a large percentage of its students are part of the gaming world. The university looks to cater to all of those students, not only the most elite esports athletes.

“We realize that a large percentage of our student body connects with esports culture, and we want to make sure we’re engaging as many students who game as we possibly can,” Smith said. “We’re hoping the arena is a place where we students can relax, a place where new people cross paths.”

The “arena” that Smith is referring to was opened in 2018 in Lincoln Tower. It features 80 gaming PCs outfitted with Alienware and high-definition monitors, consoles equipped with popular titles, a virtual reality headset, and even an esports broadcasting booth. With the majority of the computers dedicated to the general student population (18 machines are set aside for the school’s esports teams), Smith notes the response has been resoundingly positive.

“We’ve had over 1,500 unique scans, meaning 1,500 different students have used the area. And that number is growing every time we look at it,” Smith said.

And while esports arenas at the collegiate level are appearing more and more, esports facilities at the high school are still relatively unheard of. Canal Winchester is one of the districts changing this.

“In terms of seeing competitive esports at the high school level, it’s really not an issue of if anymore,” said Canal Winchester Athletics Booster Club President Donnie Musick. “It’s a matter of when.”

Currently, the school, backed by an ambitious group of athletic boosters, is in the planning stages of constructing an esports training facility, which will be open to students and as a competitive venue. While many of the details are still in the works, Musick envisions an amphitheater-style construction for the space, complete with fiber internet connection. The facility would likely be part of the school’s Leadership Training Facility, a state-of-the-art on-campus site for athletics that is currently in the fundraising stage as well.

“The reality is, we see a correlation between student activities of any kind and academic success,” Musick said. “If sports are so often setting the culture in high schools, we want to be inclusive of all students, and make room in this for esports too.”

According to Musick, the project is still several years away, as the district and athletic boosters work to secure funding. In the meantime, the school will look to grow its esports contingency. Currently, Canal Winchester supports a competitive esports club, but Musick envisions this will eventually become a fully-sanctioned athletic team.

And while the Canal Winchester School District is itself taking a progressive stance on esports, Musick and the school’s Athletic Director, Patrick Durbin, envision the esports facility as a hub for training and competition that can be shared with nearby communities and school districts.

The move is not only supported by district officials, their constituents appear to back the project solidly as well. “Nearly everyone we’ve spoken to has been behind it,” Musick said.

Meanwhile, Columbus College of Art and Design is planning a broader program for students interested in entering the gaming arena. It’s planning to launch a Game Art & Design major for beginning in fall 2020. The new major, under the umbrella of the school’s animation program, allows students to learn every aspect of video game creation, from coding to storytelling.

According to CCAD Assistant Professor Liz Keegan, who will be teaching many of the school’s new game- related courses, the major is an extension of the school’s two current game design offerings: Game Art Projects and Game Art Pipeline.

The Projects course immerses students into the world of video game creation for a full semester, allowing them to work in everything from 2D platforms to virtual reality, and ends with them producing 60 seconds of gameplay. Pipeline, a spring offering, is generally seen as a continuation of Projects, where many students carry over their original work and concepts to streamline it.

“The course helps students see how their game actually works, and how it fits into a system. We help them take that next step toward actually understanding coding and platforms to see what works best,” Keegan said.

No matter where you’re studying, one thing is clear: esports aren’t just for basements anymore. Grab the sticks and get ready, people; it’s game time.