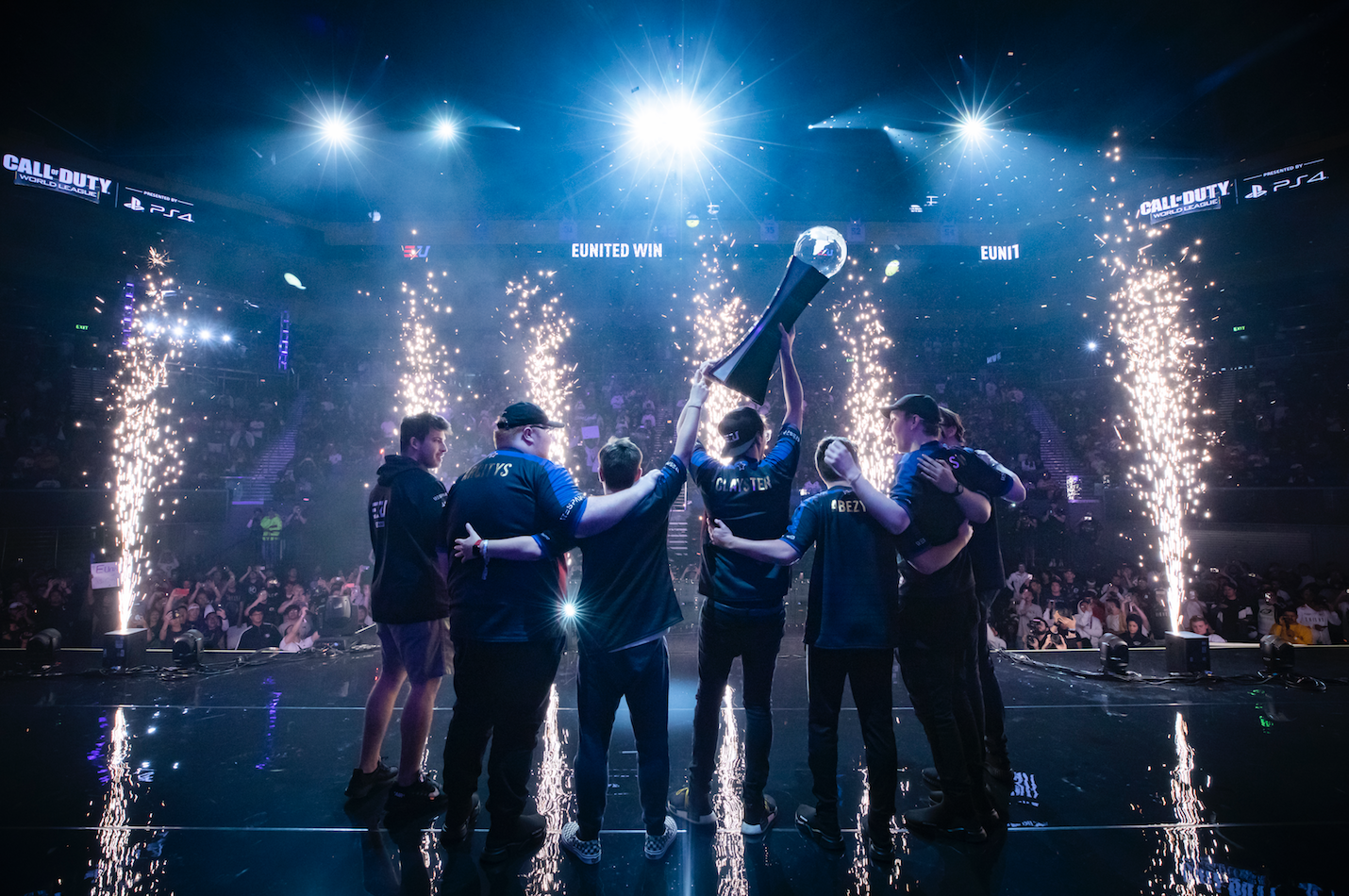 The Pearl’s second location is now open in Dublin

Cultural critics used to dismiss video games as an isolated obsession. That’s hardly the case anymore, if it ever was. Even back when neighborhood kids used to huddle around an Atari for hours, it was always social, competitive, and often collaborative.

Now with most households capable of streaming data at speeds that would probably melt a dialup modem, online gaming has come of age, and those same critics are now forced to reckon with millions of players engaged in an emerging entertainment medium that scarcely existed a generation ago.

“It’s a completely different landscape today than when we launched Major League Gaming. But even then, we predicted that video games would have their own version of the NFL,” explained Adam Apicella, CEO of Esports Engine, the Columbus-based startup built on nearly two decades of industry expertise. “It’s what we set out to create back then.”

That early insight wasn’t far from foreshadowing. Through a series of expansions and acquisitions, what started as Major League Gaming in 2002, better known now as MLG, has become a leading player in a global phenomenon—with Esports Engine at the edge of an evolution, backed by gaming industry veterans, long-time collaborators, and the former CEO of ESPN and NFL Network.

Launching Esports Engine in Columbus was always an obvious choice, even if not for Ohio University graduate Apicella’s familiarity with the market and the proximity to Ohio State and dozens of additional colleges and universities throughout Central Ohio. Even MLG’s 2014 investment in a dedicated, 14,000 square-foot, live competition arena in an empty warehouse that used to be an indoor bounce house, was no less ironic. Gaming had grown up.

“Back in the late nineties, early 2000s, multiplayer games first started to pop onto the scene. I think the first I remember was James Bond GoldenEye on the Nintendo. You could have four players on one TV,” he explained. “Publishers started to realize these multiplayer components would create longevity for their games. You’d sell a ton of copies, but after they’d beaten the game, they’d put it away and not play as much after that. Multiplayer changed everything.”

A ton of copies is not entirely hyperbole. The same month Esports Engine opened its doors this past October, Activision Blizzard released Call of Duty: Modern Warfare. It was the most successful digital launch in the company’s history, generating $600 million in the first three days. For comparison, that’s nearly twice the worldwide, opening weekend box office for the final installment of the Star Wars saga. Apicella knows the industry and the stakes well. When MLG was acquired by Activision Blizzard in 2015, he was promoted to vice president, and helped design the launch of earlier Call of Duty releases.

“Multiplayer is the bedrock of esports, and publishers saw players would keep playing. Now when a game launches, people still play it years later, spending money within the game through microtransactions,” he revealed. “It’s a completely different line of revenue that didn’t exist when I first started with Major League Gaming.”

Apicella admits that despite concerns about over-hiring in anticipation of brisk business from the moment they launched, they have already doubled the size of their staff in just six months. Created as a one-stop production powerhouse for organizing large-scale exhibitions and competitions, he soon discovered an unexpected demand as a consultancy for those struggling to host their own events, challenges he understood firsthand.

“When we first started out, we had trouble booking venues. We’d have to prepay in full because people thought it was some sort of scam. They didn’t believe this was a real thing,” he recalled. “Now we have cities begging, commissions and convention and visitors bureaus fighting, to bring our business to their markets.”

Despite cities in the U.S. and around the world eager to get in on the ground floor of live, competitive gaming, Columbus was still the right fit for Esports Engine. After considering several sites, Apicella found Smith Brothers Hardware “checked all of the boxes.” Hosting clients from Riot Games and Microsoft to colleagues from Activision Blizzard, the proximity to downtown, the Short North, and the campuses of Ohio State and Columbus State was too perfect to pass up.

“Everyone wants to reach 18 to 30-year-olds and that’s our sweet spot, and we have an epicenter of that demographic right in our backyard. We’ve built out a newsroom style studio, like MTV used to have with Total Request Live, where you can see what we’re producing from the lobby,” he explained. “We can have meetings down here in a premium space, and then go up to Juniper afterward, which is one of the coolest spaces in the city. It was important for us to have an office that was a representation of Columbus when we bring in people who may not be familiar with the city.”

But gaming is more than just college kids blowing off steam or skipping class, and it’s a misperception the industry pushes back as it moves forward; the stereotype of a sedentary, socially awkward kid playing video games in his mom’s basement doesn’t match their broader metrics. Women are among the fastest growing segment of gamers, and the collaborative component of most games forges real friendships that defy typical social stratification.

“Our big, live events are where they meet up, like any sporting event, whether they are players or spectators. Tens of thousands of people, so it’s not a solitary endeavor,” he noted. “Gaming transcends a lot of things. It’s blind to race, gender, socioeconomic status, physical characteristics. It’s inclusive. Anyone can play and compete.”

Despite the enormous economic implications, there’s still a modest, Midwest sense of purpose dating back to the early days of Major League Gaming that resides in the DNA of Esports Engine, and a culture that continues to permeate the entire industry.

“There’s a diversity in this space, men and women playing on the same team as equals. And there’s a lot of crossover,” he noted. “You know what’s awesome? Watching a six-foot-seven NFL player standing behind some skinny kid, going nuts watching him play, cheering him on. It’s a reversal that really doesn’t exist outside our arena.”