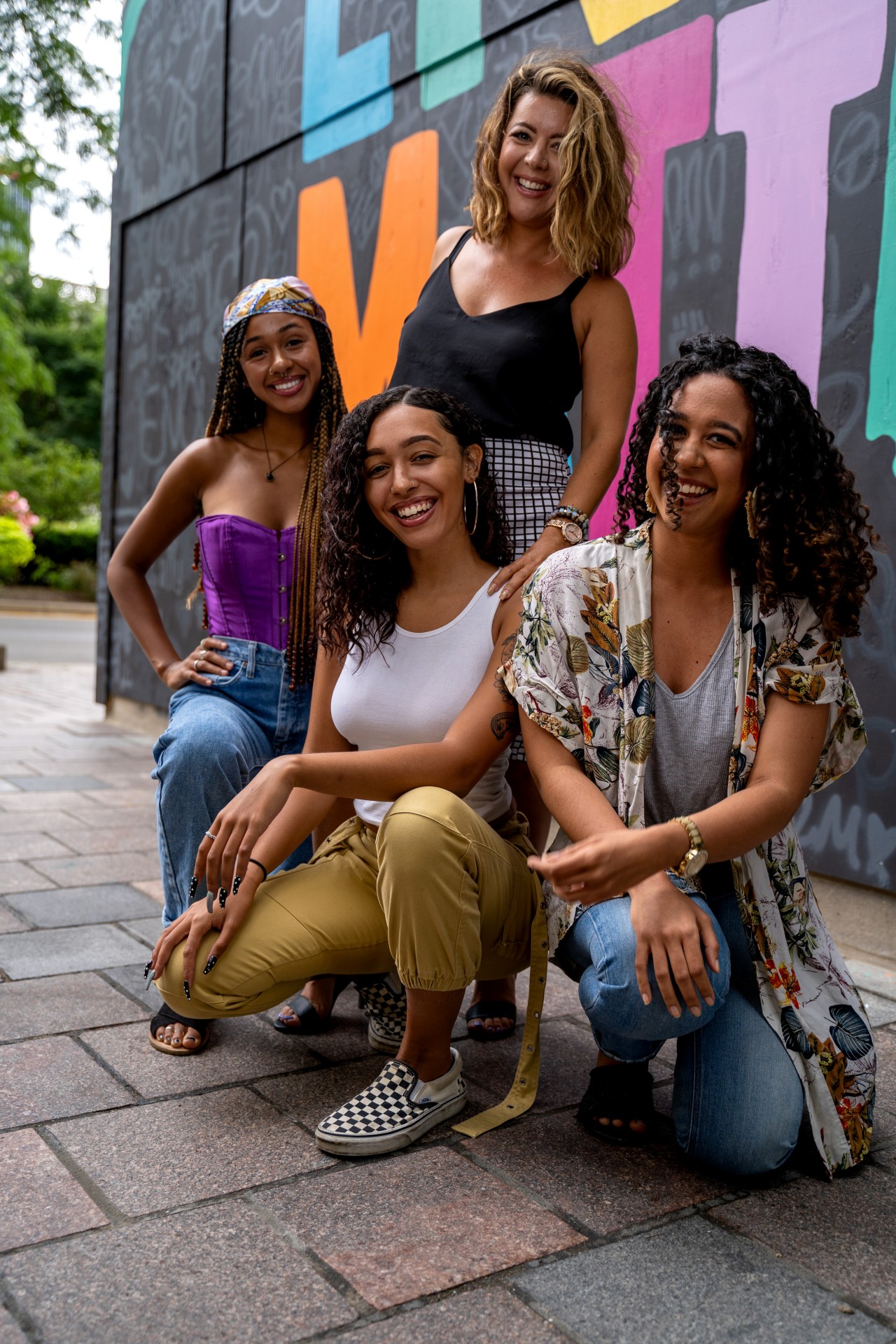 June and July saw protests sparked across the nation in response to the violent death of George Floyd, a Black man, who died after Minneapolis police officer Derek Chauvin, who is white, kneeled on Floyd’s neck for over eight minutes. Chauvin was charged with murder.  What followed was a country filled with rage, outcry, pain, and loss, as cities across the United States joined in protest to end systemic racism, a movement referred to as Black Lives Matter. Among those in the streets fighting for equality were parents with their children.

To help his players and children understand how to truly make a difference when it came to activism, Coach Jones gave them homework.

“I challenged them to seek out their own information. I told them to look up the meaning of systematic racism, oppression, looting, and peaceful protests so that when they are watching the news, attending a peaceful protest or having conversations with their friends and family, they can fully understand the terms being addressed,” he said.

Even as a Black man, Coach Jones said he had to do the work to increase his knowledge on activism, as well.

“I had to do the research. I had to invest in my past and future experiences,” he said. “I made myself available to be open to having conversations with allies, protestors, my children, my family, the Black and white community, to help them better understand what is truly going on.”

The talk about race and racism in America with Columbus’s youth may have started this summer for some, but for others, it’s always been a part of daily life.

As a white, single mother of three Black daughters, Tiffany Jones, Columbus, also found herself having the race talk—even before the protests, but certainly during.

“I was forced to have hard conversations around race, diversity and activism with my daughters as circumstantial events occurred,” said Jones. “For instance, it was eye-opening to have to explain to my elementary school daughter why someone was calling her the ‘n’ word and her mother other derogatory terms. It is because of such events that I have always preached to my daughters that there is never a discussion off the table in our house.”

These conversations have made Jones and her daughters have a united front when it comes to learning, listening, and staying involved in the campaign around activism to end systematic racism and other important causes.

“If anything gives me hope in regards to positive change, it is our youth,” said Jones. “They are openly discussing tough issues that make some adults uncomfortable, with their friends, at home and at school; which is why I would encourage all adults and parents to get involved in discussing these topics. We need to be the example. We need to show up for our children and meet them where they are at when it comes to these sorts of conversations.”

School, in particular, is a breeding ground for these types of tough conversations as young minds come together and start discussing the world around them. Parents, then, become incredibly important as children head back to school—getting to their kids and helping them understand what systemic racism is, what they can do to stop it, and how to do it proactively.

Teachers are also a huge factor in these discussions as kids head back to the classroom.

As an educator with Columbus City Schools, Diana Turner has always felt it was her responsibility to show up for her students. She feels it is important for the youth of today to be aware of what is going on in the world around them, especially when it comes to topics such as race, diversity, and equality.

“That is why I have always included these issues in what I teach; I purposely select books, such as Dear Martin or White Fragility that deal with difficult topics and include them in my curriculum; which does not always win me much favor with the principal,” said Turner.

Turner is also a firm believer that all teachers, especially white teachers in a diverse school, need to work very hard to understand the communities in which they serve. In her opinion, this not only requires training on all fronts, but also these teachers taking the time to question and examine their own biases and unravel any ugliness before presenting those biases before a classroom full of students.

Coach Jones shares these sentiments and applauds teachers, like Turner, who do the work to educate themselves first. “I applaud them because I wouldn’t want them to teach something that is wrong or going to be detrimental to a child’s learning,” said Jones.

Outside of conversations at home and teaching activism in the classroom, Coach Jones encourages everyone, regardless of their race, to vote; to do their research; and to create meaningful conversations about why activism matters.

From our story sources, 614 was able to compile a Fridge List of what you can do to facilitate a conversation about race with your children before they head back-to-school. Cut this out, hang it on your fridge, and reference it as needed.