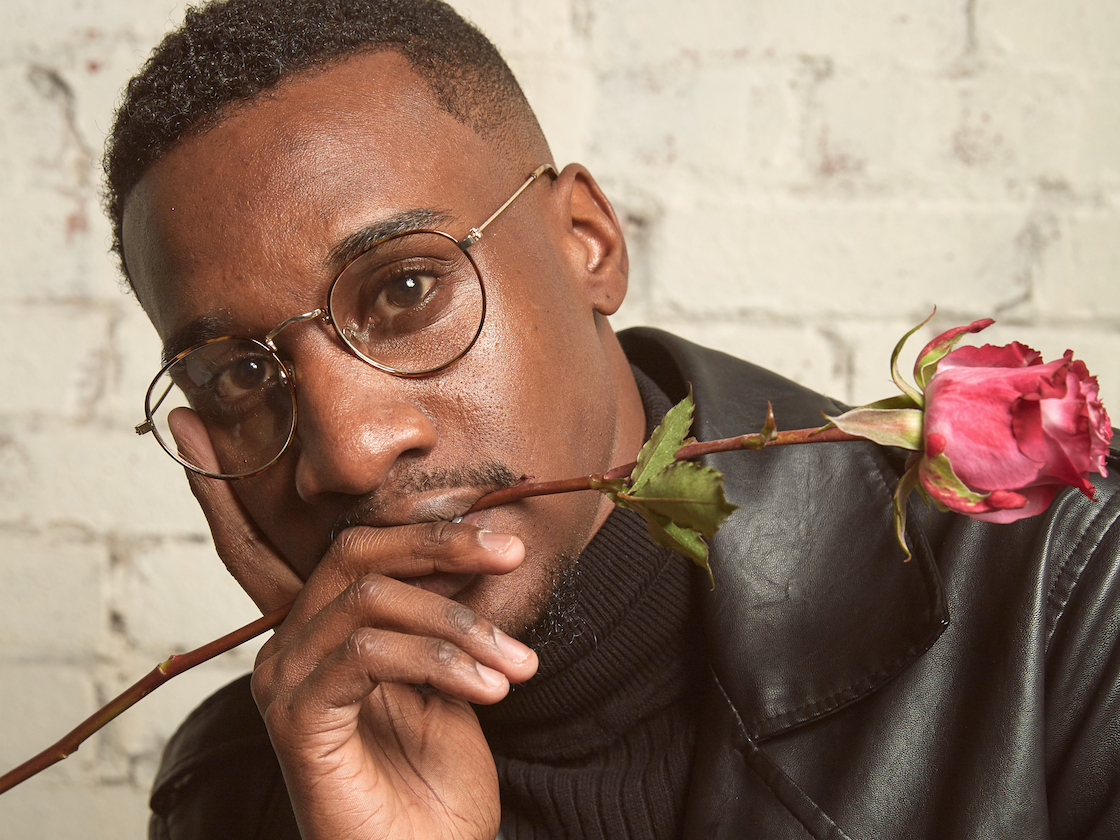 Near the end of “Tunes in My Room,” a song by local rapper Elijah Banks, samples of a affirmations from social media personality Amber Wagner kick in. “You are still surrounded by an abundance of love, you have joy around you, God is with you,” Wagner passionately evokes. “You gon’ be alright.” Though Banks proclaims sophomore album Spin as a love story, much like Wagner’s declaration, through nine tracks filled with soulful aptitude, Banks finds that self-love is the ultimate destination.

“On my first album [Progress, Not Perfection], I wanted to show people all the different routes that I could take,” Banks said. “Over time, I’ve realized that my true roots lie in what makes people feel good, [which is] self-love; that’s what this album is about. When you start loving yourself, you are forced to recognize and notice what isn’t for you.”

Born into a military family, Banks drew different perspectives of music through his upbringing in Germany, New Jersey and Atlanta before ultimately settling in Ohio. Being in the midst of trap-rap culture during his time in Atlanta, he says that if you’re looking for hollow autotuned rap, Spin probably won’t be the ideal soundscape. In fact, not fitting into mainstream standards is helping Banks weed out who his music isn’t for.

“At first, I wanted to aim for a more pop-driven record that could get lots of spins on radio and push myself out more in a regional manner,” he said. “Each song showcases a situation right before it spins out of control.”

Yet, Spin doesn’t sound as chaotic as Banks seems to lead on. In fact, it’s quite relatable, with intricate spoken word amidst a gentle piano (“Kev’s Interlude”), the all-too- common frustrations of working a full-time gig (“4 AM”), and anxiously wading through mall crowds (“Zooming Thru”). With an emotive songwriting process, Banks shares that his ideas are often spur-of-the-moment and generally based on production.

“Sometimes I’ll roll through 20 to 30 beats a day until I find one that matches my mood. Once I choose the beat that I like, I generally work on the rhythm and tones that I want to get across. Then, the focus on the lyrics comes,” Banks says. “I try to talk through relatable subjects with a pop culture modern twist. If you listen to “Zooming Thru,” the song is about my card getting declined at a high fashion store. I like to play with eye catching themes and turn them into great songs.”

While a remainder of songs that didn’t make the cut on Spin will be featured on an impending project titled Elijah Banks & Friends, the rapper values collaborating with fellow Columbus-based artists to stay grounded. Part of 14-member collective Rawest4mation, a group of artists that uplift community arts culture, Banks aspires to one day run an indie label.

With a structural team in place, Banks credits Spin executive producer Kevin Kesicki with piano instrumentation and the cohesive flow of the album, alongside DJ B Redi, Banks’ official DJ. With plans of one day throwing niche cultural events, Banks hopes to eventually test his walk on the runway, having previously modeled for local streetwear brand Good Behavior. Nearly two years after making a splash at Breakaway Festival, Banks is preparing to showcase his diverse instrumentation and creative material at his next show on Valentine’s Day in New York City, backed by his band The Balance. Though his music is leading Banks to spaces outside of Columbus, he says that these performances would be nearly impossible without hometown support.

“I asked myself at the end of last year what [2020] holds for me,” he said. “Many people say [Columbus doesn’t] have talent but honestly, I truly believe you have everything you need for the things to bubble, minus one thing: We need to cross support and take our consumers seriously.”

Though 2020 has just started, with an intentional feel-good sound on Spin, Banks has his sights set on finishing the year more consistent than he’s begun. It’ll be exciting to hear.