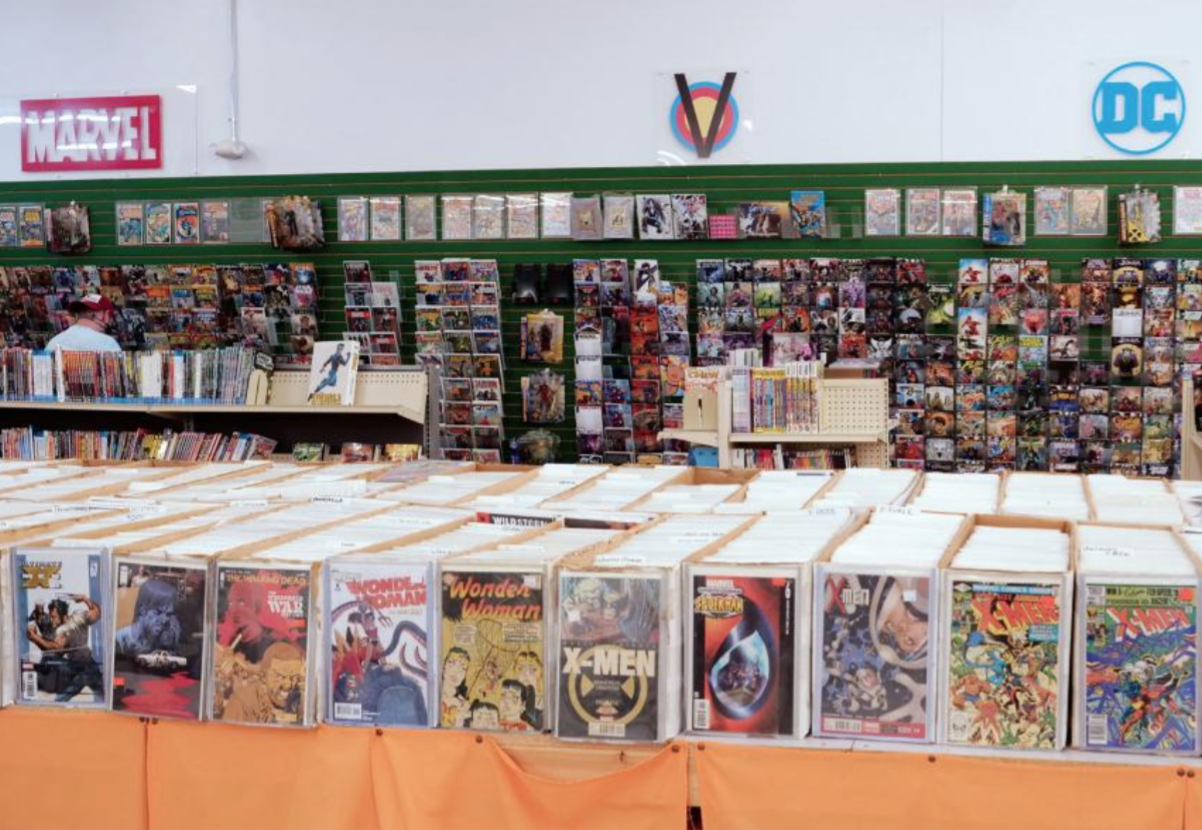 Most casual observers only associate big-name superheroes with comic books; stories colloquially known as the American Mythology that are generally from one of the two powerhouse publishers, Marvel and DC.

But comics as a medium are so much more than the basis of mega blockbusters—and Columbus has strong and varied ties to the artform.

“I think a lot of comic book fans know that Jeff Smith, creator of Bone is from Columbus, and that put Columbus on the map,” says John Orlando, host of PVDcast, a podcast that lets him explore his four great loves: wrestling, hockey, movies and comic books. “The Billy Ireland museum down at OSU is also another great historical look at the past.”

Comic convention culture has deep roots in the capital city as well with Columbus playing host to the Wizard World Ohio Comic Con, Jeff Smith’s own Cartoon Crossroads Columbus, Sol-Con: The Brown and Black Comix Expo at OSU, and SPACE the Small Press and Alternative Comics Expo, to name just a few of the major opportunities for creators to exhibit and fans to get their fix.

“Columbus is a creative town in general,” Orlando observes. “There’s a lot of fantastic art being produced.”

One of those outstanding local artists is Victor Dandridge, homegrown creator recognized as “The Hardest Working Man in Comics.” Dandridge started publishing his own comics in 2006 with local imprint Freestyle Komics and has gone on to start his own company as one of the most influential voices in the community. A community that is thriving.

“I bet there’s at least 100 creators in Central Ohio alone,” explains Dandridge. “I’d be surprised if it doesn’t grow annually.”

A ton of that local talent is on display in the work coming out of Freestyle Komics.

“Our books try to feature the melting pot that is the city that we live,” says Michael Watson, founder and lead creative at Freestyle. He points out that many of the company’s flagship titles actually take place in Columbus. “We try our best to have relatable characters for every type of fandom that there is. No matter your weight, size, height, color of skin, sex, gender—everybody has the chance to be epic.”

Watson explains that approach extends off the page at Freestyle Komics as well.

“Just as much diversity as we have in our cast of characters, I try to have in the people that are actually putting the books together,” he says.

Another enduring associate of the comic industry is that of the comic shop. At one time there were dozens of the beloved institutions around Central Ohio. Now, less than 10 remain in Columbus and the surrounding suburbs. Ostensibly, comic shop owners and local comic creators are part of the same industry, but the reality is they frequently find themselves occupying two completely different worlds.

“We just don’t get a lot of call for it here,” explains Jeff Patrick, owner of World’s Greatest Comics in Westerville, of why his shop hasn’t, to date, put much emphasis on local and independent publications. “We’re in the suburbs and not a lot of the local, small-press fans make it out to the suburbs.”

While that may, at first, seem like a disservice to local creators, Victor Dandridge has a different take.

“A lot of comic creators don’t really understand the retail side of things and it creates a big misunderstanding [with] the belief that retailers don’t like independents,” Dandridge explains. He said that it can be a lot harder to sell independent titles that don’t already have giant, built-in marketing machines like summer blockbuster films carrying most of the advertising weight.

“A store has to live and die by the products that they sell. It’s very imperative that they acquire things that they know they can sell,” says Dandridge.

This reality has led to smaller independents finding other ways to get their creations into the hands of the fans and, ultimately, allowing many to grow past the need of getting their books onto the shelves of local shops.

“Whether it’s through conventions, online sales or Kickstarters, we have circumvented the need for retailers which, to a degree, can hurt the retailers,” explains Dandridge. “We are syphoning some funds away from the retailers almost as a means of necessity on our part.”

For his part, retailer Jeff Patrick sees the value in building relationships with local creators.

“There are a lot of talented people out there,” says Patrick. With a recent relocation to a larger retail space, he now plans to feature a curated selection of local and independent comics. “We would like to shine more of a spotlight on it.”

Dandridge is incredibly optimistic for the future prospect of better retailer/creator cohabitation of the Columbus comic landscape.

“I don’t really like the concept that we are against each other,” he says. “I am a believer in the success of both sides.”