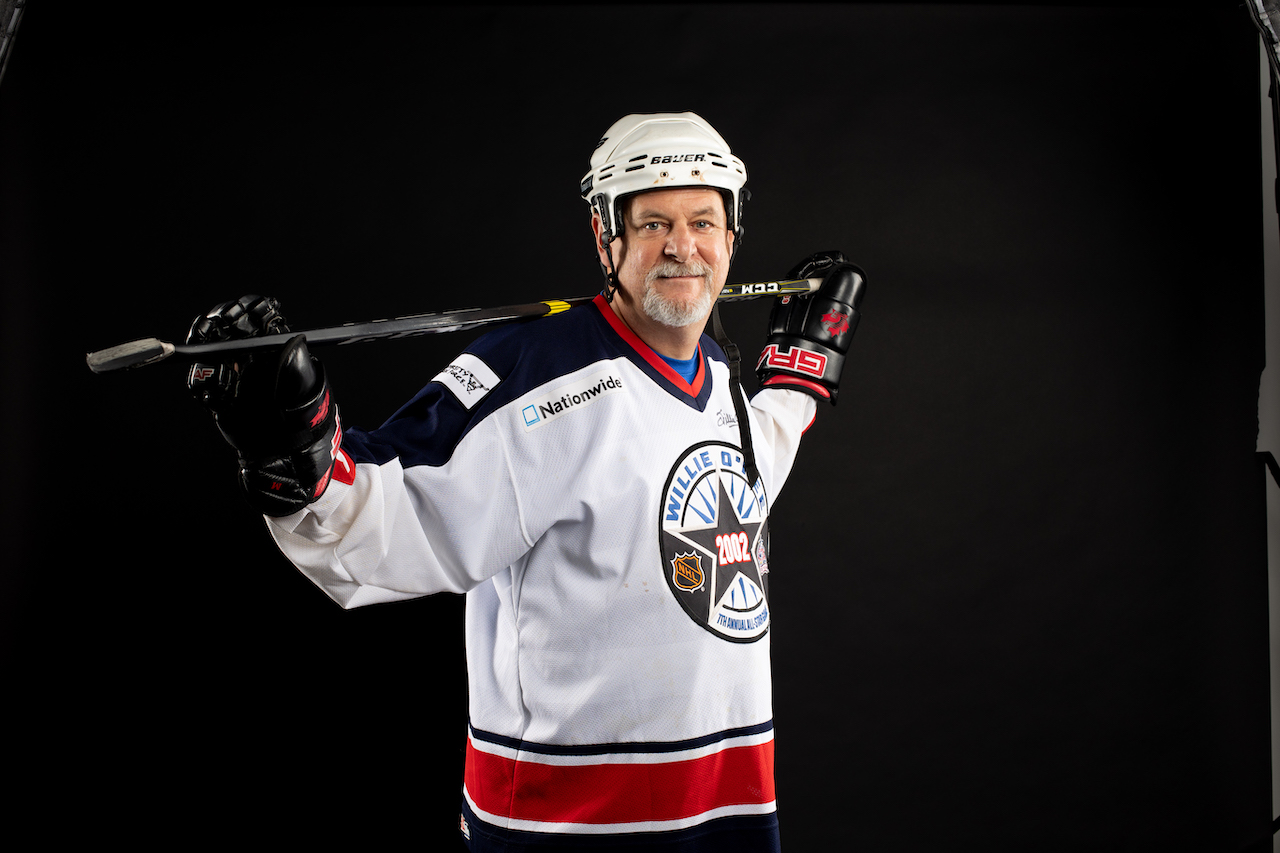 Laughter is the best medicine

It’s hard to convince John Haferman to speak about himself.

The co-founder and executive director of the Columbus Ice Hockey Club, a Columbus Blue Jackets-affiliated program that partners with the city’s Recreation and Parks Department and other local organizations to bring hockey and ice skating instruction to children ages 3 to 18, would rather talk about his club and kids than toot his own horn.

Ironically, that selfless attitude thrust him onto the national stage this year.

Haferman was nominated as one of three finalists for the National Hockey League’s 2020 Willie O’Ree award, given each year to someone who benefited their community and improved lives through the game of hockey. But Haferman’s impact isn’t anything new; he has spent over 21 years bringing hockey to Columbus’s youth and teaching them valuable life lessons in the process.

“Somebody told me once that, ‘Why are you trying to help Black kids play hockey?’” Haferman said. “And this was back in 1998, when I thought, ‘Well, why not?’”

Since that fateful moment, the CIHC has served well over 30,000 kids since its start in 1999, with over 65% coming from minority populations—an impressive statistic for a sport that is overwhelmingly white.

But Haferman’s initial reason for bringing hockey to inner-city and minority kids was much simpler: He loves the sport and wants to share it.

“The kids enjoy coming where somebody is enthusiastic about [an activity], and they know whether you’re genuine or not,” said Haferman. “So if you’re just doing it just for show, the kids are going to know that.”

To Haferman’s credit, he has a lot of practice connecting with kids through sport. His mother was the vice president of The Children’s Aid Society of Ottawa, and he said his family fostered 330 kids over an 18-year period while he was growing up in Canada. When he was charged with looking after them, he said they would frequently play games. The experience instilled him with a strong sense of justice.

“I didn’t know it wasn’t normal to have 16 to 18 kids in your house. And every one of them she treated the exact same, like everyone was a member of the family,” Haferman said. “She would always tell us and kind of reinforce that if you see something being done wrong and you don’t do something about it, it’s just as if you were doing it to them.”

Thanks to those teachings and a lot of his own hard work, the CIHC has grown exponentially since its inception. Before COVID-19, more than 4,000 kids participated each year in the summer skating enrichment program, and about 175 kids filled out the various house hockey leagues. Haferman has the assistance of dozens of coaches, and he estimated that 75% are graduates of the program.

“It’s funny, because every year you worry about the program getting a little bit bigger, and how are we going to cover everything?” he said. “Invariably, there’s somebody else who we haven’t seen in a few years [that] comes back and says, ‘You mind if we coach?’”

These returning coaches speak to the impact that Haferman’s program has. He almost seems surprised at the outpouring of support, but it falls in line with the lessons the CIHC aims to impart both on and off the ice.

Haferman said the program teaches kids teamwork and helps them form connections across divides of class, culture, religion, and race. While he said he is overjoyed that a few kids have gone on to earn D1 scholarships or play on championship college teams, he’s most proud of the fact that every child who stayed with the program has graduated high school.

Although he can’t keep track of everyone he’s impacted, Haferman’s nomination for the Willie O’Ree award showed him just how appreciated he is. He was nominated by a member of the Blue Jackets, several kids in the program, and several graduates.

He said he saw testimonials from former CIHC players he hasn’t seen in over a decade. To make it even more special, Willie O’Ree, the NHL’s first Black player and the award’s namesake, is a personal friend and longtime inspiration for Haferman.

Although he didn’t end up winning the award, Haferman said his relationship with O’Ree is worth far more than any accolade. O’Ree has visited the CIHC dozens of times, and he’s only a phone call away for the program’s budding players when they face adversity.

When Haferman explains how the program garnered such widespread support during a year rife with setbacks, he makes it sound like a no-brainer. Despite his nomination, he remains as humble as ever.

“It’s not like there was some magic potion or something for all this,” he said. “It’s literally just  about how you treat people and how you provide a safe environment where people are treated equally and everyone feels like you’re part of it.”