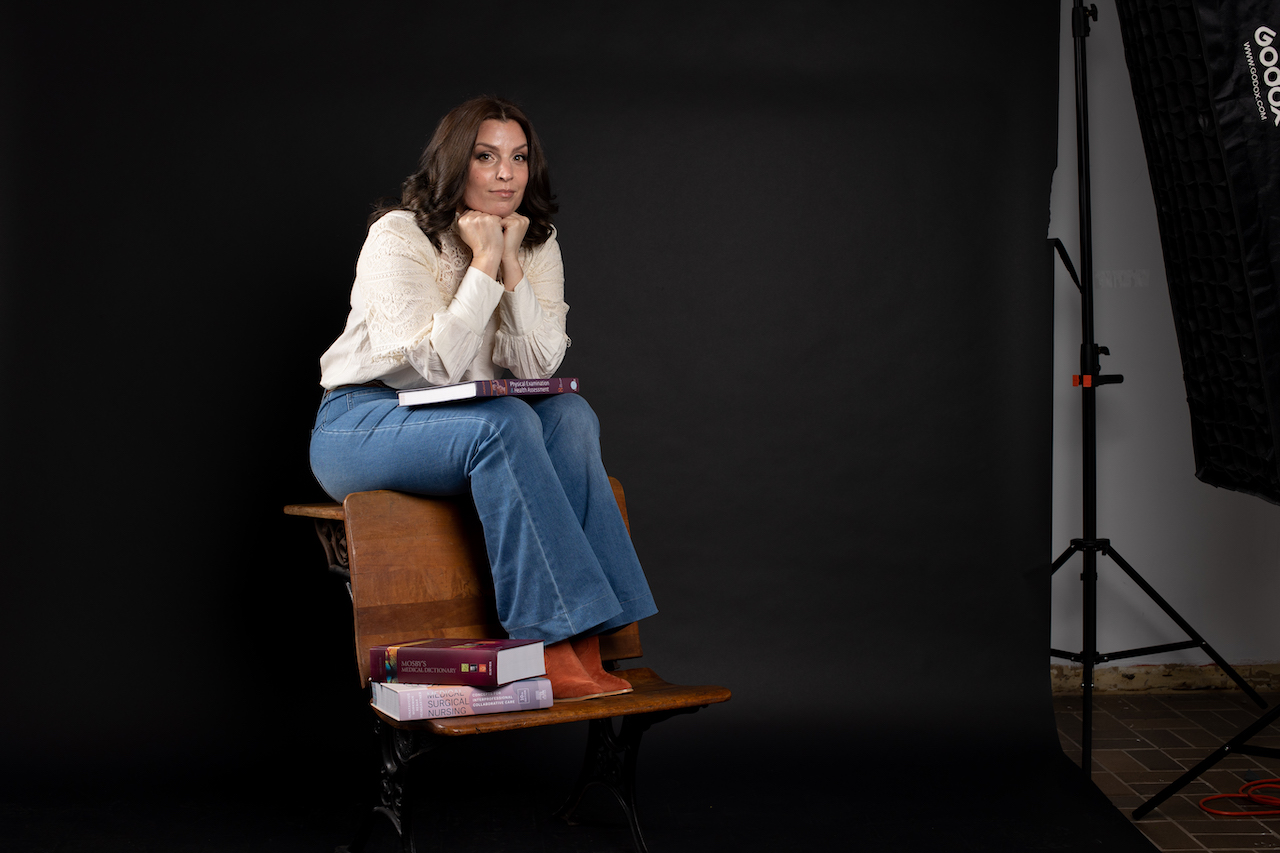 Faced with a roadblock, local comedian Sarah Storer simply created another road where there was none. After the pandemic forced her to halt the opening of her show, she instead embarked on something entirely new.

“We had announced the opening to the public on February 28 and of course, two weeks later, the whole world changed. Luckily, Hashtag Comedy was able to put the business on hold without incurring a financial burden like so many other businesses in our city,” Storer said.

By April, Storer was looking for another avenue of employment with no light in sight for the performing arts scene to pick up. “I needed something that could sustain me, but I also was feeling a ton of emotions like everyone else. I felt like we were all in this weird waking nightmare that somehow also involves too much of all of our favorite things, like ‘The Office’ on repeat and comfort food,” she explains.

This “waking nightmare”” is what assisted Storer to start considering what sort of impact she wanted to make with the rest of her life. “While I love comedy and think that laughter is absolutely important, comedy wasn’t helping me to ‘move the needle’ tangibly. I wanted to be useful and helpful in a real, hands-on way with people. I didn’t know at first what that meant, but I learned that being of use was extremely important to me,” she said.

Oddly enough she stumbled upon what would move the needle while on a Zoom call with her close friends. While talking and having some adult beverages she asked the group “What would your role be in the zombie apocalypse?” Storer had quickly responded that she would be the medic. “I am not scared of blood and I could stitch people up if necessary,” she told her friends.

This line of thought started as a (drunken) joke, but the next morning she started thinking that a medic was truly something she could do. “And within a few weeks, I had applied and been accepted to Mount Carmel College of Nursing’s Second Degree Accelerated Program and had signed up to take my prerequisite classes at Columbus State,” Storer said.

These are challenging times for most nurses in our city, but especially so for nurses at the beginning of their careers. Storer hopes that her background in comedy will help her and her patients get through the tough times, “I’m actually really excited by how my comedy background—and specifically my work in improv comedy—will help me with my patients. In fact, this is something I mentioned to the director of my nursing program during my application interview. And I’ve already discovered that nurses have their own very unique blend of dark humor, so I’ll be in good company.”

Not only will Storer get the opportunity to restore health, mend broken bones, but she will also get the chance to welcome new life, and provide support when life is lost while also bringing her comedy into the mix.

When a nurse is asked why he or she chose to enter the profession, the common answer often revolves around the desire to make a difference. For Sarah Storer, it was exactly that.

“There’s a category of people I will forever have a love for, and those are the folks who I refer to as ‘doing the work.’ These are the people who have seen a problem or a gap and have personally put themselves in the position of solving that problem or filling that gap. That’s the kind of person I want to be,” Storer said.

“Specifically, I admire people like Karen Hewitt, the Deputy Director of Kaleidoscope Youth Center, Erika Pryor of the EPic Career Network (a business born out of the pandemic), and Chere Hampton and Heidi Howes of Motherful.”

Storer looks up to each of these powerhouses for their courage in saying, “I will be the one to lead,” and for their willingness to hold space for individuals who need someone to have their back, which is exactly what she hopes to do with her new career in nursing.