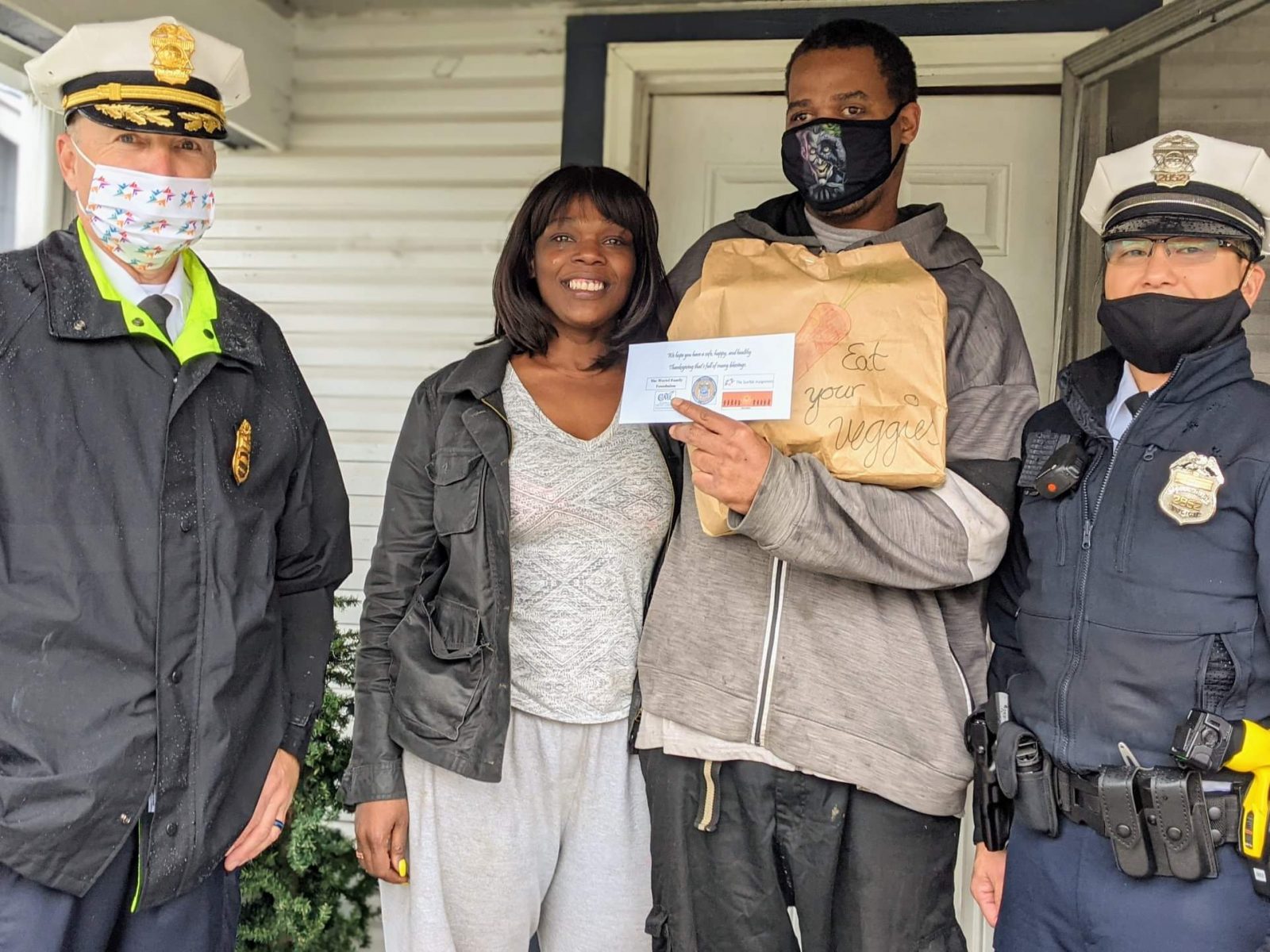 A time of thanks: the wacky, wonderful Franksgiving Dog is back

The Columbus Division of Police and the Franklin Township Police Department worked together with Starfish Assignment Columbus, a local non-profit geared toward community service and improving relationships between local police departments and the people they serve; and Sahara-Columbus, a program that collects and distributes food to those in need throughout the city, to hand out 54 Thanksgiving meal bags to a variety of Columbus families in need.

The bags were made up with dry food donations collected from Sahara-Columbus (Sahara is the word for “help” in Hindi, the native language of founder Teja Kancharlapalli), who then sent the food to local police departments with the help of Starfish Assignment, who also contributed a $30 gift card to local grocery stores in each bag.

The meal bags were then distributed by police officers to multiple Columbus-area neighborhoods on Nov. 22, including Hilltop, Franklinton, others on the city’s southwest side, and Franklin Township.

“We had people tear up. We had people cry. We had people laugh. We had one person say, ‘You might not think $30 is a lot, but it really is. Thank you.’ But everywhere, with every bag, some joy was spread onto everyone there. Every year, joy is a wonderful thing, but this year it’s particularly needed and particularly meaningful,” said Starfish Alliance founder Nicole Banks.

And these weren’t just any holiday meal bags either. Aside from the generous food donations and gift cards, each bag was prepared with a personalized message. According to Kancharlapalli, while she handles most of Sahara’s donations and logistics, the work of packaging each bag is handled by an enthusiastic group of local youth volunteers.

“It’s not just about giving, it’s about teaching, because if I don’t teach the next generation, who will?” she said. “We want these ideas to catch on and for more and more people.”

What’s more, the young volunteers dedicate their time and energy into personalizing each bag with individual messages and artwork. “Sometime it’s surprising when the kids take it so seriously. They wonder if the people getting their bag are going to like their messages,” said Kancharlapalli.

Sahara-Columbus, which began this spring by offering food to children who were out of school, has expanded its community service outreach, as the group continues to help not only families in need, as they offer food to the homeless and prepare snack packages for Columbus police officers as well. The group made a total of 158 Thanksgiving meal bags, with the remaining 104 distributed to other communities.

Starfish Alliance has also worked diligently throughout the month to distribute many other Thanksgiving meals to local families with help from the CPD, including over 100 in Linden on Nov. 18.