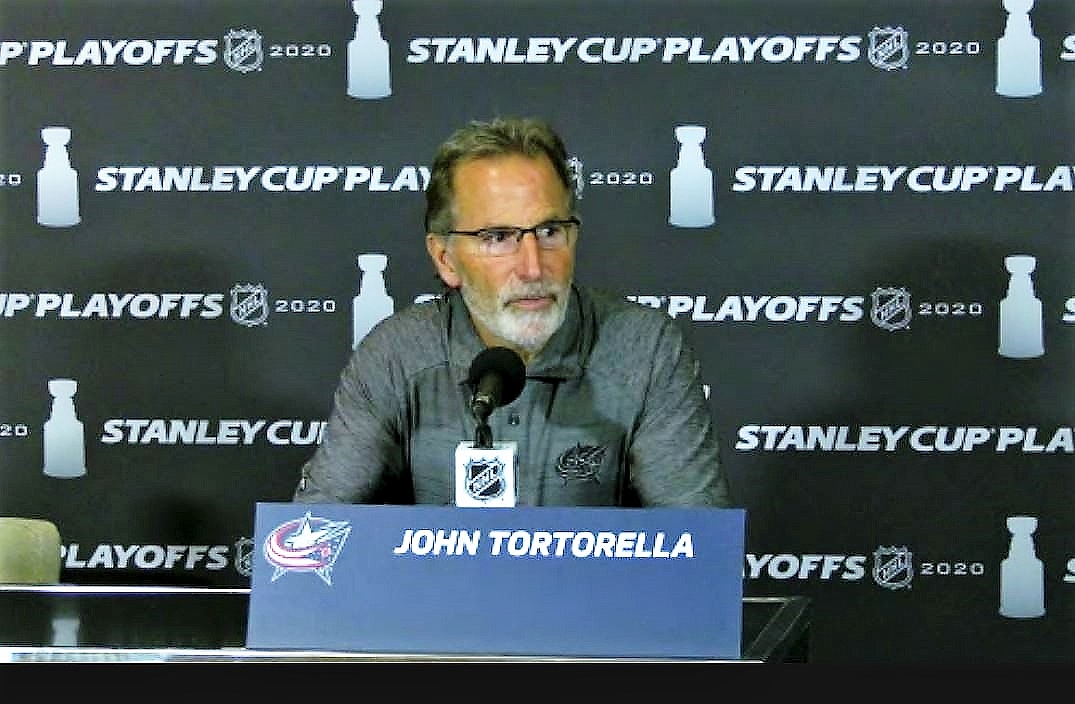 Columbus beat Tampa Bay 3-1 Thursday to even up the Eastern Conference Quarterfinals, 1-1.

After having failed to convert on the power play during their entire series with Toronto, the Blue Jackets now have scored on the man-advantage in back-to-back games. Oliver Bjorkstrand’s first-period, game winner came with Erik Cernak in the box for having interfered with Bjorkstrand.

Another member of the Blue Jackets riding a hot streak is goalie, Joonas Korpisalo, who made 36 saves. He now has 230 stops this postseason.

Cam Atkinson and Nathan Gerbe both missed today’s game. The team ruled them unfit to play. As a result of that, center Devin Shore made his Stanley Cup Playoffs debut. He finished with 5:52 in ice time.