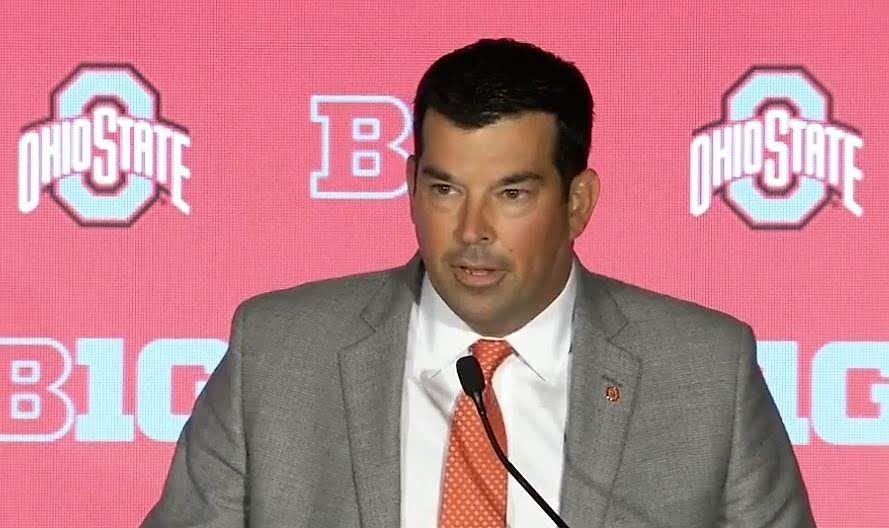 Back to school burnout

Amid the conflicting reports regarding the fate of Big Ten college football this fall, Ohio State coach Ryan Day is making his preference clear: he wants to play.

“I think to (cancel the season) would be a mistake, and I think we need to take some time to re-evaluate some of these issues,” he told ESPN.

Because he acknowledges the need for time, Day has said he’s okay with pushing back the start of the season, and he points to the fact that the conference schedule was designed to allow for this.

“There are still a lot of things we can work through and ways for us to keep pushing down the road of figuring out solutions to this,” Day told WBNS 10TV.

Elsewhere on his television media blitz, he said to WSYX that there is still a lot of work the league needs to do to keep players safe, but he wants to honor the work that the athletes have already done.

“The amount of time and what’s invested by these players and their families to get to this point in their lives, we owe it to them to do everything we can, to give them every option to play safe football.”

Indeed, Day’s players have been pushing to have a season. They shared a letter via Twitter expressing their confidence in the safety protocols OSU has in place and pushing for other universities to adopt similar policies.

Day’s assistants, such as wide receivers coach Brian Hartline, have expressed an interest in doing whatever it takes to face another opponent in 2020.

For this reason, Day would not even rule out temporarily participating in another conference or forming an ad hoc schedule for 2020.

Whether that’s even possible remains to be seen, but Day appears to want to consider all viable options, whether that’s facing SEC teams, or teams from the Big 12, or even focus on a schedule of local opponents.

We should learn more soon, as Big Ten presidents are reported to be continuing their discussions today.