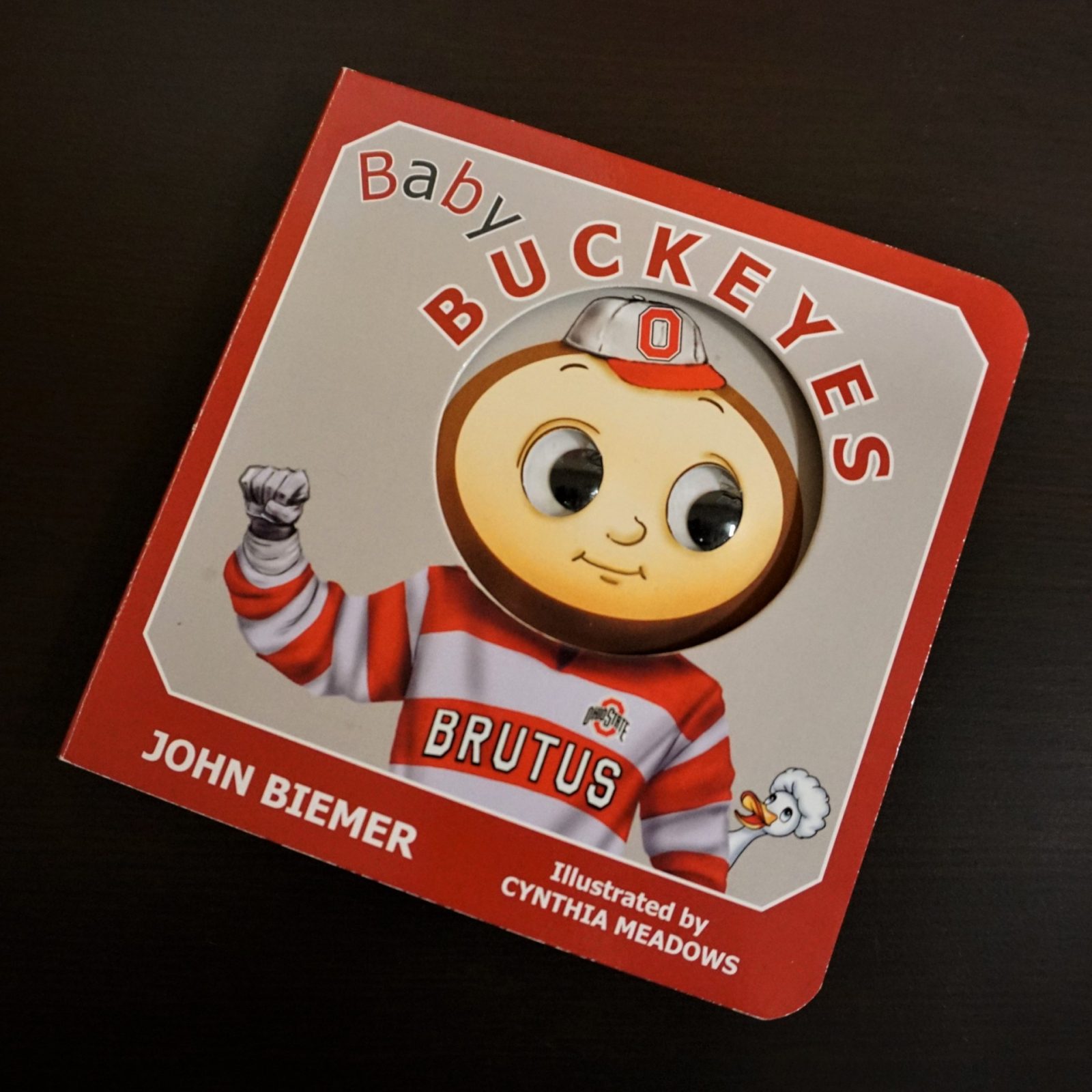 For parents who think it’s never too early to introduce their kids to Ohio State fandom, John Biemer has the answer—the newly released book “Baby Buckeyes,” in which an infant, googly-eyed version of Brutus and his duck sidekick, tour around campus on a Buckeye game day.

However, the story behind the book has plenty of inspiration for adults.

Biemer is himself not a Buckeye alumnus. “My family went bankrupt, and so when I was 14, I had to move out of the state and live with my aunt in Maryland for a while.”

As a result of the move, he attended the University of Baltimore.

Despite this, his love of OSU ran deep enough that he tenaciously pursued a publisher for “Baby Buckeyes” for almost 12 years.

During that process, more tragedy struck as Biemer watched his mother lose her battle with cancer in a Baltimore hospital. Two days before her passing, Biemer found himself inspired by the unshakable spirit of patients cheering for the NFL’s Ravens, even as they fought with disease and pain. Biemer started the charity Jerseys of Hope in response.

That charity has now provided around 1,000 people with jerseys meant to inspire and encourage them as they go through their own health challenges.

Biemer’s work with Jerseys of Hope continued as he kept emailing potential publishers, and one finally signed off, enabling the book to come out this year. Other schools have expressed an interest in now making this a series, and the timing allows for Biemer to eventually donate some of the profits from this endeavor to his charity.

“2020 was tough, and it is tough for everybody, but this is one year that I’ll always remember that my dream came true,” said Biemer.