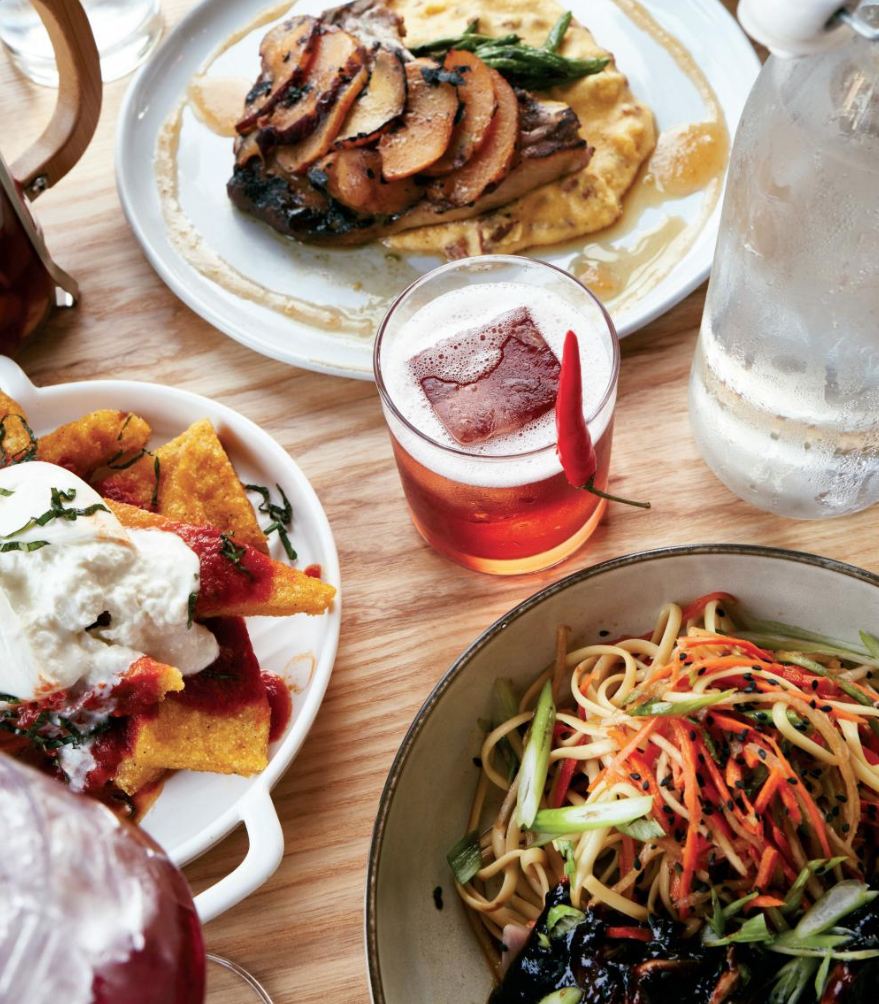 It was while visiting the Chicago Food Show, that Patrick Duly first spotted the Josper Grill—a gorgeous piece of equipment for chef’s who love grilling, the Josper incorporates charcoal with new technology to create a piece that gives food an unbelievable taste and texture.

Duly grabbed his business partner Marco Piazza and they returned to see the grill while enjoying a night of food and some lukewarm beer with the vendor. A deal was sealed and the duo began the task of building a restaurant around the powerful piece of equipment they had just purchased.

“When we first learned how to use the grill, we realized how easy it would be to open up some type of tapas restaurant, or spanish restaurant because of the grill’s origins, but we choose to use the grill to accent flavors from across all different food cultures we’ve grown to love,” said co-owner Marco Piazza.

And that is the story of Nomad, Columbus, the newest restaurant to open in Central Ohio, that exists solely because of that famed grill.

According to the iowners, it brings fusion in a new way, pulling inspiration from across the world, often combining multiple culinary traditions but centering the food around open-fire grilling. Utilizing the grill to render perfect millard reactions (the name for the reaction that gives browned meats that incredible flavor), the menu at Nomad is able to provide an incredibly distinct touch to all the recipes it offers, as does the ambiance—a darker colour palette of black and grays.

“When we started building out the space I wanted colors everywhere, but with the help of GRA+D Architects we were able to pare the space down to the colors you see,” said Duly.

Large windows lighten the mood of the space, while red accents mirror the color of the grill and speak to the fire that runs the restaurant. Nomad features a generous selection of bourbons at their bar, as well as a variety of cocktail offerings such as the New York Sour—a bourbon sour layered with pinot noir to give it a deep crimson colour. Their house Sangria, a nod to the grill’s origins, is served in a french press and topped with ginger beer to add a little fizz to the overall cocktail.

Topping off the menu is the Italian Poutine, a riff off the classic Candian dish utilizing fried polenta as a substitute for french fries, and topping it with a house-made tomato sauce and ball of burrata.

“The menu is all about collaboration, with me, Patrick, and John playing off one anothers ideas to build each recipe we offer,” said Piazza.

The Teriyaki Tuna Steak is a seared yellowfin tuna that was placed over the heat of the grill giving it an underlying smokiness and placed over a noodle salad with a barrel aged teriyaki sauce drizzled on top.

While the restaurant features a wonderful selection of vegetarian dishes, it’s the topic of meat where the grill is really able to shine.

“Ohio has some of the best livestock I’ve seen in the state, so I knew, when starting the restaurant, that I wanted to feature some of the farmers we have access to,” said Duly. “The power of the grill is its ability to accentuate the existing flavors in a meat. When you put a piece of meat on the meal, you really taste the meat you’re grilling rather than the sauces and sides it’s paired with.”

This is especially true with dishes like the Pork Chop which pulls on the high heat of the oven to deliver a heavy sear on the outside, but still locks in all of the juice and rendered fat from the meat.

“It’s funny,” said Piazza, “growing up I never really enjoyed pork chops until I tried one from the grill and it’s become one of my favorite dishes since.”

Served with a side of cheesy grits with chopped chorizo, and topped with fire grilled peaches, the dish pulls together multiple elements of the grill’s ability to infuse smoky flavor into so many aspects of a dish.

Nomad is exciting for Columbus and the Polaris location because it signals a shift in the restaurant world from many of the national chains to smaller group-focused restaurants. Additionally, what Duly and Piazza bring to the table is a unique method of cooking to the Columbus culinary scene. Paired with their open ended and collaborative approach to recipe building, it’s sure to evolve and bring out new and incredible dishes as the years go by.

Music, yoga, and movies: What’s on tap at Easton this month

For eclectic eats, check out this new Powell restaurant