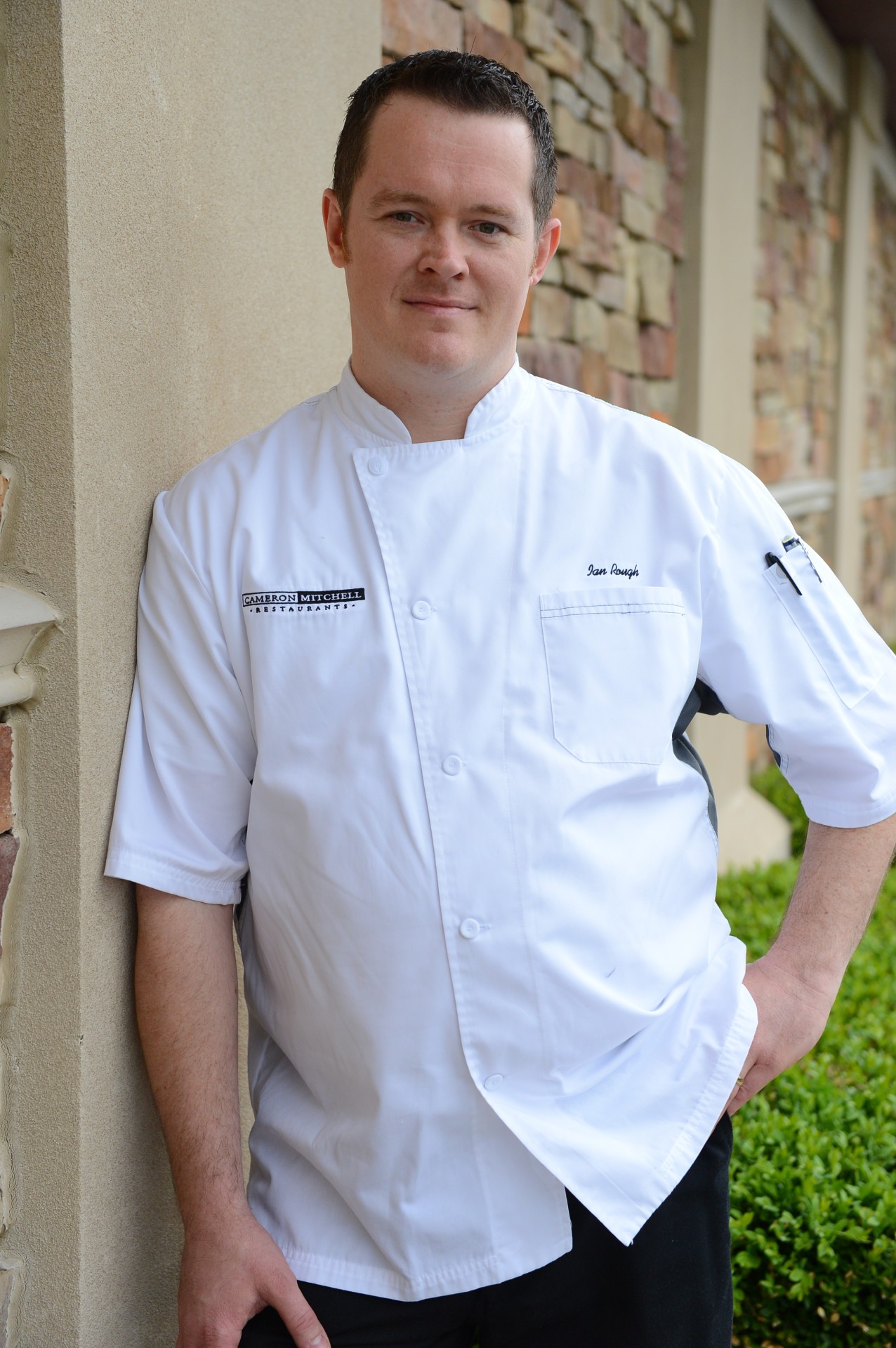 One of the more satisfying feelings of doing a weekend binge-watching of the Food Network Channel is when a Beat Bobby Flay mini-marathon comes on and an unsuspecting chef walks into his kitchen and roasts him.

That’s because Bobby Flay only wants to go up against the best, even if it means putting his pride and name on the line. In order to make the show as entertaining and competitive as possible, the producers will reach out to trending restaurants and see if they have it in them to take down the cocky Flay. The restaurants will then get in contact with some of their top chefs to have them apply for a shot at Flay.

Ian Rough, a Columbus resident and corporate chef for Cameron Mitchell Restaurants and Ocean Prime, became the most recent Buckeye citizen to have a chance to take on Flay. He got his chance in April of 2019, and Rough’s episode of Beat Bobby Flay–dubbed “Go Nuts!”–recently aired on June 15.

“I know you can’t really prepare necessarily for that first round where you don’t know what you’re going to get, what you mystery item is going to be exactly, but you get some ideas in your head of what you want to do so that when something comes up, you got something you could to go to,” Rough said.

In the first round, Rough competed against California ranch chef Anthony Endy. Christmas Cookie Challenge pals Ree Drummond and Eddie Jackson were the judges on the third episode of the 25th season.

The mystery item happened to be walnuts, and Rough used his 20 minutes to make a candied walnut salad with a walnut pesto vinaigrette. Although Rough didn’t advance, the judges did praise the creativity of his candied walnuts.

Flay may have been in trouble if Rough did make it past the first round. Even though there’s no 100 percent preparation for a mystery ingredient, Rough perfected his beef stroganoff in the days and weeks leading up to the competition.

Rough was no stranger to food competitions, however. He’s competed in a handful before and also helped coach a culinary team at Columbus State to nationals.

The experience–getting to be on a game show and have his wife and kids in the announced be teased by Flay–was fun for Rough and even impressed him how much the restaurant experience was replicated on the show.

“How that all came together and the communication throughout everything and the orchestrating and the organization of everything, really it’s a lot of what we do in restaurants too…That communication between them and all being on the same page of what the goal is is very important. They did a very good job of doing that and they’re very fast-paced in that production world.”

The show will be re-airing tonight on the Food Network at 8 p.m. and again in the early morning on Friday at 3 a.m. for all you night owls.