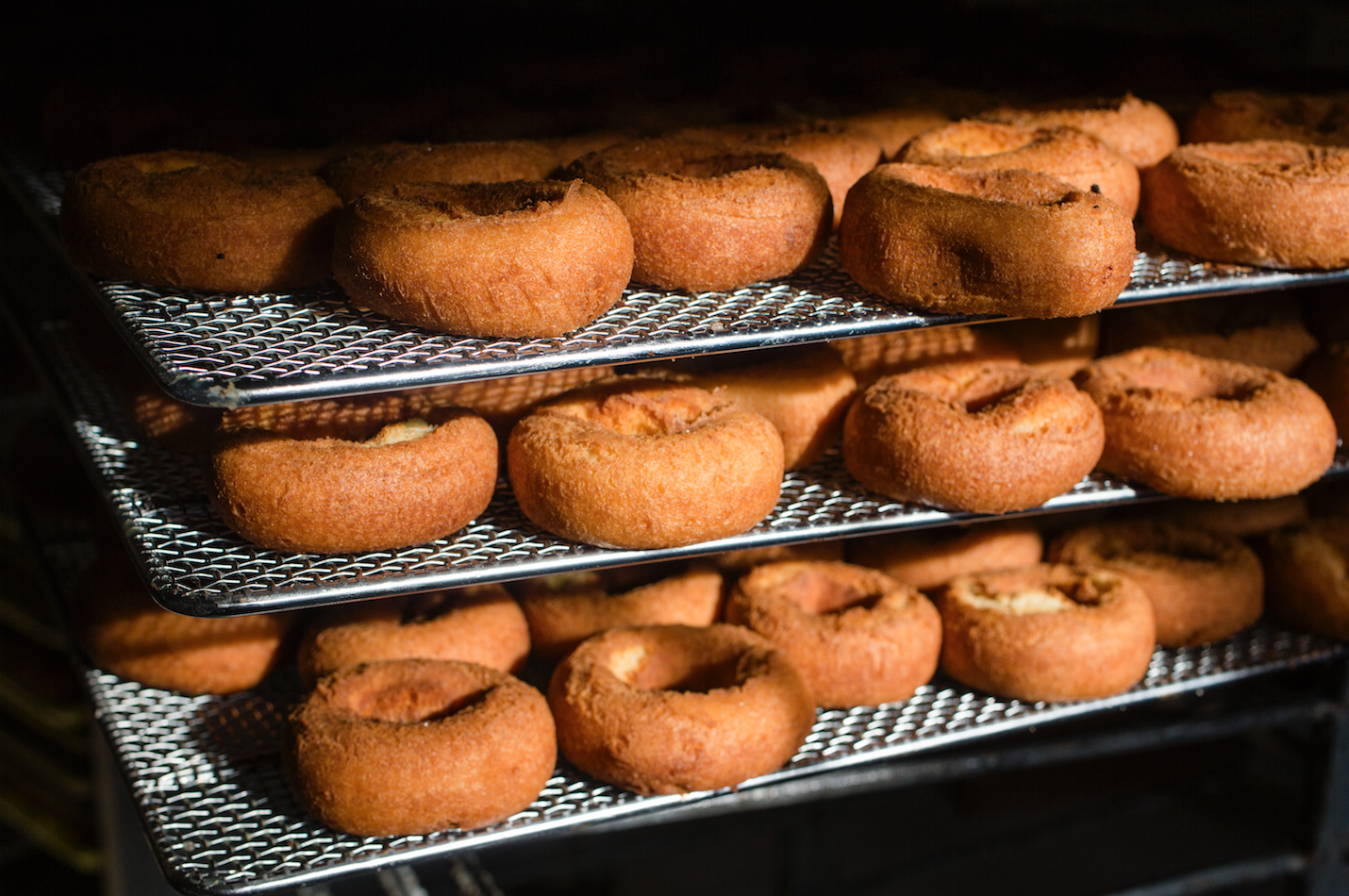 Shaun Stonerook believes if it ain’t broke, don’t fix it. The 42-year-old owner of the iconic Westerville bakehouse Schneider’s Bakery, says he hasn’t changed a thing—except deciding to accept credit cards—since quietly taking over ownership in April 2017. Schneider’s has been a Westerville staple since 1954, and Stonerook knew better than to change the fan favorites.

“All the donuts, cakes, muffins and rolls have been made from the same recipes for 60 years. We haven’t messed with any of the core things,” he said. “People like them. I don’t need to come in and change things that are selling and people enjoy. Adding new donuts is one thing, but taking away products that people have grown to love over the course of their lives wouldn’t be a good business decision. The processes, the way things are done, the business, you can change, but there’s no reason to mess with something that’s already great.”

The Westerville native says he never dreamt of owning a bakery. In fact, he said people laughed at him when he bought Schneider’s Bakery— maybe because he had just come off of a break after a 12-year professional basketball career in Europe. Bakery ownership and basketball couldn’t be more different, but Stonerook’s desire to move home from Italy with his wife Manuela to raise their children Alexi and Kai led him away from the court and on toward the cakes.

Stonerook earned recognition for helping Westerville North win the state basketball championship in 1994. He then went on to a successful college basketball career, playing for both Ohio State and Ohio University, where he was an All-Mid-American Conference player for two years in a row. He then moved to Belgium to play basketball professionally in 2000. After a year there, he moved to Italy, where he played for another 11 years before retiring from basketball in 2012 and moving home.

“I was there [in Italy] for a long time, but the plan was always to come back here,” he said. “People may wonder why Westerville or why Columbus, but this is home, where family and friends are. Westerville is a great place to raise kids and call home.”

When Stonerook is not at the bakery or with his family, he runs the Shaun Stonerook Foundation, which benefits children in foster care. Stonerook was adopted at nine months old, and wanted to give back.

“It sounds cliche, but [foster children] ask the question—what’s wrong with them? Why aren’t they getting adopted?” he said. The foundation organizes special events, like a Christmas dinner with gifts, to ensure the children are recognized during the holidays. The foundation also partners with adoption agency Choice Network to provide “anything to help kids in foster care,” from new playground equipment to computer labs.

Although running the bakery means long, and sometimes very early, hours, Stonerook says carrying on the Schneider’s legacy is worthwhile. “People say they have been coming here since they were a little kid, which is very cool,” he said.

Running the bakery requires an all-new education, and Stonerook is up for the task of learning. “I had no baking experience when I got here and I took the first few years to learn the business side of it. Within just the last six months, I’ve started to learn more about baking and frying and all that goes along with it,” he said. “There is 50-plus years of baking tradition here, so I’m not going to learn it all in a year.”

Thankfully for Stonerook, former Schneider’s owner Jeff Hamler is willing to teach him the tricks of the trade, along with several of the bakers who have worked at Schneider’s for over 15 years. Hamler helps out at the bakery during busy holidays, and still is invested in the bakery’s success.

“A lot of people would sell their business and walk away,” said Stonerook, “but he comes in whenever I need help.” Stonerook says that Hamler ran the business in a very “old-school” way, laughing as he shares how he’s learning from Hamler. “Everything was in his head, so I’m trying very hard to get those things out of there, just in case he decides not to come in anymore.”