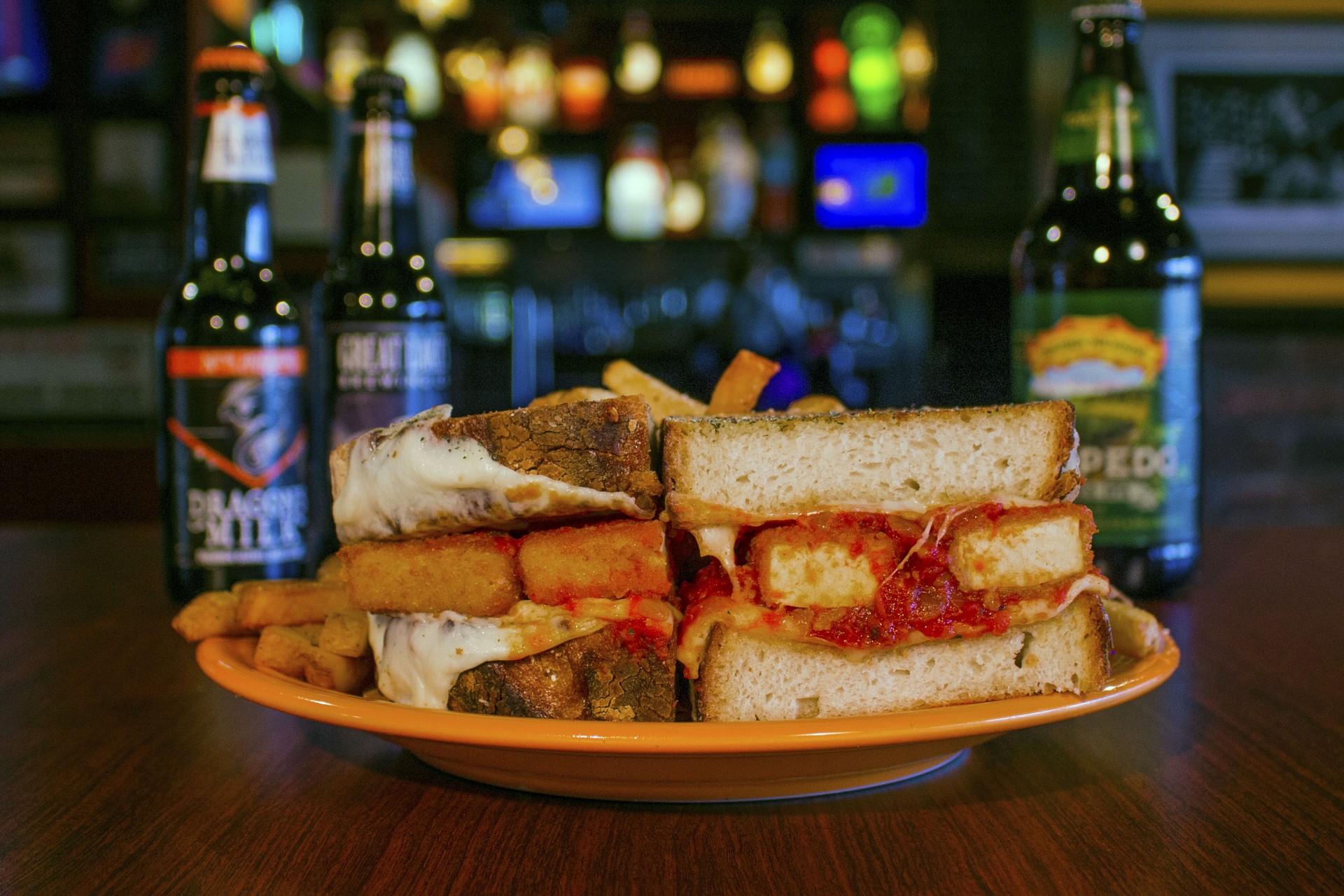 Whenever the words “vegetarian” or “vegan” are thrown around, people’s defense walls go up as they instantly imagine bland salads or unseasoned tofu. Since both diets have become wildly popular trends in the world of eating, they are often associated with exclusive, healthy, clean, natural, raw, whatever…eating.

As a vegetarian, I’m here to tell you that’s bullshit. Sure, we vegetarians eat our share of salads, and occasionally tofu is substituted for chicken on our health-conscious dishes, but that’s not the full picture of our plates. Whether it’s loading up on carb-heavy sides, covering things in cheese (or vegan “cheese”), or living off the appetizer menu; living a plant-based diet can be just as much fun and games as any other fare – and here are a few dishes from around Columbus to prove it.

Tender and juicy, topped to the brim with all the favorite fixin’s, and a soft pita to house it all—the Seitan’s Realm vegan gyro is the next closest thing you can find to the real deal. Roll up your sleeves, it’s going to be a bit messy, but worth all the shirt stains at the end. And if you aren’t calorie counting (and of course you’re not, this is plant-based junk food!), get some loaded curly fries on the side. Follow the food truck on Instagram to find their next pop-up!

Cauliflower is the new favorite vegetable amongst dieters for being low-carb. It’s inviting to a variety of flavors, and it can be used in many creative ways. At Hadley’s, the fried cauliflower resembles the bar-style boneless wings you might be craving since ditching meat. It’s the little things you miss as a plant-eater (like dipping sauces). So finding a place that offers three different sauce options—Dr. Pepper barbeque, house hot, and General Tso’s—is quite a gratifying moment. Dunk these addicting suckers into Hadley’s house-made ranch or bleu cheese and you’ll be fighting your carnivorous friends off as they ask to try a bite.

Usually Melt’s sheer amount of dairy usage is enough to scare off any vegan within a 10-mile radius, but that all changed once Melt added an entire menu dedicated to vegan options. There are tons of options to choose from, but the Parma, Italy might take the caloric crown when it comes to plant-based indulgence. The sandwich features vegan chicken (or fried tofu) smothered in basil marinara with roasted garlic and vegan mozzarella cheese all in between two crusty pieces of garlic toast. It might not hurt to park a little further away from Melt just to burn a few extra calories on the way to and from devouring way too much food.

“Have some more sloppy joes! I made ‘em extra sloppy for you!” If that scene from Billy Madison still haunts you any time you go to break out some Manwich from the cupboard, put that canned sauce down and go to Lineage. Immediately order a beer to wash away the memory of the lunch lady, and then snag the Joe Vegan sloppy sandwich off the menu. It’s a hearty combination of lentils and kidney beans in the iconic sloppy joe sauce, and it’s topped with raw onion and your choice of vegan cheese sauce or cheddar cheese. Throw in a side of potato chips and it’s like being a teenager all over again except this time you didn’t have to steal your dad’s beer.

Jackfruit is a great vessel for sauces and flavorings, but if it’s not cooked properly, it can turn into a mushy mess. Thankfully, Alchemy has perfected this process with their vegan take on a classic barbeque pulled pork sandwich. The jackfruit is tender, but stays in form on the roll. For added texture and taste, the sandwich is served on a crunchy ciabatta roll with carrot cabbage slaw in an herbed cashew cream.

If we were to tell you in 2009 that White Castle would eventually have some of the best fast food vegetarian burgers, you probably would’ve laughed in our faces. But here we are in 2020 and the White Castle’s addition of the Impossible Burger has been a smash hit. It’s hard finding quick and tasty food on the go as a veghead, and the Castle heard our calls. Don’t let anyone make you feel bad about putting back three or four of these either—they are plant-based.