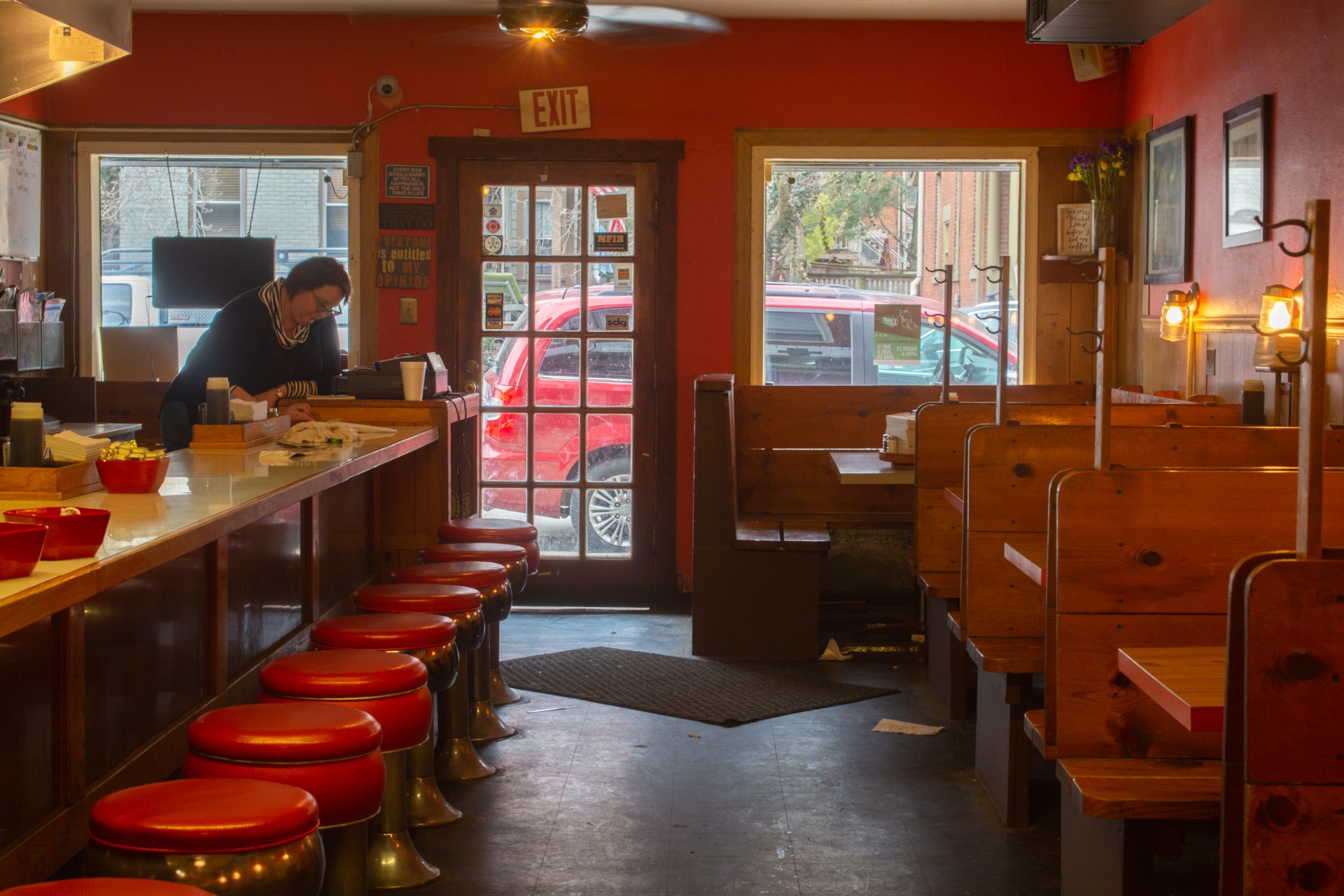 Somewhere between East Coast delicatessens and West Coast cafés is the culinary intersection of utility and community. Though the Midwest didn’t exactly invent the diner, it has arguably perfected it. But defining a diner isn’t as easy as it seems.

Tommy’s urban appeal and Nancy’s down-home feel are two sides of the same coin. Cap City and Starliner both push the envelope with avant-garde offerings, while Hang Over Easy and Chef-O-Nette certainly deserve a nod. But none really meet the standard for tiny diners, the neighborhood haunts only the locals seem to know.

Despite our critically-acclaimed restaurant scene, the classic diner is working class by design. Most offer open kitchens and open seating without a sous chef or sommelier in sight. Better still if there’s a guy with a gallery of tattoos behind the grill and the coffee is strong enough to stand up a spoon. Breakfast hours are essential; breakfast anytime is understood.

There’s an implicit social compact to rubbing elbows with strangers at tightly-grouped tables or a crowded counter. Enough original or inspired decor with knickknacks and nostalgia so that even regulars find something new every time combined with off-the-menu specials and predictable patrons the staff know by name are all part of the charm.

Unfortunately, that social scene is also what may make these esoteric eateries intimidating for the uninitiated. So here’s an insider’s guide to some of the city’s best tiny diners and the plates that make them great.

Dinky diner meets neighborhood dive on the edge of Clintonville. The steak and eggs and biscuits and gravy are both solid. If you can’t decide, you can’t go wrong with the garbage omelet, which varies from visit to visit, but includes every meat, cheese, and veggie on the menu.

Hidden gem is an understatement for a joint tucked away in the back of a hanger at the recently remodeled OSU Airport. Try the legendary Gut Buster at least once—layers of egg, cheese, sausage, bacon, ham, and hash browns with a potato pancake and peppered gravy for good measure.

Skip the standard French toast and substitute challah bread instead for something unexpected. Buttery pancakes with fresh blueberries are always in season. Don’t be afraid to get creative. Order the gyro omelet with feta, but add spinach and tomato for even more Mediterranean flavors.

Don’t let the name fool you. The patty melt is superb, covered in grilled onions, Swiss and American cheese, and Thousand Island on rye—as is the Monte Christa, the comfort food cousin of the classic club sandwich with egg-battered bread stuffed with hot turkey, ham and cheese.

Nothing says nostalgia like grilled liver and onions with homemade mashed potatoes, or a thick-sliced, fried bologna sandwich—not even the checkerboard floors. But don’t overlook the weekend specials, like peanut butter and banana French toast, salmon patties with Hollandaise, or their killer kielbasa and eggs.

The three brothers from Oaxaca helped establish the style of another local diner before opening their own. Try their namesake omelet, with bacon, ham, plantains, and Monterey Jack covered in chili sauce and sour cream—or their signature scramble with poblanos, onions, corn, and zucchini, topped with Jack and queso fresco.

On the south end of Uptown, evening hours are often the exception when it comes to diners. Don’t miss the smothered chicken, grilled with peppers, onions, mushrooms, and melted cheddar with a side of mashed potatoes, or the weekend-only prime rib, slow-roasted and served with au jus.

The only entry on the list where all-day breakfast meets beer and cocktails, this upscale Short North pit stop offers a modern twist on every recipe. Seriously consider the coffee-braised pot roast, served with butternut squash, red potatoes, poblanos, and goat cheese, with rosemary onion rings.

It’s never too late or too early at Fitzy’s, the only 24-hour diner on our list. Go for the breaded and fried, sliced pork tenderloin, served as an entrée, on a sandwich, or with your eggs—or keep it simple with the Fitzer: eggs your way, home fries, and a biscuit all covered in sausage gravy.