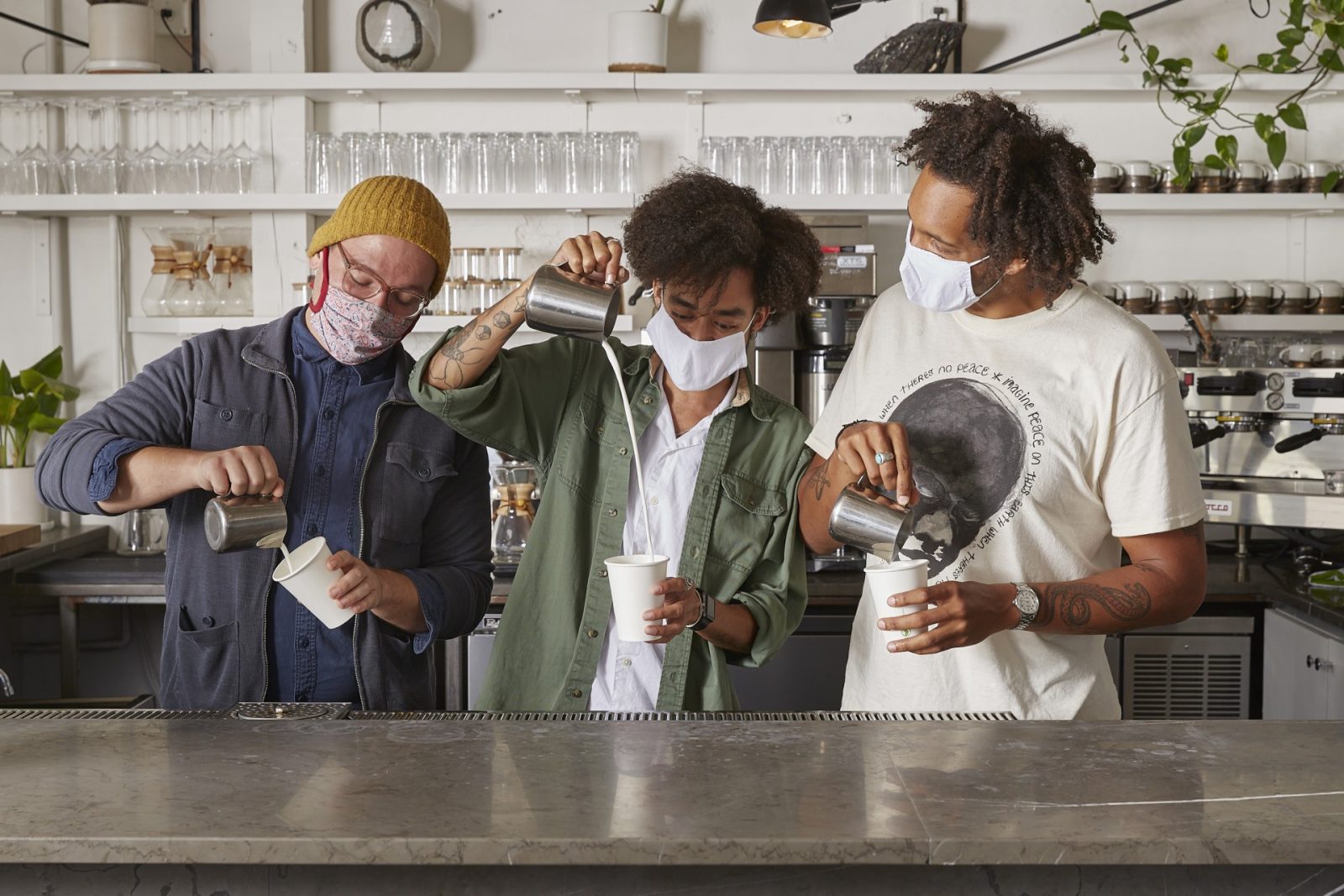 The founders of pop-up cafe Parable Coffee want to do more than just serve a great cup of joe; they want to start a conversation.

Friday, Oct. 9, co-owners Ben Willis, Jeffrey Clark, and Wyatt Burk (founder of the now-defunct Little Ghost Coffee Roasters) will set up shop in Commune restaurant’s space at 677 Parsons Ave., where they plan to bring a very different business model to the coffee scene–one that prioritizes the servers who make the service industry possible. It’s a focus they say is long overdue.

“It became very, very apparent that the service industry was not ready for something like [COVID-19]. And not only in its serving capacity, but its capacity to support the very workers that keep it going,” Willis said.

Willis and Clark were both experienced baristas at One Line Coffee before the pandemic, and Willis said the service industry’s reaction to it was a major impetus behind their departure and the new direction they’ve taken.

The biggest difference customers will notice is the distinct lack of tipping. Gratuity is included in the price of coffee, something that was important to the founders, tired of scrounging for tips to supplement below-minimum wages for work that takes immense skill and expertise.

“What would it be like if you gave flowers a great place to grow? Our suspicion–and the data, it kind of follows this–but your turnover is significantly lower; you’re building equity; you’re teaching people about how to care for their job, and not only their job, but one another. All of that sounds terrific to me,” Willis said.

Rather than rapid expansion and maximized profits, Clark said the trio is aiming to spark conversation about the respect that highly-skilled servers deserve. Currently, they plan to operate the business entirely on their own, but baristas that are brought on will be given partial ownership. In addition to doing right by their employees, Clark sees this as a way to attract the best baristas in Columbus.

The founders see the business as a proof of concept, and they hope other cafes will take note and follow suit.

“Once you’re aware of this, you’re actively making the choice not to do it,” said Willis.

Between fair compensation for workers and a large focus on ethical sourcing and supply chains, Burk said the process is far from cheap. Although customers might initially balk at the prices, they aren’t just paying for coffee. In actuality, they are contributing to an environment that cares for its employees and builds community out from there.

In that vein, Burk has also been working on a community pricing system, by which local residents and lower-income coffee drinkers would be able to afford a quality product that normally prices them out.

The exact model for this pricing–as well as many other aspects of operation–are still in the works. For the time being, the shop will be open Friday through Sunday from 6 a.m. to 1 p.m., but hours are subject to change.