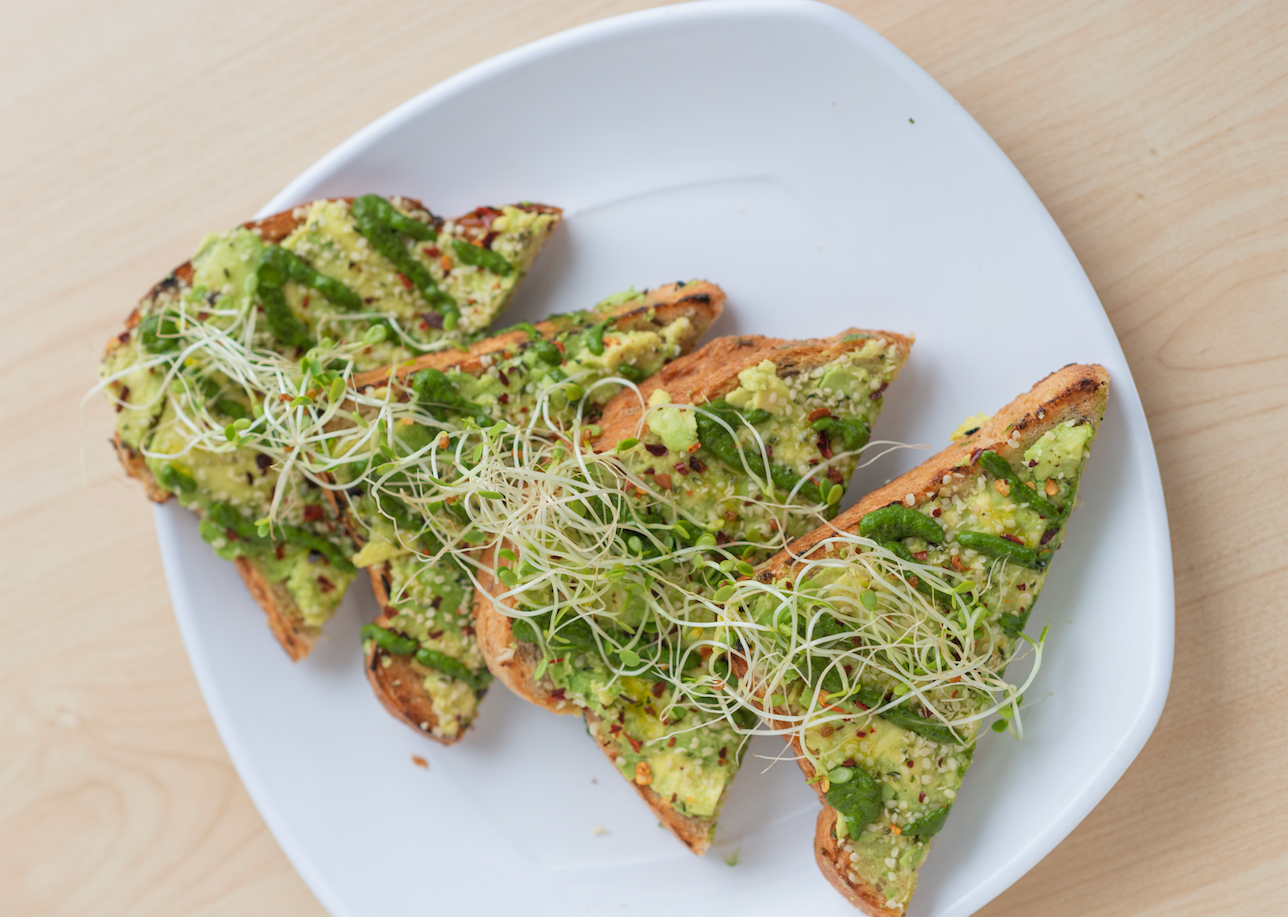 As a vegetarian, I rarely start my day off the proper way. Typically, it’s an excess amount of black coffee until the hamster on a wheel operating my brain finally wakes up. And if one thing is for certain, options like chicken and waffles or bacon and egg sliders were breakfast specialties I waved goodbye to many years ago.

That was until I discovered Lifestyle Cafe.

Lifestyle Cafe is a new plant-based restaurant rising from the ashes of the former Angry Baker spot on Oak St. in Old Town East. Thanks to the chef-driven mind of Shanna Dean, also known as Chef Bae, and business-geared brain of Dawn Dickson, Lifestyle Cafe is offering approachable and familiar options that are exclusively vegan. The aforementioned chicken and waffles can be made with a soy-based protein, or cauliflower, and the waffles are gluten-free. The final product is a crispy and subtly spicy chick’n atop cinnamon and coconut waffles with real maple syrup and maple cream drizzled over it all. On the other hand, the bacon and egg slider features smoky coconut bacon, fluffy vegan Just Egg eggs, and an avocado aioli.

Dean, a graduate of the culinary arts program at Columbus’ Bradford School, said she knew she wanted to pursue a career as a chef, but wasn’t sold on the idea of a fast-paced kitchen with a large staff to manage. It was Dickson, a long- time friend of Dean’s, who presented the idea of starting the restaurant. Dickson also provided the confidence Dean needed to go through with it.

“I was really nervous, like how is this going to be? In real life as best friends, we’re great; there’s no problems because there’s no business,” Dean recalled. “She gave me one of the best compliments ever. She said, ‘I travel the world and eat vegan food. Yours is some of the best vegan food I’ve ever had.’ To have that confirmation from someone I know who has tasted food everywhere […] I was like, ‘Alright, let’s do this.’”

Dickson and Dean switched to a vegetarian and vegan diet in 2007 and the two agreed that things have come a long way. Both of them recalled going out to eat and mostly being stuck ordering salads with just tomatoes. Their hope with Lifestyle was two-fold: one, fill the plant-based gap that was now open in OTE, and two, bring some more hot plate foods to the growing vegan and vegetarian game in Columbus.

Now, the restaurant is operating every day except Mondays. The menu is diverse, with some options on the standard breakfast side, while others, such as the vegan shrimp and grits, play more towards a brunch crowd. Dean is leading the charge in the kitchen alongside her sous-chef Christi Jackson.

“I did one interview with her, I really liked her and she had all the experience,” Dean explained. “And since she’s been on the team, she’s been everything you can dream of in having a number two.”

With the high volume of fresh produce and products being used at Lifestyle, the job demands long days, and the dynamic between a chef and her sous-chef is an obviously important aspect. The two are no strangers to being in the kitchen as early as 4 a.m. Dean is very much empowering Jackson in the kitchen; the sous-chef is free to experiment with current menu options, add new offerings, and manage new locations if and when expansion time comes.

“Lifestyle Cafe has definitely been about bringing together the right people to accomplish something really, really beautiful,” Dean explained. “Cooking food is not just about putting a bunch of different things together; your energy goes into the food and that’s why we created the vibe that we did.”

The interior of the restaurant is similar to the former Angry Baker, but with a face lift. The tables are minimally decorated with terrariums, while the windows are full of greenery and house plants. Much like the Angry Baker, the bar is still a highly coveted spot where patrons can enjoy an Upper Cup cup of coffee or a pastry from Happy Little Treats with the kitchen area still wide open as if to say, “Watch us, we’ve got nothing to hide.”

Ordering your meal is as simple as pressing a few buttons on an iPad, thanks to Dickson’s PopCom operating system which manages data on the backend. Guests are invited to leave a love note on the blackboard, whether it’s related to the food, or just some good news. And as each person exits Lifestyle, an affectionate “love ya” is shouted by Chef Bae.

The love they are spreading reaches beyond just the Lifestyle Cafe menu. As previously mentioned, Upper Cup Coffee provides the java and Happy Little Treats still has favorites like vegan pop tarts available. Chef Bae also has her own personal brand of herbal and fruit infused spring water available for purchase which comes in flavors like blueberry basil detox. This list of outside vendors inside Lifestyle is something Dickson said she hopes to grow, so expect to see more options in the coming months.

“We tell our clients when they leave, ‘I love you,’ and it’s really real,” Dean said. “When I hire everybody, I tell them, ‘when people come here, we’re serving love.’”

Lifestyle Cafe is located on 891 Oak St. For hours and operations, visit facebook.com/PlantBasedLifestyleCafe.