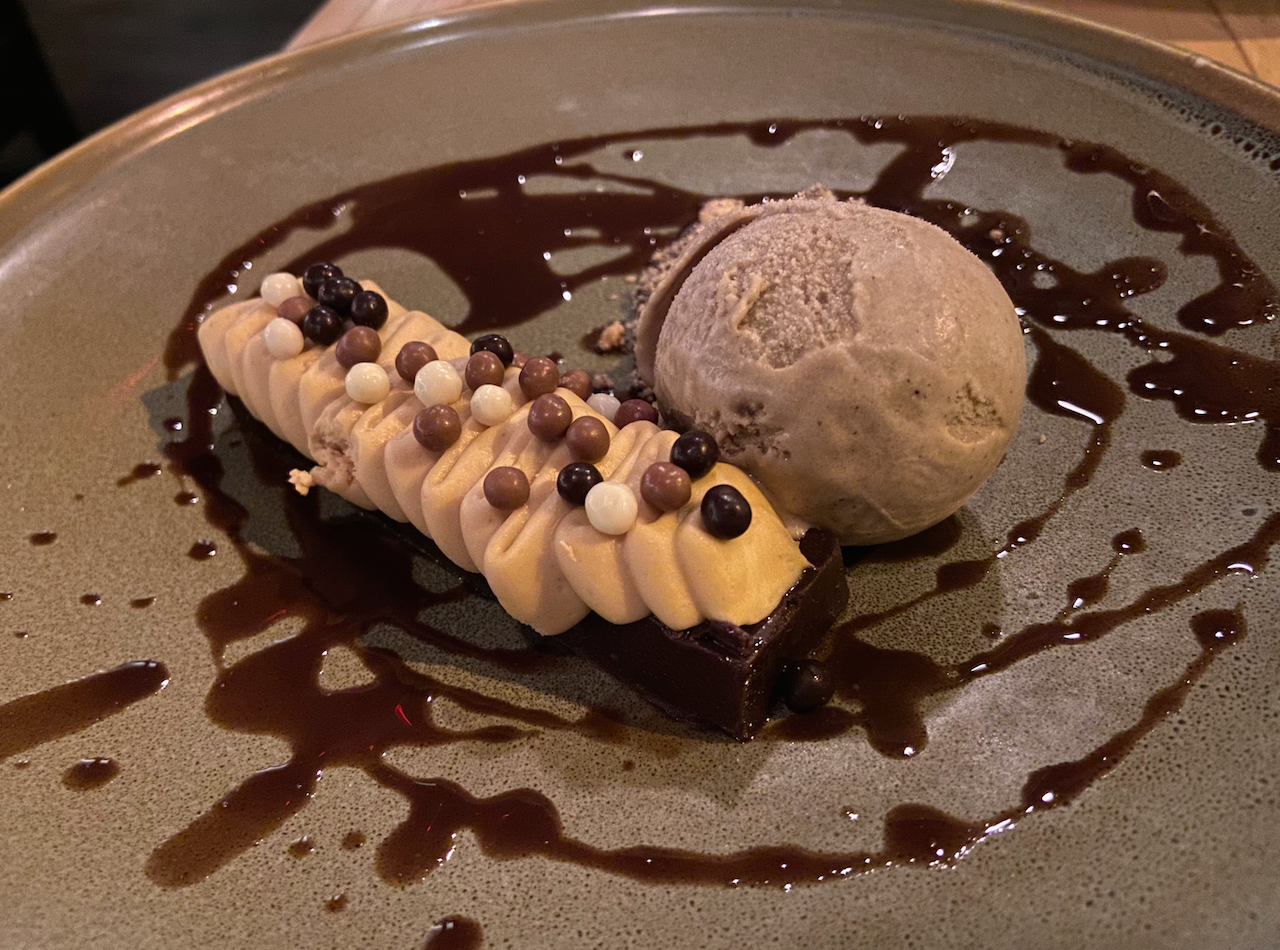 What better time to experience them both than Restaurant Week January 20-25?

We were lucky enough to get a sneak peek of Wolf’s Ridge three-course menu before it was released to the public, and we think you’re really going to like it.

The endive salad offered depths with every bite: the brightness of the shaved pear, the fresh earthiness of the endive, the texture of the fennel, the crunch of the walnuts. But the star of this dish was certainly the pool of tangy, creamy blue cheese dressing hiding below the colorful mixture.

Without a shadow of a doubt, I believe each one of the entrees offered during Restaurant week are slam dunks, but to me, the choice was obvious: pork tenderloin.

The three plump and pink cuts of pork were so tender, they could be easily cut with just a butter knife. The succulence of the meat played well with the sweet, nutty sunchoke puree, and rich smoked hazelnut butter. Like the french origin suggests, the demi-glace soaked into the tenderloin truly was the “icing” on top.

If at the end of your meal you’re feeling bright, light, and flirty, the cheesecake is for you. The toasted coconuts coating the mousse-like rum cheesecake, icy pineapple sorbet and orange marmalade will send your palate on an all-inclusive trip to the seaside.

Feeling a little more dense or moody? The punch of the espresso ice cream, thick chocolate bar, and sticky caramel crémeux will have you closing your eyes, and “mmm”ing through every bite.

At $40, the Wolf’s Ridge Restaurant deal is quite possibly the best time to experience the creative, elevated menu. But, you and the other 900,000 residents of Columbus already know that, right? So, don’t wait to make your reservation!