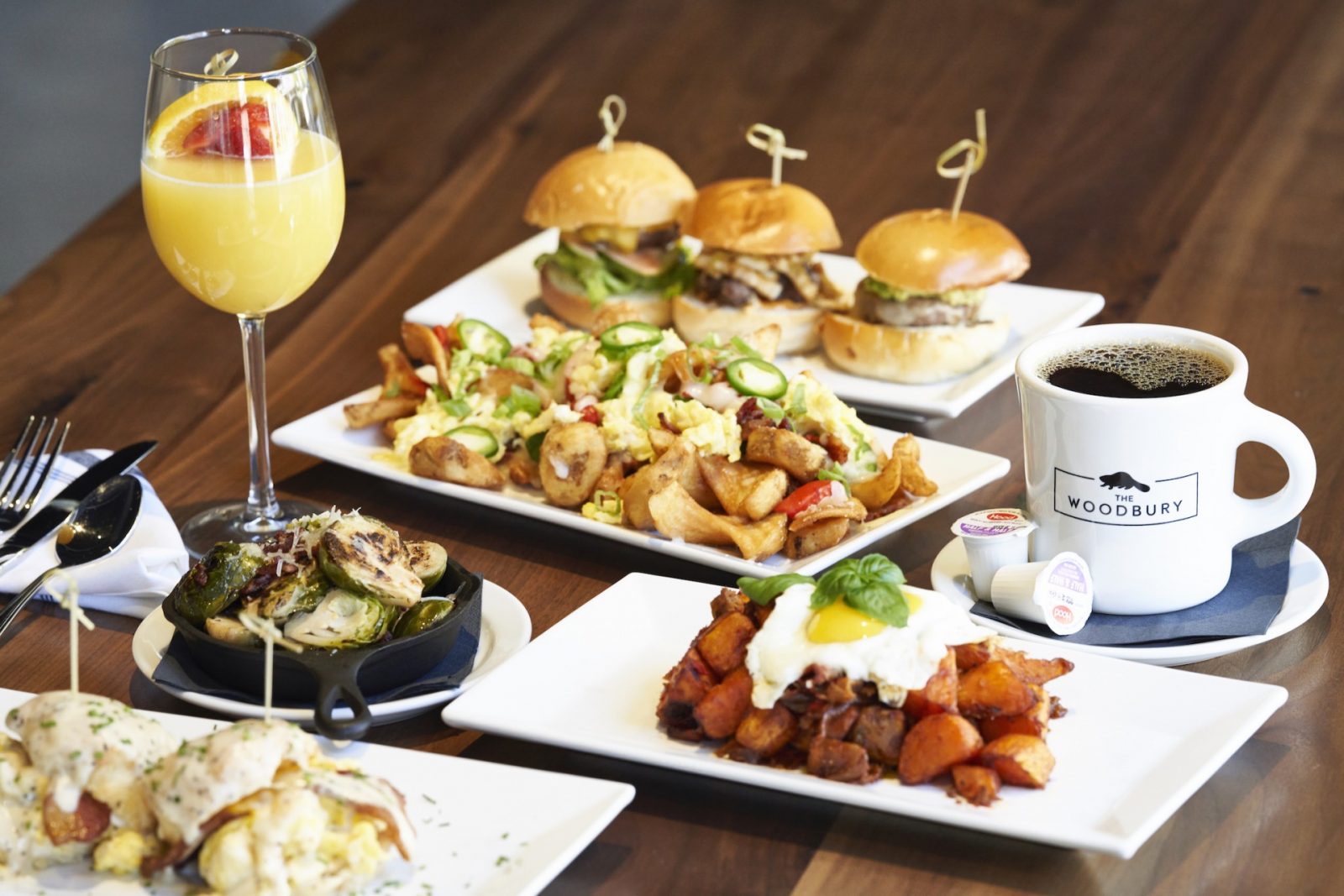 A fix for a grumbling stomach is on the way

Breakfast happy hour comes to town at the Woodbury

You can love it or you can hate it, but you definitely can’t avoid it, because boozy brunches are here to stay. Once maligned as an indulgence for millennials or the affluent, the trend is catching on with more and more people, and we at (614) can’t get enough of it.

And now the Woodbury, one of the city’s newest restaurants that opened in December of last year, is smartly embracing the trend. The establishment officially unveiled a new breakfast happy hour that runs between 7-9 a.m., weekdays, in addition to their regular, weekday happy hour, running 3-6 p.m.

General Manager Austin Crawford noted that part of the idea behind the move was to embrace the popularity of brunch drinking.

“That’s definitely part of it,” he said. “Not everyone wants to just eat.”

But Crawford also noted that the happy hour has a larger purpose: to make sure everyone can enjoy what they want and when they want it, which is so important now in a time where normalcy and routine have been eviscerated by COVID-19.

“We live in a society now where people’s schedules aren’t the same Monday through Friday 9-5 anymore,” he said. “We see medical workers all the time from down the street at [OhioHealth Grant Medical Center]. They’re coming off their shifts at all hours of the day, and they want to have a place to go when they’re done. They want to leave and go have a beer and a burger, and why not some French toast too?”

And get this: the best part of the new happy hour, which was launched Sept.1, doesn’t even have anything to do with drinks—honestly, it’s the food.

Accompanying cheap breakfast drinks is a sizable list of snack-sized food items broken into two menu categories: Good Morning and Good Afternoon, so patrons are able to eat both breakfast or lunch. Or both. And with drinks, too.

Some of the standout menu items include breakfast poutine, a Buffalo-maple, fried chicken slider (sign us up!), pork belly tacos, and kimchi meatballs. All of the dishes are priced under $11, with most being in the $7-$8 range, and are meant to be snack-sized accompaniments to your drinking session. They’re all hardy enough for you to turn them into a meal if you want as well.

Each dish from the Woodbury’s fun and fresh happy hour menu also solidly represents the tenets of the restaurant’s cooking, where classic diner-style dishes are regularly offered, but with their own modern, flavor-packed spin.

“Walking in, the restaurant is sleek and modern, clean; it feels like an upscale urban diner,” Crawford said, and the food follows this theme as well. “We have everything from burgers and patty melts to ravioli and chicken fried steak. But we have kind of asterisks on some of those, because we just put our own twists on them; a new take on classics.”

For example, the aforementioned chicken-fried steak is served over red quinoa alongside cheese and spinach hash browns. Likewise, you can dig into a chimichurri burger or the classic shrimp and grits, but served Woodbury style, over a corn tostada, and all lathered in buffalo sauce.

But according to Crawford, the restaurant is also invested in the Columbus community and its own unique area.

“The breakfast happy hour has made a trickle in the neighborhoods; there’s good feedback from social media,” he said. “But we also connect with people. Uptown definitely needed something like this.”