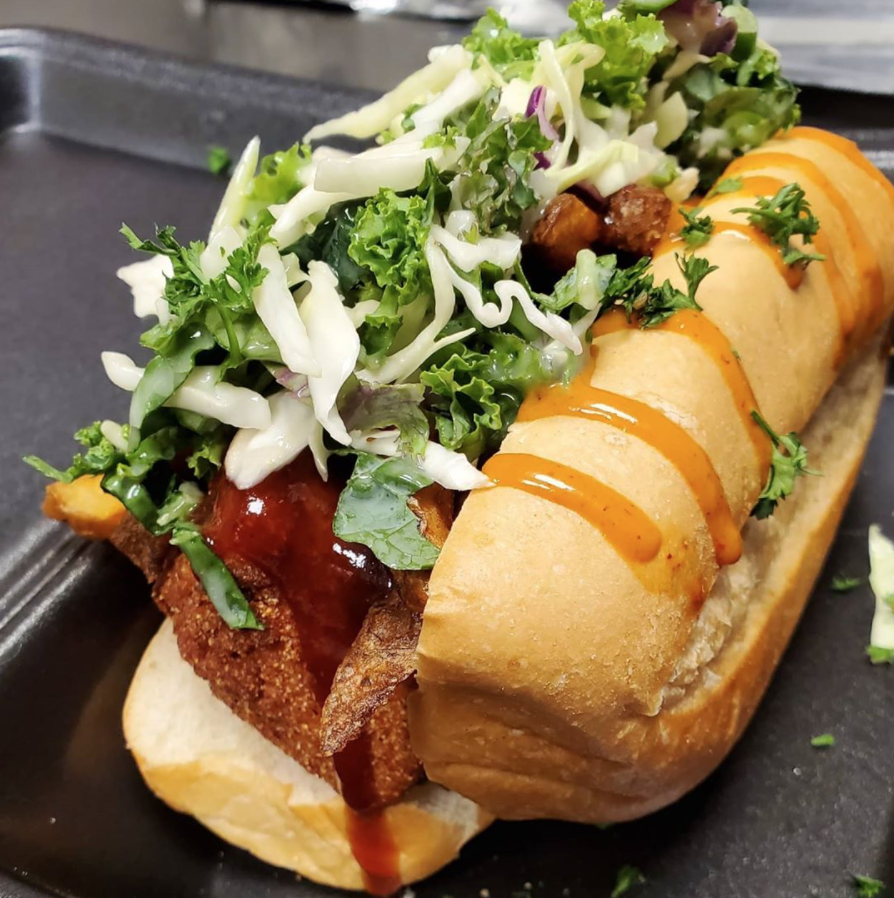 Do yourself a favor and take a quick look at the photos posted to Facebook and Instagram by Cleveland’s Black Box Fix: a bacon cheeseburger topped with chipotle chili-dipped shrimp; buttermilk-fried chicken with herb cream gravy and smoked gouda mashed potatoes; fried catfish over a bed of fries smothered in grilled onions, bacon, and Cajun cheese sauce.

Although the mall declined to confirm it, the eatery announced on Oct. 4 that it will be opening a location inside the Easton Town Center, occupying the former Zest Juice Co. space. Head chef Eric Rogers believes that an opening in the first half of 2021 is likely, and will be serving food across the Ohio State campus at several pop-up locations that have yet to be determined.

The food at Black Box Fix is anything but boring, and you can say the same about how the restaurant got its start. According to Rogers, he took a “leap of faith” into the restaurant world following a 14-year career at a Cleveland-area hospital.

After opening Nevaeh Cafe & Catering in 2012 (“It’s “heaven” spelled backward, Rogers said), which maintained a diehard social media following, Rogers made an appearance on the Food Network series “Guy’s Grocery Games”, and his profile grew from there.

But don’t get it wrong: his popularity doesn’t come from going viral or being “the guy from that show.” It comes from Rogers making really, really good food.

“At Neveah, we would serve food in trendy black, recyclable boxes. People would come in liking boxes and the food so much that they’d tell me “Hey, I came to get my fix.” And that’s how Black Box Fix got started.” Rogers opened a new restaurant with this name in 2014.

“We do a lot of great things with premium ingredients, and it’s all made to order,” Rogers said. “What we create is really unique, it’s about what’s trendy and what’s happening.”