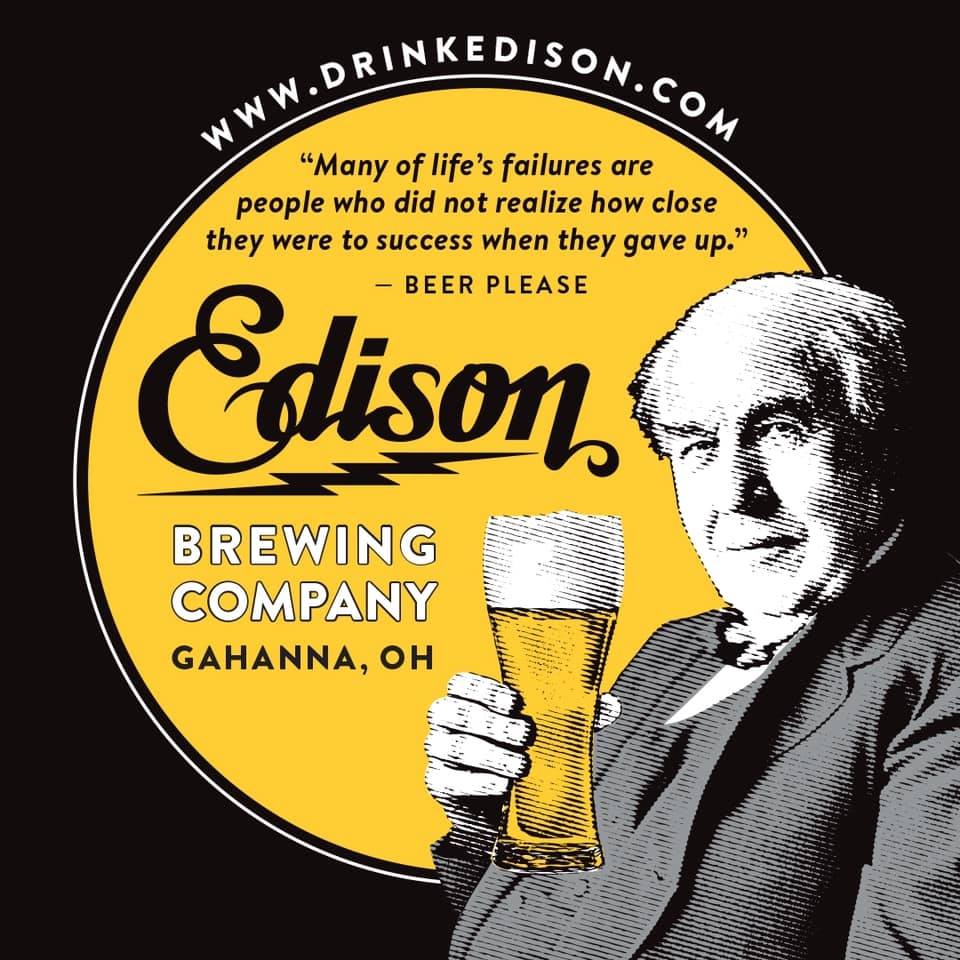 Columbus is home to many inventive entrepreneurs. It has also been home to a craft brewery boom over the past five years or so.

Recent evidence that the creative forces continue to flow through Columbus is the opening of Edison Brewing in Gahanna on Friday.

Wait, that Edison, the electricity guy? The unusual idea came to owner Wil Schulze, who has spent his career in the electric power industry, when his first naming choices for his brewery were unavailable. But when Edison’s name came up in discussion with his attorney, a light bulb lit up.

Edison Brewing, appropriately located at 785 Science Blvd., broke ground on its Central Park location in the summer of 2018. After a year-long construction process and some COVID-related delays, the new brewery has an open patio perfect for soaking up the final days of summer.

Edison Brewing is in a prime sunset location and is also near the John Glenn Columbus International Airport, so you may even get a free airshow with your beer.

The idea behind a German and European-style brewery in Gahanna was planted in Schulze’s mind when he had the opportunity to travel to Germany and neighboring countries and found himself enjoying the local beers. Although he did see some of these types of beers at breweries around Columbus, he wanted to make them his focus. That’s when he connected with local brewer Victor Ecimovich to put his plan into action.

“As another nod to Edison, we are going to experiment a little while staying grounded to the ingredients that make traditional European beers what they are,” Schulze said. “In a way, we will be in the lab tinkering like Eddie.”

Edison Brewing will start off with guest taps as it works to finalize its production process, and is shooting for September for its first release.

You can see what brews are currently being offered at Edison Brewing here. On Saturday, Aug. 8, to complement the German beers, the savory schnitzel food truck A Cut Above will be parked at Edison from 3 p.m. to closing.

To learn more about Edison Brewing, visit its website here.