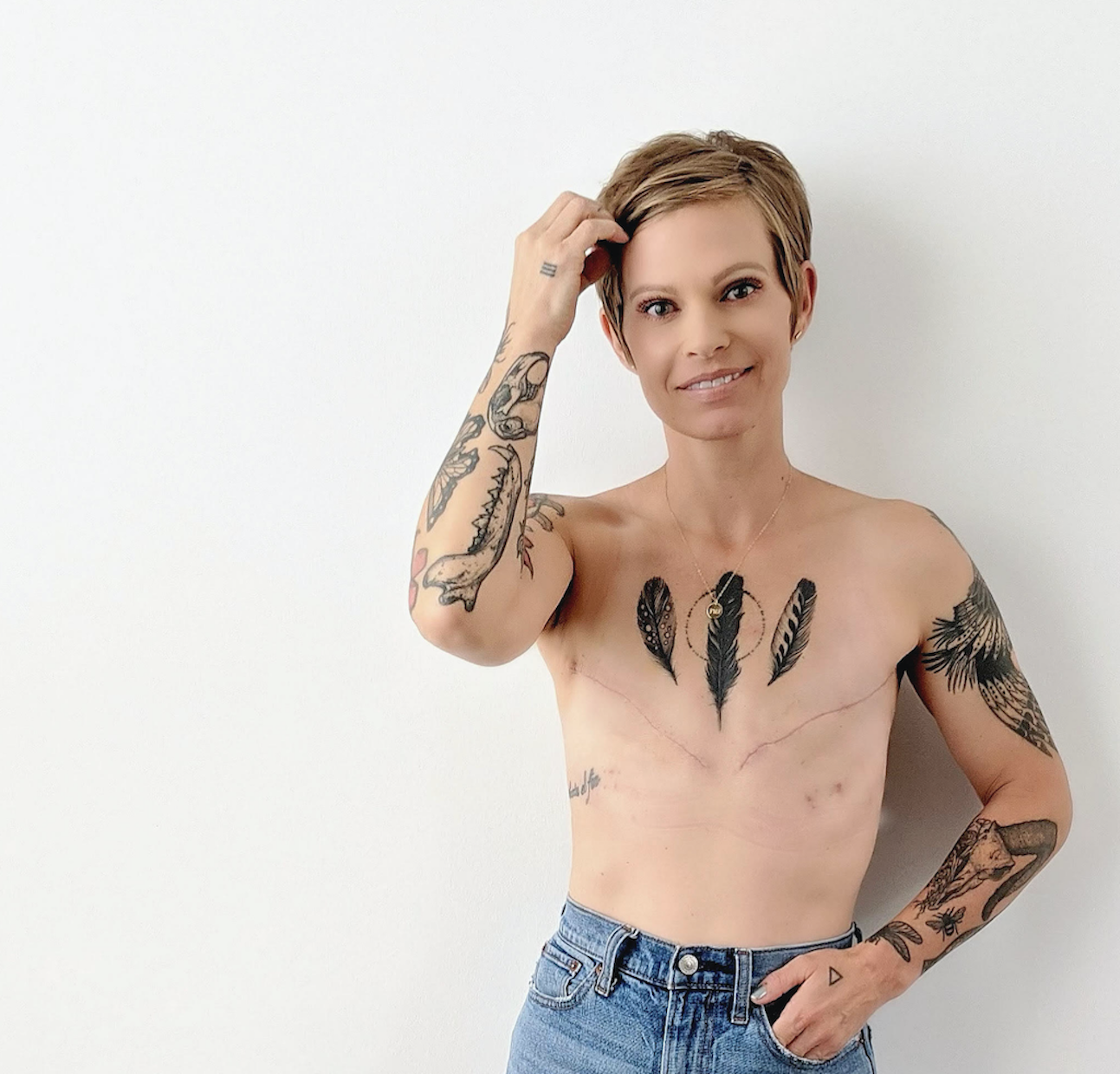 Local restaurant gets in on the meal kit business

When a woman faces a mastectomy, usually as part of treatment for breast cancer, she is often faced with one of two choices—either learn to love her new, bare chest or surgically reconstruct the breast that was removed. If, as part of that same treatment schedule involving radiation and chemotherapy, a woman may also lose her hair, leaving her bald—often, her only choice is to wear a wig.

Local tattoo artists are aiming to change that, giving survivors a third option—and a new outlook on life: turning their scars into art with colorful and intricate tattoos that transform their pain into something beautiful and powerful.  It gives women the opportunity to put the pieces back together again giving them results that are stronger and more unique than ever.

“Every woman I tattoo has her own unique story and I am lucky enough to have them tell it to me during the tattoo process,” said body art tattooist, Christina Johnson-Siegel, owner of Living Story Tattoo, who wants to help give back what cancer takes away from women by creating art in the place of scars and, for some, creating the most realistic, natural areolas and three-dimensional nipples as possible. Not only does she do tattoos over scars, but she also tattoos on eyebrows.

“Once the process is complete, women tell me their tattoos have given them a chance to gain back their identity and get back what cancer has taken from them,” said Johnson-Siegel, who also has a nursing background. “I feel honored and humbled to be a part of each woman’s journey to regain and restore her femininity and confidence after enduring so much to their body.”

On that note, Johnson-Siegel acknowledges that tattoos aren’t exactly pain-free either, even for women who have a nerve destroying mastectomy. And even though most women tolerate tattoos quite well, Johnson-Siegel always makes sure to have numbing cream available, if needed, to ensure each woman is comfortable throughout the process.

Each tattoo takes roughly 30 minutes for each breast and requires two sessions done ten weeks apart to complete the process.

Before undergoing the tattoo process, Johnson- Siegel highly recommends that all women ask as many questions as they need to upfront. “Ask your tattoo artist about the training they have received. Ask them to see photos of their work. And if you are uncomfortable with any of the answers that you receive, seek a second opinion as you would with an actual surgery,” she preaches. “Most importantly, do not let anyone tattoo your body who is not passionate about the work they do.”

“That way I can respect each survivor’s fragile skin and ensure I achieve realistic painterly results,” Johnson-Siegel said. “Whether it is a flower, a heart, a nipple or an actual realistic 3D nipple tattoo, I believe restorative tattooing has the ability to heal and every tattoo artist should feel honored to place that art on your body whether you are there post-treatment or in general.”

For some survivors, like Melinda Green, it wasn’t so much about wanting to achieve realistic results that made her feel feminine post-surgery and treatment—it was more about feeling invincible.

“I looked in the mirror and all I saw was a pale, puffy, no hair, no eyebrows, no eyelashes woman staring back at me and it was demoralizing,” said Green.

Green also said when she looked in the mirror and scratched her head, handfuls of her hair would fall out. That’s when Green adapted the mantra, “it’s just hair” and “I can’t look pitiful” and quickly became a huge fan of brow mascara and make-up, in general, to help her feel like her old self again.

“Although I had my wigs, my royal blue bob being my favorite, I felt more comfortable without them and I told myself that I looked like a bald badass with my drawn-on eyebrows,” Green laughed.

Recently diagnosed badass, wife, and mother of two, Erin Nemec, didn’t realize that such a traumatic experience with cancer could change her life and those around her for the better. While some women usually opt for nipple tattoos or reconstruction post-mastectomy, Nemec chose to illustrate her cancer journey in a different way.

“After my diagnosis, I decided to get a bilateral mastectomy as long as the surgeons could preserve the chest tattoo, my husband, local tattoo artist, Dino Nemec, did for me as it represents him and our two children,” said Nemec.

Something beautiful coming from something so ugly made Nemec stronger and more confident than she had ever been before, and more grateful for every day.

“I LOVE my scars. I love the person they made me become because every day I can now look in the mirror and remind myself that fear has NO place in my new life,” she said.

Fear is a natural part of the cancer diagnosis—but so is family, friends, and the new way cancer survivors must find to connect with their loved ones. For Green, it was a humbling moment to see the love coming from those closest to her following her 2016 diagnosis.

“I found out it had already metastasized to some of the lymph nodes nearby my breasts and I had to endure five months of chemotherapy, six weeks of radiation and have 11 lymph nodes removed,” she said. “I am a super independent person and partway through my journey I noticed so many people stepping up to help me.”

Green realized that her friends and family felt as out-of-control as she did when she became diagnosed. “Cancer and the thought of your friend or family member battling it is terrifying; which is why I think so many wanted to help, hoped to be needed, hoped to be able to bring even the tiniest part of positivity to a dreadful situation,” said Green.

“Cancer will make you question who you are, so do whatever it takes to claim a little bit of normalcy and remember—despite the chaos, despite the changes to your body, you are still the same amazing, unique person you always were and always have been.”