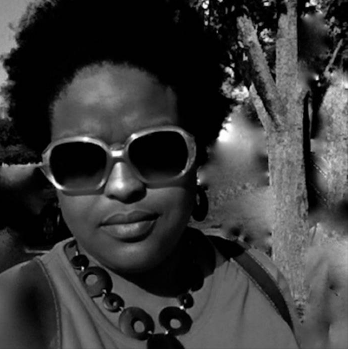 Where to march for Pride, Black lives this weekend

Since the COVID-19 pandemic hit in early March, Bandcamp took things into its own hands to elevate the voices of artists struggling without gigs.

The #BandcampFriday campaign waived the company’s revenue share so that 100 percent of music and merchandise sales went directly to the musicians. On March 20, fans spent $4.3 million on Bandcamp, 15 times more than a typical Friday. On May 1, people showed up even more, spending $7.1 million.

This #BandcampFriday is a little different, however, with the rise of protests fighting for equality in the Black Lives Matter movement popping up all over the country the last two months. With Juneteenth—an American holiday celebrating the end of slavery—being celebrated today, Bandcamp is changing its mission slightly this month and for every Juneteenth moving forward.

From midnight to midnight Pacific time, Bandcamp will be donating 100 percent of its share of sales to the NAACP Legal Defense Fund. Bandcamp will also be allocating an additional $30,000 per year to partner with organizations that fight for racial justice and create opportunities for people of color.

To double up on Bandcamp’s promotion today and in honor of Juneteenth, check out the list of Columbus-based black musicians below that you can patronize for Bandcamp’s Juneteenth celebration.

One of the most powerful voices in Columbus, Paisha Thomas weaves passion, politics, and history into her potent R&B style. Purchase her track “I Am Here” below.

One of the smoothest, in-the-pocket Columbus bands to pop up over the past five years, Mistar Anderson blends jazz and hip-hop while also bringing in influences such as Miles Davis and Herbie Hancock. You can purchase its EP below.

One of the most fierce musicians and entrepreneurs in Columbus—as well as one of the top-rated business and corporate attorneys in the capital city—T.Wong is at the intersection of soulful R&B and provocative rock. His album, The Upside Down, is a perfect mixture of those sounds and can be purchased below.

Counterfeit Madison (vocals, piano), along with Adam Hardy on bass and Seth Dailly on drums and percussion, has been delivering show-stopping performances for almost a decade now. The group’s music has a sense of urgency to it, a reflection of the tumultuous 2010s. You can stream a re-created performance of Sade covers below.

Joey Aich, originally from the Cleveland area, started making an impact on the Columbus music scene as soon as he started calling Columbus home. His introspective hip-hop is a creative lens into the makeup of our community. And what perfect timing! Aich’s latest project was released on Thursday. You can purchase the fresh album below.

Amber Knicole, the lead singer and show leader behind, has the energy to get the room moving and the vocal power to leave the same room speechless. MojoFlo has long been one of Columbus’ cherished musical treasures. With plans to release an album this year, show some support by purchasing the group’s 2014 EP below.

Learn more about Bandcamp and its efforts here.