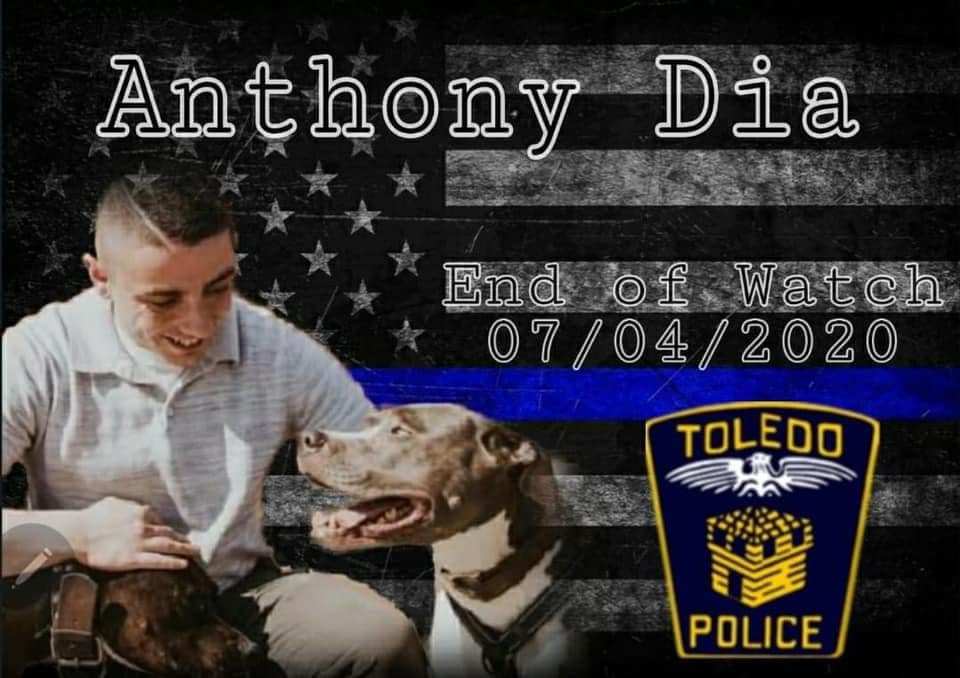 “Fran and I were deeply saddened to learn of the death last night of Toledo Police Officer Anthony Dia in the line of duty,” DeWine stated. “We extend our sympathy to his wife and 2-year-old child, his other family members, and his colleagues in the Toledo Police Department.  To honor the life and service of Officer Dia, I have ordered that the flags in Lucas County and at the Statehouse be lowered to half staff beginning tomorrow and through his funeral service.”