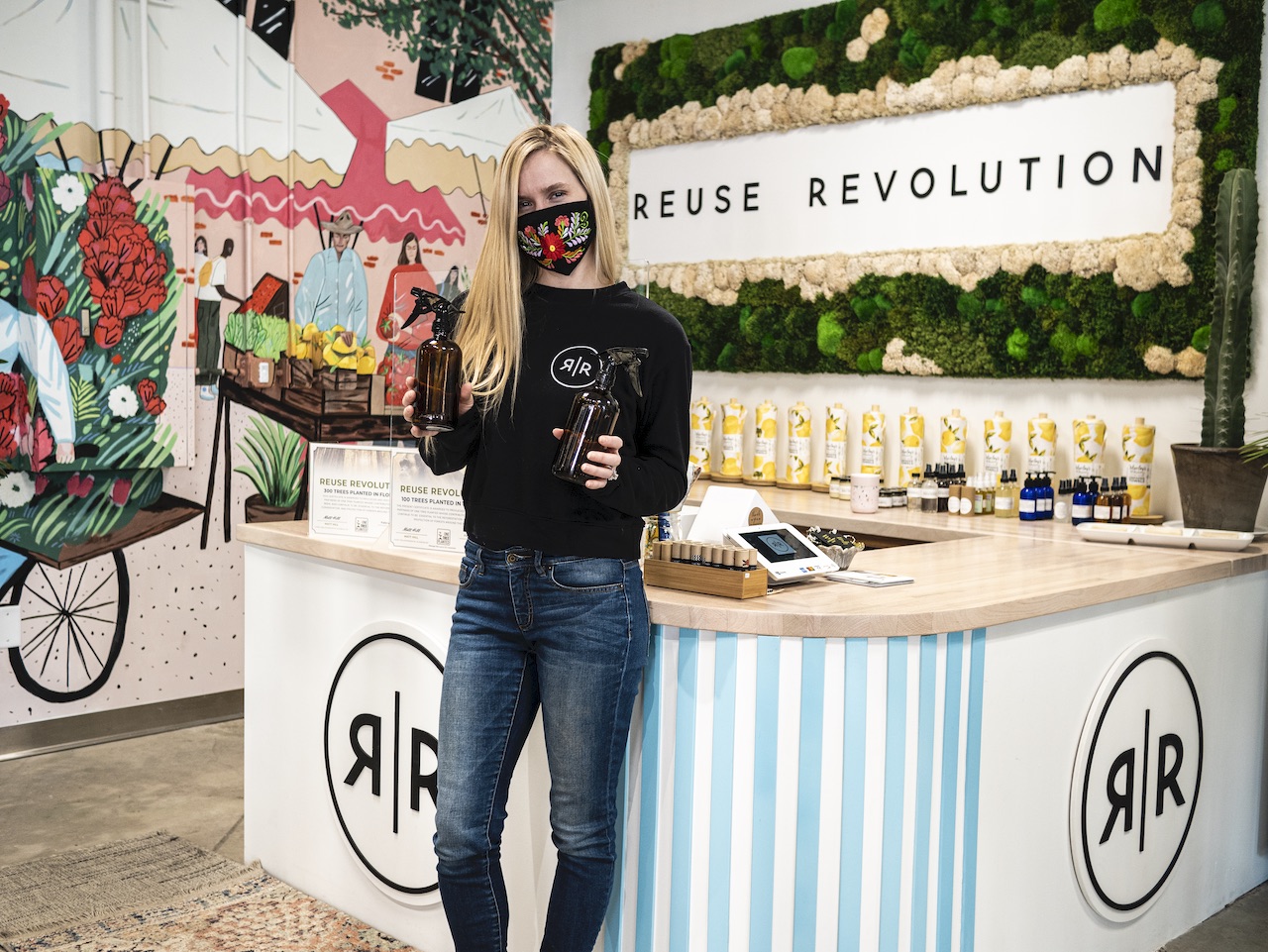 How one Columbus home-goods store is standing up for change

Christy Walters has a problem on her hands.

She owns and operates the newly-opened Reuse Revolution, a popular, eco-conscious storefront located in Dublin’s North Market Bridge Park that sells reusable and Earth-friendly versions of everyday household items. And while she obviously wants her business to succeed, she says she knows that rampant consumerism is a significant contributor to much of the waste we produce, a fact that leads to a fundamental conundrum.

“The most sustainable thing to do, actually, is use what you already own. And we tell people this, so in some sense we’re kind of like the anti-retailer,” Walters said. “We need to make money obviously, but at the same time we discourage people from mindlessly shopping.”

Strangely enough, though, this contradiction (and Walter’s embrace of it) is part of what makes Reuse Revolution such a fascinating Columbus business.

Walters has been passionate about spreading eco-consciousness long before her current store existed. In fact, the name Reuse Revolution was first given to a website she created in 2018 to share environmental information with the world.

“There were things that weighed on me. I didn’t want to seem like the crazy friend on Facebook who’s always sharing doomsday articles, but I told myself that I had to be actively pursuing some kind of solution,” she said.

At the beginning of 2019, she introduced eco-friendly products to her website, which were a hit.  This led to regular pop-ups selling these items, and eventually—in November of last year—her very own storefront.

Wisely, Walters realizes that no matter how passionately she feels about something, the only way to encourage real change is by working (however imperfectly) with the systems that are already in place

“We really want to integrate this stuff into peoples’ lifestyles in a way that feels natural,” she said. “Nobody’s going to be able to do it all; nobody’s going to want to. But eventually a bunch of small changes start to add up.”

And while the actual storefront is itself small—taking up roughly 400 square feet in a corner of the near the market’s main entrance—Reuse Revolution is stacked nearly floor to ceiling with a litany of engaging, eco-friendly products that can make your life both easier and a whole lot less impactful on our planet.

In the kitchenware section, bamboo sporks are a great (and biodegradable) option to avoid the dreaded “black plastic cutlery” from restaurants. Also for sale is a beeswax-based replacement for plastic wrap, and stretchy silicone bowl and dish covers. A central “refill station” in the store allows customers to refurbish their supplies of things like shampoo or dishwashing soap as well.

In the personal hygiene section, Reuse Revolution offers deodorant in glass containers (which hold up to recycling better than plastic), shampoo and conditioner in solid bar form without any plastic packaging, and even a popular brand of biodegradable hair ties, which Walters says are some of the most commonly-littered items.

There are even some household products that not only benefit our planet, but provide improvements over things we’re used to, such as washing machine detergent in the form of thin, solid, easily-portable strips, which make cleaning clothes simpler and shed the unnecessary plastics of popular laundry pods.

And of course, there’s always an array of functional and eye-catching reusable, non-plastic water containers for sale as well. “We eat on average a credit card’s worth of plastic every week from microplastic; most people just don’t realize,” Walters said.

From the wide variety of products for sale to the many signs on display throughout Reuse Revolution offering statistics related to environmental issues, a visit might at first be overwhelming to some (or even most) of us.

Walters understands that. And if you’re having trouble navigating the best place to start your own journey toward bettering the planet, her advice is to take a breath, because nobody is perfect, and no one of us can do it all. Anything we do for the environment is a helping hand that wasn’t there before.

“Even if you don’t know exactly what to say, if you feel something, you should contribute to your community and speak up, you should do something about it,” she said. “We love the quote ‘The revolution has many lanes’, because it shows people that whatever they’re doing, it’s helping.

It’s about progress, not perfection.”