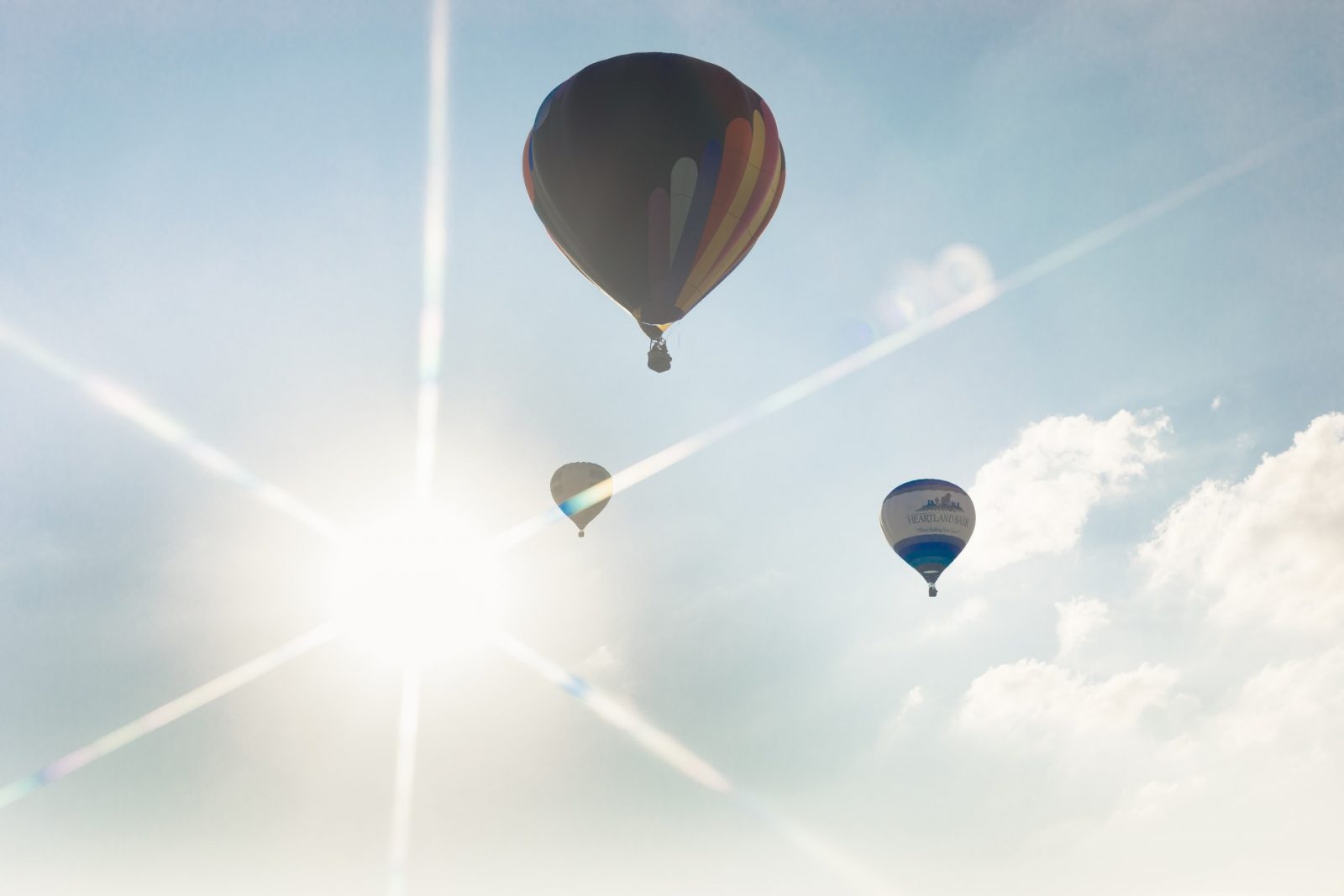 Spotlight On Health & Fitness: The 6-1-4 Workout you can do anywhere, anytime

You might think that with a fear of heights, floating thousands of feet above central Ohio is categorically out of the question.

Not so fast, though.

Not only are hot air balloons the safest form of air travel recognized by the Federal Aviation Administration, but according to Stu Gibboney, Grove City-based hot air balloon pilot and owner of Gibboney’s Aerostation, the magic of a balloon ride can overcome a whole lot more than you probably think.

“Most people who say they’re afraid of heights actually aren’t once they get up there,” Gibboney said. “It’s a completely unique experience. It’s peaceful. And as I always tell people, it’s where I go to get my zen.”

Equal parts exhilarating and relaxing, local hot air balloon tours are a perfect way to jump-start a fun weekend, put together a memorable date, or just take in Columbus from a different perspective.

Or, should we say, several different perspectives.

“I like to show my passengers what it’s like to fly from a high altitude and a lower one,” said Russ Jurg, owner of Columbus Aeronauts, another local spot providing commercial balloon rides. “The world looks a lot different depending on how high up you are.”

For Jurg, hot air balloons are in his blood. His uncle has been a pilot in the Netherlands for over 50 years. He caught the bug early from him, and hasn’t let it go since.

Gibboney, on the other hand, didn’t take his first flight until he was celebrating his wedding anniversary by attending a local festival with balloon rides in 1999. But before the trip was even over, he already knew he’d found something special, and soon after began working on a local pilot’s crew in exchange for flight lessons.

But no matter how they got started, both pilots believe that hot air balloon rides are a totally original experience that you have to take in yourself to truly understand.

If you’re ready to hit the skies, both Columbus hot air balloon spots opt for twice-daily rides, one right at sunrise and the other several hours before sunset.

According to Jurg, one of the best things a first-time flier can do to prepare themselves is to stay on top of the weather. Unlike airplanes, which rely on high-powered engines, balloons are at the mercy of the wind.

But pilots do still have some control over how fast their craft travels, according to Gibboney.

“Think of the sky like a jello parfait, where each layer of it has winds that move at a different speed. We’re able to move up and down between them using fuel,” he said, adding that while many balloons are equipped to handle altitudes of nearly 20,000 feet, most commercial rides don’t go higher than 3,000.

Flights for both local businesses typically take about an hour, and see the balloon travel 10 miles on average, although this—like everything else in the world of hot air ballooning—depends on wind speed and weather.

If you are considering expanding your horizons and scheduling a ride, you can expect to shell out between $175 and $275 per person.

“It’s like being on a balcony, and the whole world beneath you,” Jurg said. “There really is nothing else like it.”

So why not step out into a new experience—or, should we say, up into one—that you won’t soon forget.