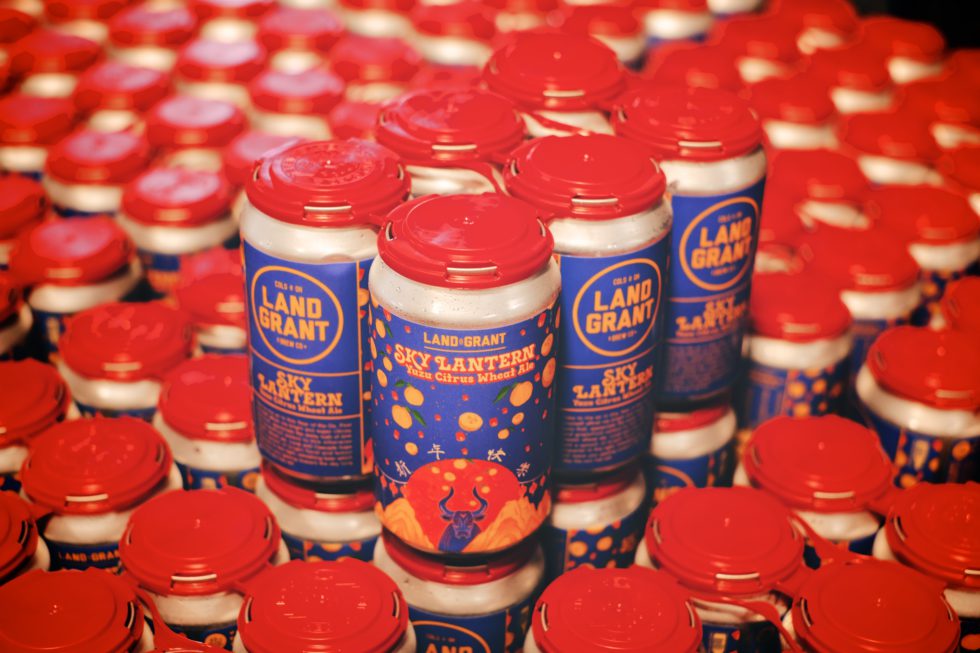 These “stuffed” buckeye candies are helping save Columbus pups

When you try Land Grant‘s Sky Lantern Yuzu Citrus Wheat Ale, you’ll probably end up wishing you had the label image as a poster for your place.

Created by graphic designer Bonnie Zhao to recognize the Lunar New Year, the concept was a family affair, according to Land Grant’s blog: Zhao’s mother added the bull, her father added the Chinese characters, and her sister helped with the colors.

But Sky Lantern is more than just a work of art. Land Grant Director of Communications Meredith Miles said while the concept originally was borne out of Lunar New Year celebrations, the brewery wanted to take the opportunity to stand in solidarity with the Asian American community in light of recent disheartening events.

Earlier this month, media outlets reported shootings at Atlanta massage parlors that left eight people dead. A number of them were women of Asian descent.

Miles said Land Grant will donate a dollar for every pint and six-pack sold in the taproom to Asian American Community Services. The nonprofit works to improve the well-being and quality of life of Asian Americans and Asian immigrant families through social services, education, training, and leadership.

“They do such amazing work,” Miles said.

Sky Lantern is available now in the taproom on draft and in six packs, and will arrive in grocery stores this week. The brew features citrusy yuzu fruit with Loral and Cascade hops.

If you like this, read Drink Like a Girl: Columbus Brewing Co. releases new brews benefitting female beermakers.