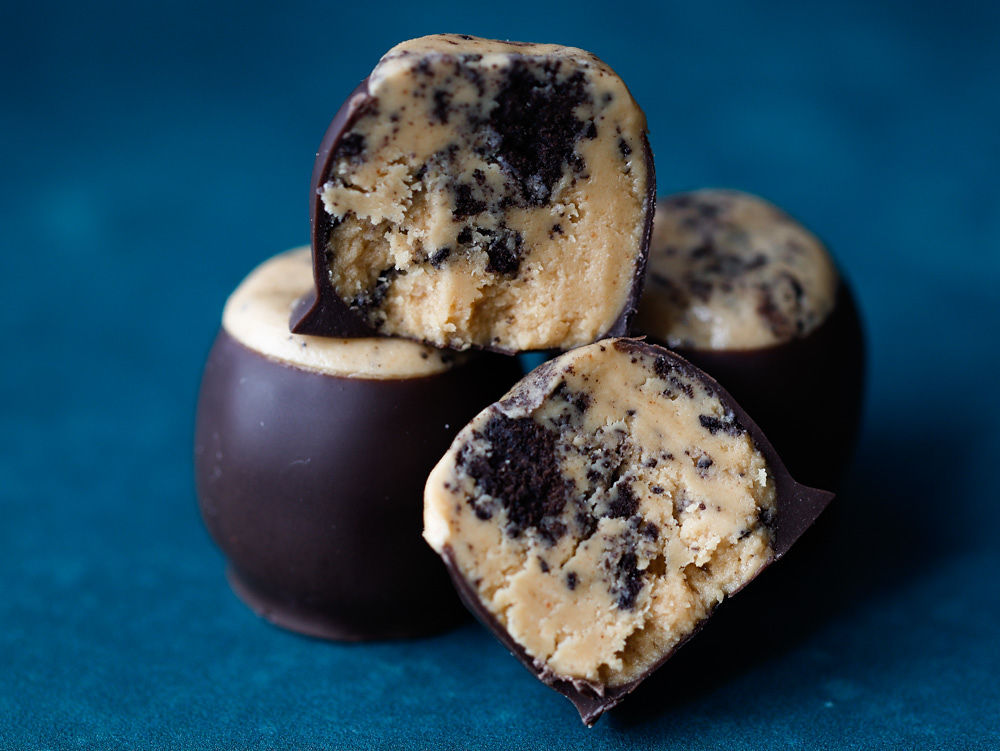 COSI to reopen this summer

Not only is Bucks for Pups Confections—one of the hottest new confectioners in Columbus—making some treats to write home about, they’re also donating a serious chunk of the proceeds from every sale to dog adoption agencies throughout Columbus.

And you know a buckeye is going to be good when the person making them has a buckeye-themed nickname.

“People have always called me the buckeye lady. I would make them for events and give them as gifts for friends and family,” said Bucks for Pups owner Alicia Hindman. “And then my parents actually reserved the trade name for me as a surprise.”

While Bucks for Pups had been slinging traditional buckeyes—to great acclaim—for several months following their official opening last May, it wasn’t until the end of last year that Hindman and company rolled out what would eventually become the confectioner’s true calling card: the “stuffed” buckeye, which sees the iconic treats filled with a litany of have-to-have-them flavors (Butterscotch is my personal favorite).

“There definitely is a technique involved in making them; it’s definitely time-consuming, but the end result really is phenomenal.” Hindman said.

But don’t worry, we haven’t forgotten the pups. And Hindman hasn’t either.

“Basically, it’s in honor of my brother. He loved the Ohio State Buckeyes, and he probably loved dogs even more,” Hindman said. “When he passed he left two rescue dogs to my family, and we still take care of them. He was really passionate about dog rescue, so this is my way of honoring him.”

This means that a whopping 20% of every Bucks for Pups sale benefits a local dog adoption agency. Hindman even lets her customers pick which institution they’d like their money to go help out.

And while we can’t say for sure if it’s from the great buckeyes or the even greater cause, we do know one thing: Bucks for Pups has experienced a meteoric rise in popularity of late.

For good reason, you can find their confections in a long list of Columbus business. The Hills Market, Westerville Florist, and Aloft Columbus University District offer them for retail sale, and eateries like Vine & Forge, S’wich Social, the Sonesta Downtown Columbus, and O’Reilly’s Pub in Clintonville have incorporated them into different dessert menu items, such as a buckeye sundae (made by S’wich social, which matches all of Hindman’s donations that come from S’wich’s buckeye sales) and buckeye s’mores.

And the hype train isn’t slowing down, either. Hindman is already eyeing potential permanent homes, in the form of a standalone storefront for on-demand purchases.

You can place an order through their website for pickup at Basic Biscuits Kindness & Coffee, 1160 Goodale Blvd. in Grandview Heights (which takes 2-5 days), delivery (3-6 days), or you can have buckeyes shipped anywhere in the U.S., although Hindman will likely temporarily suspend this option during the summer months.

If you’re a first time customer, you might want to check out the Box O’ Bucks, which allows you to sample four different flavors (it comes with a dozen buckeyes total). Because trust us, you’re going to want to try them all.