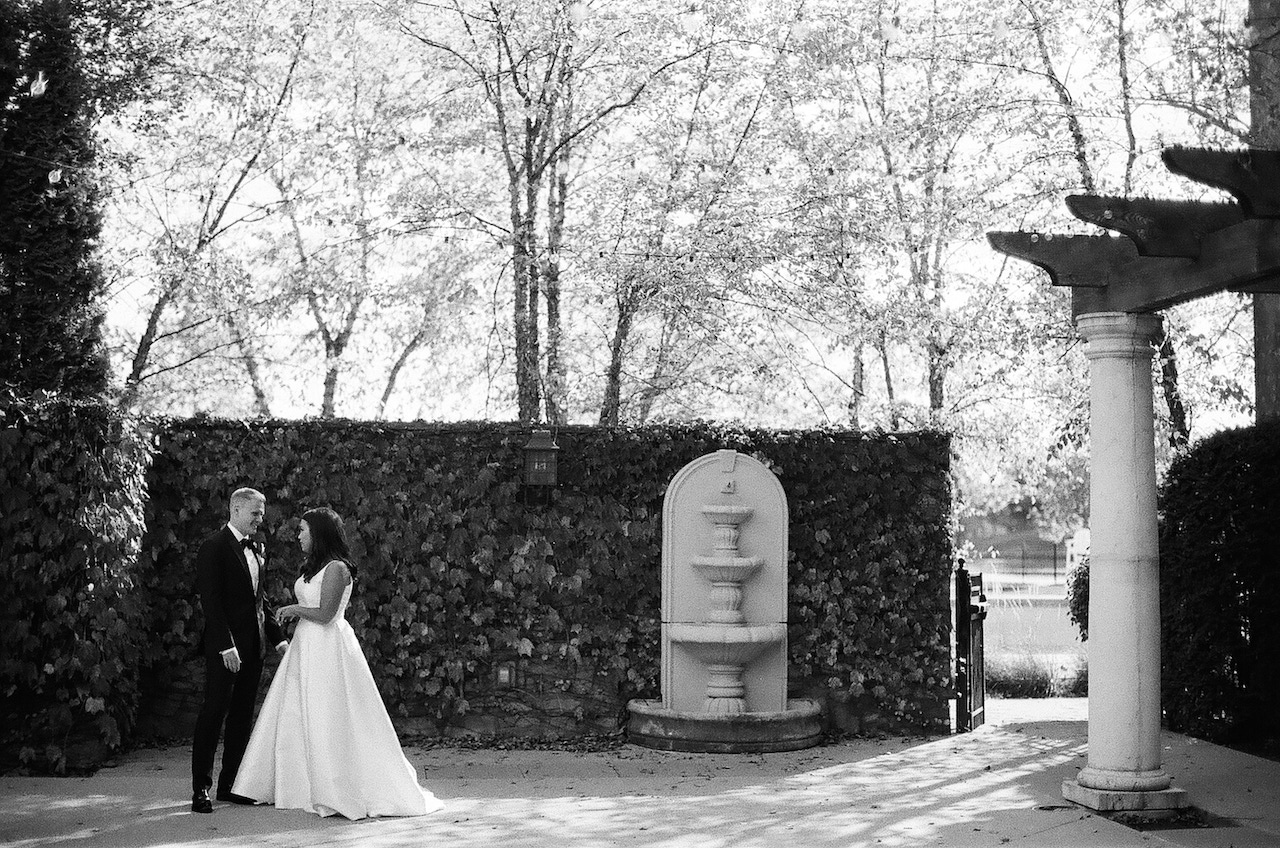 What do you do when your wedding falls in the middle of a pandemic?

For Abigail Swihart Valentine, the key was to not take things so seriously.

“I’m pretty lucky that I can laugh at everything,” Abbey said. “Friends were canceling weddings, moving weddings, but I can always say, ‘cool, whatever.’”

The Valentine’s wedding was ultimately smaller than anticipated, but it wasn’t any less meaningful. The Worthington couple say their big day helped them focus on what really matters.

Mike, a mechanical engineer, and Abbey, who works in real estate development and investing, met in July 2018. Both play competitive volleyball and had ended long-term relationships just a few weeks before.

After a beach volleyball tournament in Dayton, they started hanging out.

“We were playing volleyball together; we would go on runs together, and we decided to sign up for the Columbus half marathon,” Abbey said.

All the activities brought them closer. After running the half marathon together, they dated for less than a year before they were engaged in 2019.

“It was kind of that ‘when you know, you know,’” Abbey said.

In past relationships, Abbey still felt focused more on her career than on her partner, but when she met Mike, she realized she could have both.

“He challenges me intellectually. I have someone who’s super fun, and cool, and actually makes me better,” she said.

“There was just something about her,” he said. “Immediately after we met, I knew that we were going to get married, and that she completed me. In a yin and yang kind of way, we’re a great match for each other.”

Mike’s proposal was to be a big surprise at the Columbus Park of Roses. He told her they were going to a work event, so she had to dress up—despite the fact that she was sick and didn’t want to go.

“I didn’t want to go to my own engagement!” Abbey said, laughing.

To make matters worse, it was Labor Day, and Mike realized too late that Rusty Bucket, where he had said the event would be, was closed. He had to pivot.

“He’s so sweet,” Abbey said. “You kind of had an idea what was coming. I was thinking, ‘Oh my goodness, this poor guy.’”

Mike placed a pretend call to a friend, who “verified” that they were an hour early. With an hour to kill, they explored the gardens and eventually reached a gazebo, with family hiding in the bushes to witness the big question.

Abbey laughed again. “I was wearing high heels, and he was like ‘Let’s go through the grass,’ and I was like ‘Why?’”

Following the engagement, the couple originally decided to take their time with wedding planning and enjoy the process. They chose The Club at Corazon, in Dublin, for its ambience.

She and Mike decided to wait and see how the pandemic played out. They hired a wedding planner to finish the details. The resulting wedding was smaller than anticipated, but kept as much of the original intent as possible, including a wedding party of eight each for bride and groom.

“It really put things in perspective,” Abbey said. “It realigned our focus. Okay, we can’t have this or that, but we can still get married. That thought is what got us through the wedding planning.”

Social distancing also allowed them to focus on the people that mattered most to them.

“We were able to have more of our closer friends there, because we didn’t feel pressure to invite so many other people,” Mike admitted.

The couple have  no regrets about how their celebration ultimately turned out.

“Mike and I were just excited to marry each other,” Abbey said. “Sure, I had this dream of what my wedding would look like, but arguably, we got that dream. It just looked a little different.”