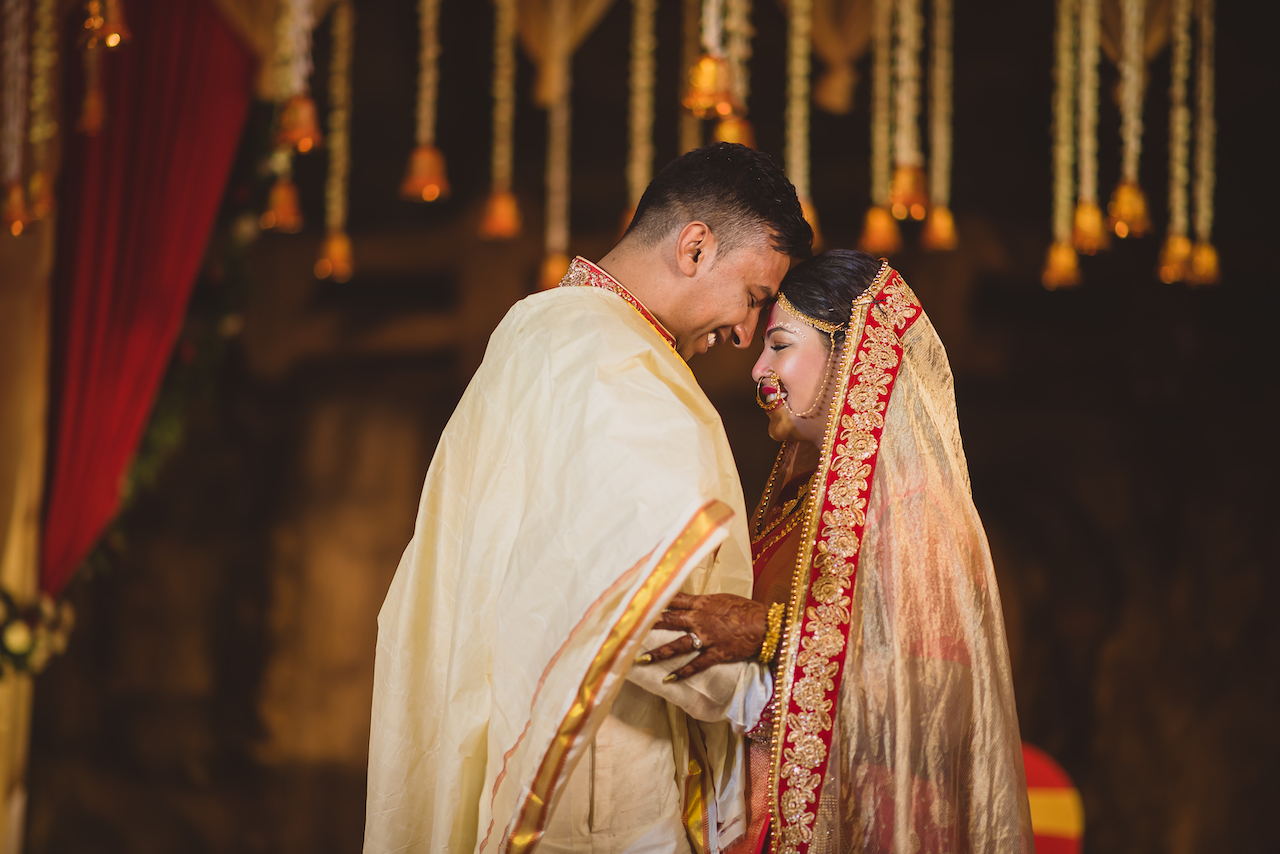 It was when Jinit Haria left Iowa for Ohio that he and fellow Drake University alum Sunrita Sen realized they wanted to be more than friends.

“Once he left, we started to realize that maybe we were more than friends, and we should think about what our relationship was—and if we wanted to start, and continue, a long-distance relationship,” Sen said.

For five years, Sen and and Haria (now Weinland Park residents) did just that, growing closer together despite their physical distance. And when they kicked off their life together as husband and wife, their five-day wedding in Kolkata, India was a celebration not only of their love for each other, but also of the many aspects of their shared ancestry.

Three years later, most of their friends moved on to internships elsewhere. Haria and Sen found themselves spending time together and building a deep friendship.

“We even helped fix each other up with other people,” Sen said, laughing. “So, we were just best friends, but nothing more—we didn’t even think we liked each other [that way].”

Then, after graduation, Haria moved to Columbus to take a job with L Brands.

Sen was applying to law schools, knowing that she would not base her decision on where Haria lived. Haria, on the other hand, was finished with school and starting a job, with a family actively helping him find the right woman for marriage.

“We didn’t know if we wanted to complicate things, or just stay friends,” Sen said.

But Sen soon found herself at Indiana University for law school, and Bloomington was close enough to Columbus for weekend trips. They could see each other more frequently and decided to continue pursuing the relationship.

“We had a lot of cool adventures, despite being apart for most of it,” Sen said.

“I don’t know if it was the cold, but I totally butchered it,” he laughed.

Historically, Sen was never very enthusiastic about marriage. In fact, her family knew better than to try to help her find a partner.

“I’ve always been very headstrong. I was one of those ‘I’m never getting married, I’m never doing any of this, I’m not traditional’ people,” Sen said. “But then you find the right person.”

Sen realized Haria was her person when she saw the way he interacted with her family— he even took a week off of work to spend time with them early in the relationship.

“I couldn’t see a reason I wouldn’t want to be with him,” she admitted.

For Haria, it was the small things.

“Even when we were friends—at the time, I didn’t realize how important the little things are. After I moved to Columbus it was like ‘Oh. I kind of miss just having a lazy day of cooking or watching a TV show,’” Haria said.

Their families, from different regions of India, were somewhat resistant to the couple’s cultural differences at first; but those challenges have since been smoothed over. The couple’s traditional five-day wedding in Kolkata included six events, replete with foods, traditions, and religious elements honoring both families.

The ceremony itself, though, was nontraditional: A woman-officiated Vedic wedding, which goes back to the roots of Indian culture and treats wife and husband much more equally.

“We thought it was the perfect way to celebrate our union,” Sen said.

After the wedding, Sen moved to Columbus, and she and Haria finally were able to once again live in the same city.

“The rest is history,” she said. “We had a lot of challenges, but it all just kind of worked out.”