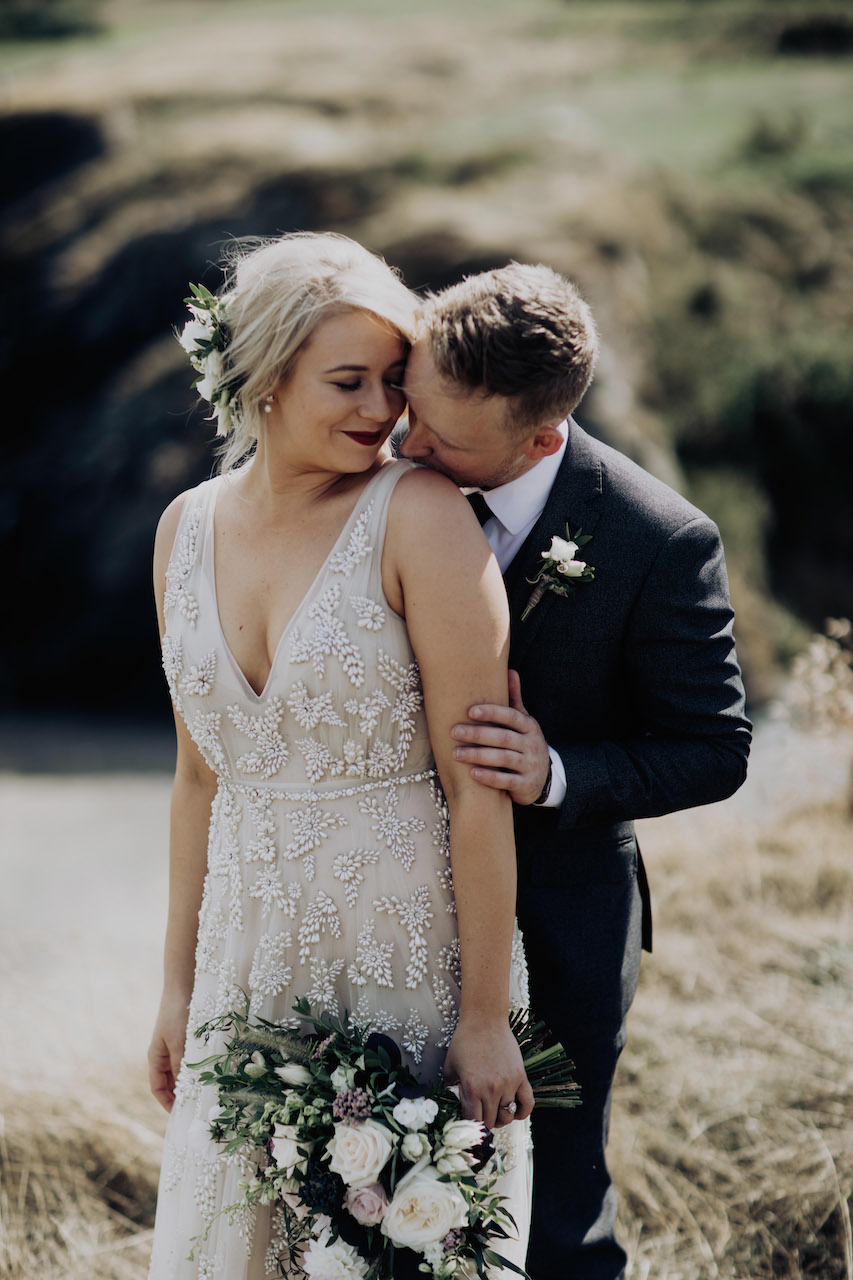 Shanelle Lewis-Ward and Gareth Ward of Clintonville weathered a long-distance relationship through their college years, later settling together in Columbus and recognizing their union with a tiny civil ceremony. Their eventual cross-country celebration, though, was worth the wait, and a symbol of sorts of just how far they came together.

The couple’s origin story began in 2009 at Otterbein University, where Gareth was an exchange student from Ireland. Their sorority and fraternity were brother and sister organizations, and the couple became friends through numerous parties.

In June, Gareth returned to Ireland.

“Right as I was leaving, there was a small flicker of something potentially romantic that never happened,” he said.

“I had a crush, and I was gonna act on it,” Shanelle laughed.

“There was always a little question mark,” Gareth continued. “A couple of weeks after being back home, we were Skyping and sending each other messages on Facebook a lot. Then there was a Sunday where we talked for, like, four hours. And I remember sitting in my bedroom afterward, playing a game on my phone or something, and suddenly thinking ‘Holy shit, that was strange—a four-hour Skype?’”

Nothing was explicitly said, but they both knew, at that point, that they had feelings for each other. Because of the distance, they couldn’t act on those feelings, but Gareth scheduled a fall visit, and they decided to give the relationship a shot.

As for the long-distance part, “It was horrible,” Shanelle said. “We were very, very poor college students.” She and Gareth wrote “really depressing” letters in an era before smartphones and scraped together money for plane tickets, with occasional help from their families.

“They were oddly supportive of us dating someone they barely knew,” she said.

“Every time she’d leave, I’d kind of come to and realize I’d just watched 45 minutes of some rom-com, some horrible thing like ‘27 Dresses,’” Gareth recalled. “Being together was intense, but being apart the first two or three weeks was really, really lonely and isolated.”

“All my classes for my senior year were scheduled after 2 p.m., so I could stay up until the most ungodly hours talking to her,” he continued.

Two years after that fall visit, Shanelle had taken a job with Bath & Body Works, and Gareth moved to Ohio on a fiance visa. He and Shanelle married soon after in a tiny civil ceremony, agreeing they would celebrate with all of the usual festivities someday.

The couple planned their entire 2018 wedding from Shanelle’s family’s farm in Zanesville. There was an additional layer, though: the wedding venue was Tinakilly Country House in County Wicklow, Ireland.

“I had a spreadsheet that was obscene. It was huge,” he continued. “A traditional wedding in Ireland is a chapel and a hotel, but we didn’t want to do that.”

“We planned everything to a T,” Shanelle said.

The couple wrote vows and poetry; Shanelle’s brother officiated, and the guests partied long into the night.

And, for those relatives who couldn’t make the trip to Ireland, the couple had a third, fancy-dress wedding back in the U.S.—”no ceremony, but we put on our outfits,” Shanelle said—complete with photography and a celebratory restaurant dinner.

It certainly wasn’t a conventional path, but they wouldn’t have had it any other way.